The infection of the middle ear is caused by germs that gets trapped in one's eardrum. There are many factors that can cause this condition. This article provides some information about this condition, its causes, symptoms, and treatment. 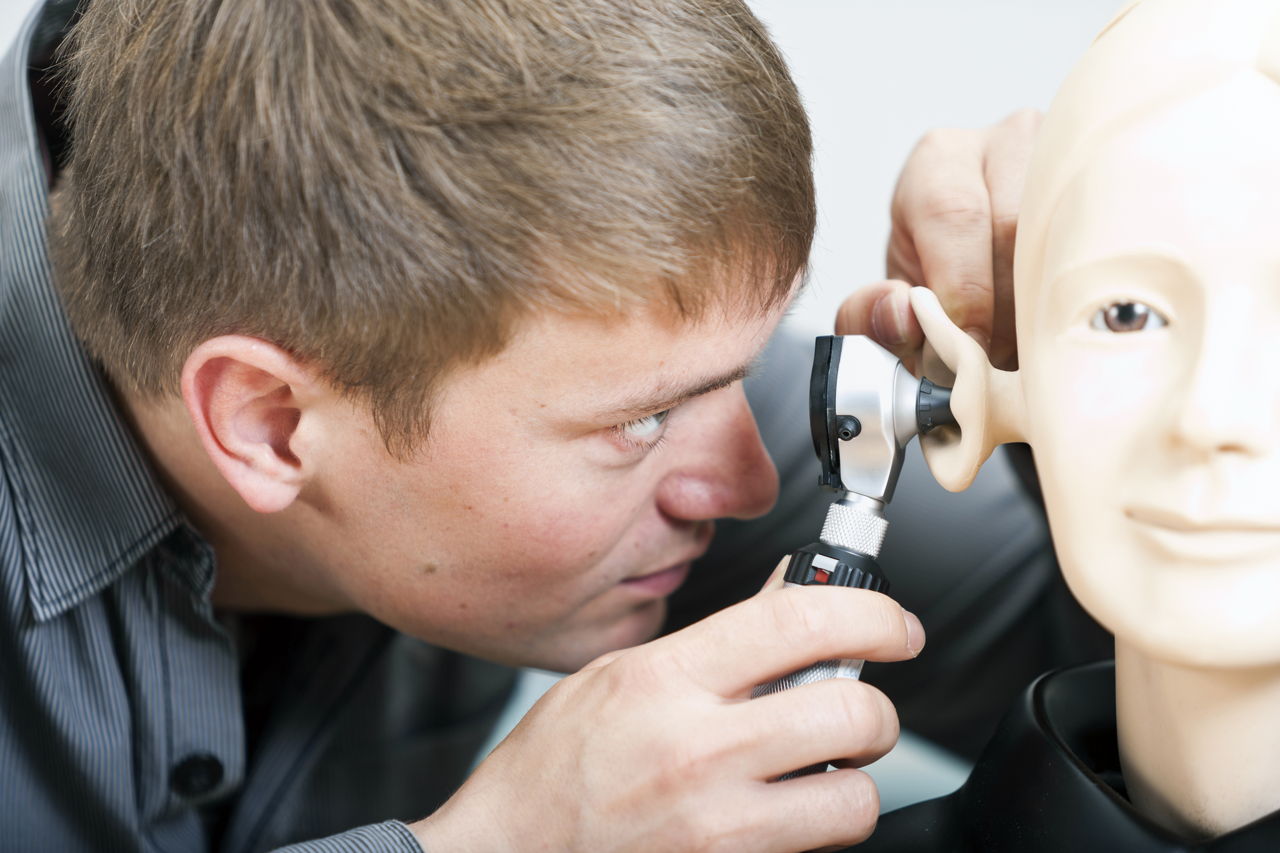 The infection of the middle ear is caused by germs that gets trapped in one’s eardrum. There are many factors that can cause this condition. This article provides some information about this condition, its causes, symptoms, and treatment.

Middle ear infection is also known as otitis media, and is caused by the germs which enter from the nose and the throat, and get trapped in one’s eardrum. The eardrum is the middle part of the ear. These parts (eardrum, nose, and throat) are related to each other by eustachian tubes that connects the middle ear with the back of the nose.

This condition is more commonly observed in children. It develops just few days after a child has a cold or flu. Generally, there are three types of ear conditions. One may experience a sudden but temporary inflammation in the middle ear known as acute otitis media, while another may be the ear infections that keep occurring at regular intervals known as recurrent acute otitis media, and a constant buildup of sticky fluid (effusion) in the middle ear, known as glue ear or OME or Chronic otitis media with effusion.

Children have at least one ear infection by the time they are three years old. Even children who are exposed to smoking at home tend to have more ear infections. After age 5, nearly all the children outgrow their susceptibility to ear infections. Also, this condition is more common in boys rather than girls.

1. Eustachian Tubes: – Sometimes the structure of the ear itself is the cause for infection. Eustachian Tubes get infected due to bacteria, viruses, smoke, or allergens. When infected, these tubes swell and thereby close and trap the infected fluid creating a breeding ground for the germs. This tube may also get blocked when clear mucus made by the lining of the nose and the ear becomes thick especially when one has cold.

2. Bacteria and Viruses: – There are some harmful bacteria that are associated with respiratory infections such as Streptococcus pneumoniae and Haemophilus influenzae. The viruses that are responsible play an oblique role in the infection. It causes inflammation in the nasal passages and a stifling nose, with thick mucus. The virus that is responsible for causing common cold (Rhinovirus) has been found in one to eight percent.

4. Some health related problems: – Children affected by problems of irregular breathing or asthma are likely to have more ear infections as compared to a healthy child. This is also true for those who are prone to allergies and sinusitis. Also children with complicated medical problems such as cleft palate or illness that restrain the body immune system are also at high risk.

5. Lifestyle: – Many children are affected due to the lifestyle followed at home. For example, their exposure to smoking could develop chances of otitis media. Also, formula-feeding small babies could lead to this condition. This is because it doesn’t provide any strength to the immune system of the body as compared to that of the mother’s milk. Also, when the baby is lying down and being fed by the bottle, milk could enter the eustachian tubes from the throat which in turn would lead to an infection. Thus, one should always hold the baby at an angle while feeding.

Initially, when the child is affected by this infection, it may show the symptoms like tugging at the ear, not getting sound sleep, restlessness, inability to stop crying, and sometimes the child may have mild fever. But gradually, one may observe redness around the ear and also a clear, yellowish, or blood tinged fluid coming out of the ear. If this kind of symptom is observed, one should immediately consult the concerned doctor. If the doctor observes a redness of the eardrum with fluid behind it, bulging of the eardrum with pus, then it would mean that the child has developed a severe infection.

There are also many home remedies for ear ache that one can try out at home. In some cases one can have antibiotics such as penicillin or forms of penicillin, for treating a single ear infection or preventing and treating recurrent infections. One could make use of pain relievers as a means of first aid, before the doctor comes. Also, one can take help of heating pads or make use of decongestants. Do not give aspirin to children because it might be dangerous for them.

One can also go for vaccines as they may be effective for children who are liable to recurrent ear infections. Vaccines against the flu and pneumonia viruses help in protecting the ear. However, if the infection fails to respond to the medicines, then one must consult the concerned doctor. Depending upon the seriousness of the condition, he/she may recommend a surgery. There are surgeries which include a minor surgery from drawing of the fluid from the eardrum, to a complex one which involves placing of small tubes in the eardrums, thereby helping to prevent recurrent ear infection and maintaining the hearing ability.