Also known by names such as 'pineal body', 'epiphysis cerebri', 'epiphysis', other than 'third eye', the pineal gland, in ancient times, was associated with great exaggeration of having mystical powers. It is a small endocrine gland (any of the glands of the endocrine system that secrete hormones directly into the bloodstream), that has its location in the vertebrate brain. This gland gets its name from its shape, which is like that of a petite pine cone. To be specific, the pineal gland contains a complete map of the visual field of the eyes and is a vital part of functions essential for the human body. The gland produces what is known as melatonin, a hormone, from the amino acid tryptophan. This hormone, apart from regulating other hormones, maintains the body's circadian rhythm, which is basically the day/night cycle. This cycle has a critical role to play when falling asleep and waking up.
Have you ever imagined why do we sleep at night or why do we feel sleepy when it is dark? This is because of the pineal gland, which produces more melatonin when it is dark. Reversely, when we are exposed to bright lights, the melatonin level drops. Any kind of activity which may disrupt this normal cycle can give rise to pineal gland disorders.
Symptoms
Most commonly, any abnormality in the working of the pineal gland, may signify that there is a mishap in the production of melatonin. For instance, if a person is exposed to too little light during the day or too much light during the night hours, he may be disrupting his pineal gland. Factors such as traveling from one time zone to another (jet lag), working in shifts and poor vision may be responsible for disrupting the melatonin cycles, which may cause deficiency of melatonin or overproduction of the same.
As obvious it is, when there is a deficiency of the hormone melatonin, i.e., the pineal gland is not able to produce sufficient amount of it, then insomnia may be the primary repercussion. Symptoms include, apart from insomnia, increased anxiety, immune suppression, lowered basal body temperature (body temperature in the morning before rising or moving about or eating anything), and an elevated level of estrogen/progesterone ratio.
Excess production of melatonin, as mentioned above is also a form of disorder of the pineal gland. Here, hypotension (abnormally low blood pressure), inadequate function of the adrenal and thyroid glands, and lowered estrogen/progesterone ratio, tend to be the symptoms. One more symptom of this disorder is what is known as Seasonal Affective Disorder (SAD). It is defined as a form of depression which is brought upon by the lack or absence of natural light during the winter months.
Now disorders of the pineal gland, according to experts, could also have their source in tumors. There are three common types of pineal gland tumors and they include gliomas, germ cell tumors and pineal cell tumors. These tumors tend to develop in the region of the gland, and the symptoms that they may trigger include headache, seizures, nausea and vomiting, changes in visual perception and memory disorders.
Treatment
Treating the disorder of low melatonin production involves minimizing exposure to artificial light after sundown, and promoting a healthy circadian rhythm with the help of exercise and day time light exposure. Inculcating a fixed schedule for going to bed and waking up helps manage the problem. So also does practicing meditation techniques for reducing stress. For the other disorder, i.e., excess production of melatonin, one must go for regular exposure to light during the day, and avoiding working in night shifts. Following natural day/night light patterns helps in improving the circadian rhythms of the body and managing stress helps to regulate hormonal production. Not to mention, exercise daily, especially in sunlight.
To conclude, if tumors, as described above, are found responsible for problems with the pineal gland then chemotherapy may be involved in the treatment. This may be followed by radiation therapy. In most cases, surgery is an essential option which doctors go for.
Share This

Chipped Tooth - What to Do? 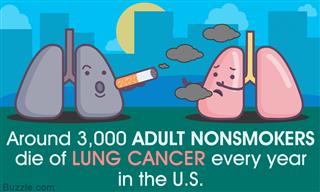