All About Albinism and the Struggles Faced By Albino People

Albinism is a rare genetic disorder. Find out more about people suffering from this problem and their life by reading this article.

You are here: Home / General Health / All About Albinism and the Struggles Faced By Albino People 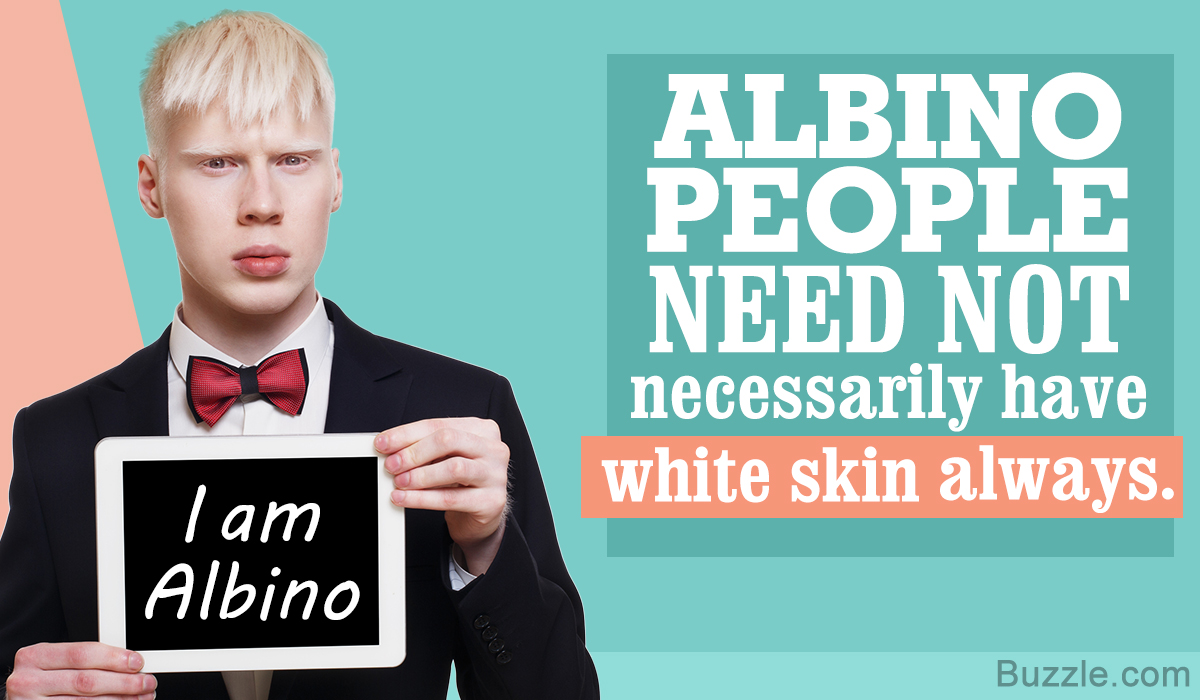 Albinism is a rare genetic disorder. Find out more about people suffering from this problem and their life by reading this article.

He could hear his mother shouting his name, more like screaming than shouting. Though he could hear her perfectly, he preferred to be deaf for a while more. But then, the alarm rang, that was the cue to get ready for school. The door opened, his dad peeped inside to see whether he was up and standing or if he needed a little more than a nudge in the back. Finally, Ron got up, dragged his feet with eyes shut to the mirror. It took him three steps to reach to the mirror. Standing in front of it, he opened his eyes and saw himself in the mirror.

Like a typical teenager, he wasn’t counting the number of zits or whiteheads on his face. He was looking at himself to see what others see him as. He saw a pallid ghost of a young man (although he was just 14 years old, he saw all the makings of a young man in himself). His eyes were light sea blue and his skin was milkish pink. He ruffled his pale white strands of hair, and thought, “Another day of school, one more day of being called a freak, hmm… Wish Sunday would come soon.

Why can’t every alternate day be a Sunday, at least that way school would become bearable.” He sighed, knew he was just day dreaming. He might get late for the school bus if he doesn’t hurry up. Though he truly, for the love of God wished that they could just try to understand albinos instead of labeling them as freaks, whiteface, ghost or any other new name they came up with.

This is the story of Ron and thousand of others who are suffering from the genetic disorder of albinism. Most of us have seen albino people while walking on the road or at a mall, one may even have them as neighbors or classmates or colleagues. But do we ever wonder what their life is like? Does not having something called melanin affect somebody’s life so much that they become different from us? Not really. They are just like rest of us, full of flaws and strengths too.

As mentioned earlier, albinism in humans is an inherited disorder where the body lacks a vital skin pigment called melanin. Melanin is what characterizes the color of our skin. So, people who lack melanin appear to be pale white in skin and hair. This disorder is not only seen in humans but also in many species of animals. Although albino in humans is rare, less than five people in 100,000 are affected by this disorder in USA and Europe alone.

In other parts of the world, the percentage is slightly higher especially in countries like Nigeria and other southern African countries.

People suffering this condition have pure white skin, hair and eyes their entire life. They have to face other health problems as well, like eye problems – fluttering eye movements, poor vision and hyper-photosensitivity. They may also have a squint in one or both eyes.

Ocular albinism is a less severe form of albinism as people who are diagnosed with this condition only lack normal eye color and the rest of their body may have more or less sufficient amount of melanin in it. The albino eye color in humans can be light blue or brown, though extreme albino in humans can also result in pink colored eyes. The pink is due to the color of blood which can be seen through the iris as it is completely transparent or white due to the lack of melanin.

For a person to be suffering from albinism, he has to inherit the mutated gene from both his parents. Albino people are generally more affected from skin cancer compared to others. This is because the lack of melanin increases the risk of melanoma when exposed to sun for long periods of time. Sunburn is also a common ailment among people suffering from this condition.

Under extended sun exposure, their skin might develop dark spots that appear as freckles. However, they are skin discolorations which are the result of destruction of fat and protein cells. Their skin also tend to be leathery in texture if exposed to UV rays for a long time, which ages the skin cells.

Since it is an inherited disorder, there isn’t any cure for albino in humans but due to the advent of modern medicine and science, specific symptoms can be easily dealt with. The key to prevent the occurrence of such a disorder is genetic counseling. DNA testing has helped detect the presence of albino genes in an unborn baby. Hairbulb pigmentation test and chorionic villus sampling test are two main tests which help in diagnosing this condition.

Albino people struggle with health issues all their life, moreover they also have to deal with discriminatory attitude of other people. While albinism is a lifelong disorder, they only hope for and want little empathy from others and rather than being branded as albinos, they want to function as normal individuals of society like you and me.