You are here: Home / General Health / The Many Benefits of Coconut Oil

Coconut oil has a myriad of health benefits.

Coconuts Around the World

Coconuts (copra) grow in the coconut palm trees, in tropical climates. They are a fruit.

In ancient Sanskrit, coconut trees were known as the “provider of all necessities of life’. In Malaysia, they are called “trees of a thousand uses.” And in the Philippines, they are called the “tree of life”.

Botanists term the fruit a drupe. It includes three distinct layers.  The exocarp, mesocarp (or husk), and the endocarp. Every part of the coconut is used. The coconut contains both water and milk. And it also has the meat or fruit in the endocarp layer.

An estimated 92% of coconut oil contains saturated fat. When compared to other oils and fats, coconut oil has a higher saturation content. For instance meat fat is about 50% saturated and soybean and olive oils are even less (15%).

Coconuts have been a staple for people who live in tropical cultures. Nutritional and health studies of those people make a good case for coconuts in the diet.

The Food and Drug Administration (FDA) terms coconut oil as a “safe” food. Over the last 50 years there have been a number of clinical  trials, META studies and medical research.

Through ongoing extensive research we learn that coconut oil can reduce the risk of heart disease, osteoporosis, diabetes, skin infection, cancer, and liver and kidney problems.

Every low-carb diet should include coconut oil. Health is stimulated with it’s use.  It increases energy and helps you quickly burn  body fat. And you can take it off before it accumulates.

It helps with weight loss, in general. It specifically targets the most dangerous body fat (known as visceral fat) in the stomach area.

Coconut oil improves the function of the thyroid gland, which controls metabolism. The key to weight loss is a boost in the metabolism.

The high fat content of the coconut makes it a natural fit for ketogenic dieters. Coconut oil is filled with healthy medium-chain fatty acids (MCFA) fats.

Coconut oil consists of about two-thirds MCFA, also known as medium-chain triglycerides (MCT) which are the key to  healthy ketogenic eating.

Due to its saturated nature coconut oil takes on a solid state until exposed to temperatures below 24 C / 76 F, which is its melting point.

This oil has a high smoke point and can be used for roasting and baking. It is great in protein snacks and candies.

Candy makers may put it into chocolate bars, desserts and yogurt. Many vegans who don’t eat meat, fish, dairy or eggs use coconut oil as a butter substitute. Coconut flour and coconut sugar are a natural alternative to refined flour and sugar with chemical additives.

The “drupe”  has a lot of well documented health and wellness benefits. And it is perfect for use in a ketogenic diet. Basically, with coconut oil on the menu the keto diet goes into high gear. 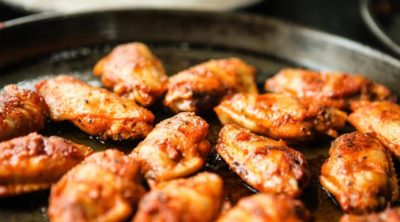 Keto Wings Recipes for Your Next Tailgate Meal 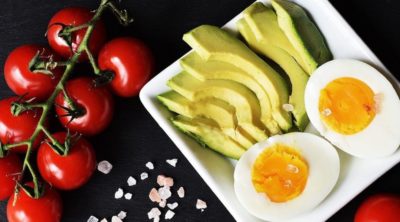 Keto Diet Food Delivery: What are your Options? 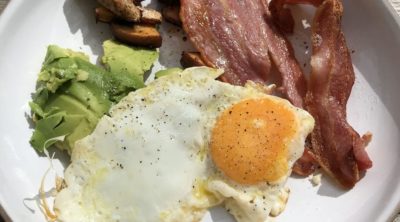