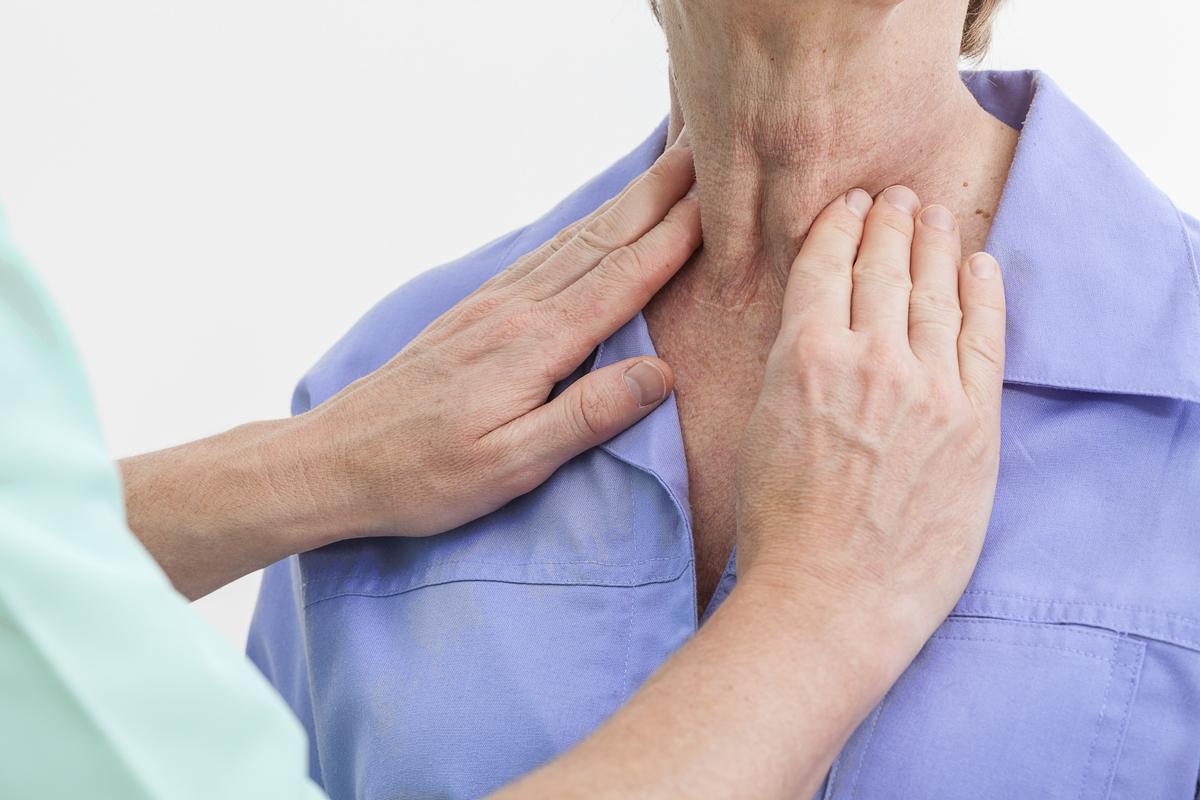 Those who suffer from pituitary disorders or an iodine deficiency are definitely at a greater risk of developing thyroid problems. At times, thyroid disorders could be attributed to the inability of the immune system to differentiate between the foreign cells and the thyroid follicles. Such disorders are medically referred to as autoimmune thyroid diseases. In this article, we will look into the symptoms and treatment options for autoimmune thyroid conditions called Graves’ disease and Hashimoto’s disease.

Hypothyroidism and hyperthyroidism are medical terms that are used to describe thyroid gland problems. When the thyroid gland becomes overactive and begins to secrete excessive amounts of these hormones, one is said to suffer from hyperthyroidism. The symptoms that one may experience due to this condition include weight loss, fatigue, depression, hand tremors, excessive sweating, frequent bowel movements, nervousness, changes in sex drive, insomnia and behavioral problems.

As mentioned earlier, an autoimmune disease occurs when the antibodies cannot differentiate between the body’s own cells and the foreign cells, and start targeting the body’s own cells. One is diagnosed with an autoimmune thyroid disease when the antibodies target the thyroid gland. Hashimoto’s thyroiditis, Graves’ disease, Hashitoxicosis and autoimmune atrophic thyroiditis are all autoimmune diseases. Inherited genes or environmental factors could make one susceptible to such immune reactions. One may be genetically predisposed to such diseases. At times, stress or hormonal imbalance may act as triggers. Here’s some information on the symptoms of each of these diseases.

Graves’ disease is another autoimmune disorder wherein the thyroid gland produces excessive amounts of thyroid hormones on being stimulated by an antibody called thyrotropin receptor antibody (TRAb). This disease is a form of hyperthyroidism which is why one may experience symptoms such as excessive sweating, anxiety, increased sensitivity to heat, insomnia, fatigue, rapid heartbeat, hand tremors, frequent bowel movements and enlargement of thyroid gland. One may even suffer from weight loss despite eating a proper diet. Women may also suffer from menstrual problems due to this condition. One may also suffer from Graves’ ophthalmopathy, a condition associated with the protrusion of eyeballs.

Thyroid conditions can be diagnosed with the help of blood tests or imaging procedures such as a thyroid scan or thyroid ultrasound. If the tests reveal a cancerous growth, a thyroid biopsy can be performed for checking if the growth is malignant or not. A sluggish thyroid or hypothyroidism due to Hashimoto’s disease can be treated with the help of synthetic levothyroxine pills. Since certain food items or supplements can affect the absorption rate of the synthetic thyroxine, one might be asked to follow certain dietary guidelines.

On the other hand, antithyroid drug therapy and radioactive iodine treatment is recommended for treating Graves’ disease. Radioactive iodine helps in destroying the overactive thyroid cells and may cause the thyroid function to decline. If the thyroid gland function declines considerably, one may have to use synthetic hormone pills later. Beta blockers and other drugs may also be prescribed for alleviating other symptoms.

Removal of the thyroid gland (thyroidectomy) is resorted to, only in rare circumstances, when drug therapy doesn’t seem to be of much help. Since other autoimmune conditions such as celiac disease, rheumatoid arthritis, Addison’s disease or vitiligo can also co-exist with the autoimmune thyroid disease, one must get thorough medical checkups done and have the thyroid hormone levels monitored at regular intervals.

An autoimmune thyroid disease can have serious repercussions on one’s health. It is therefore important that this disease is diagnosed at an early stage. A delay in diagnosis and treatment may affect one’s quality of life which is why one must consult a doctor on experiencing any of the aforementioned symptoms.