There are a number of options when it comes to treatment of cough. From allopathic to homemade remedies, there is a plethora of medicines. But you need to choose carefully according to your body's requirement. 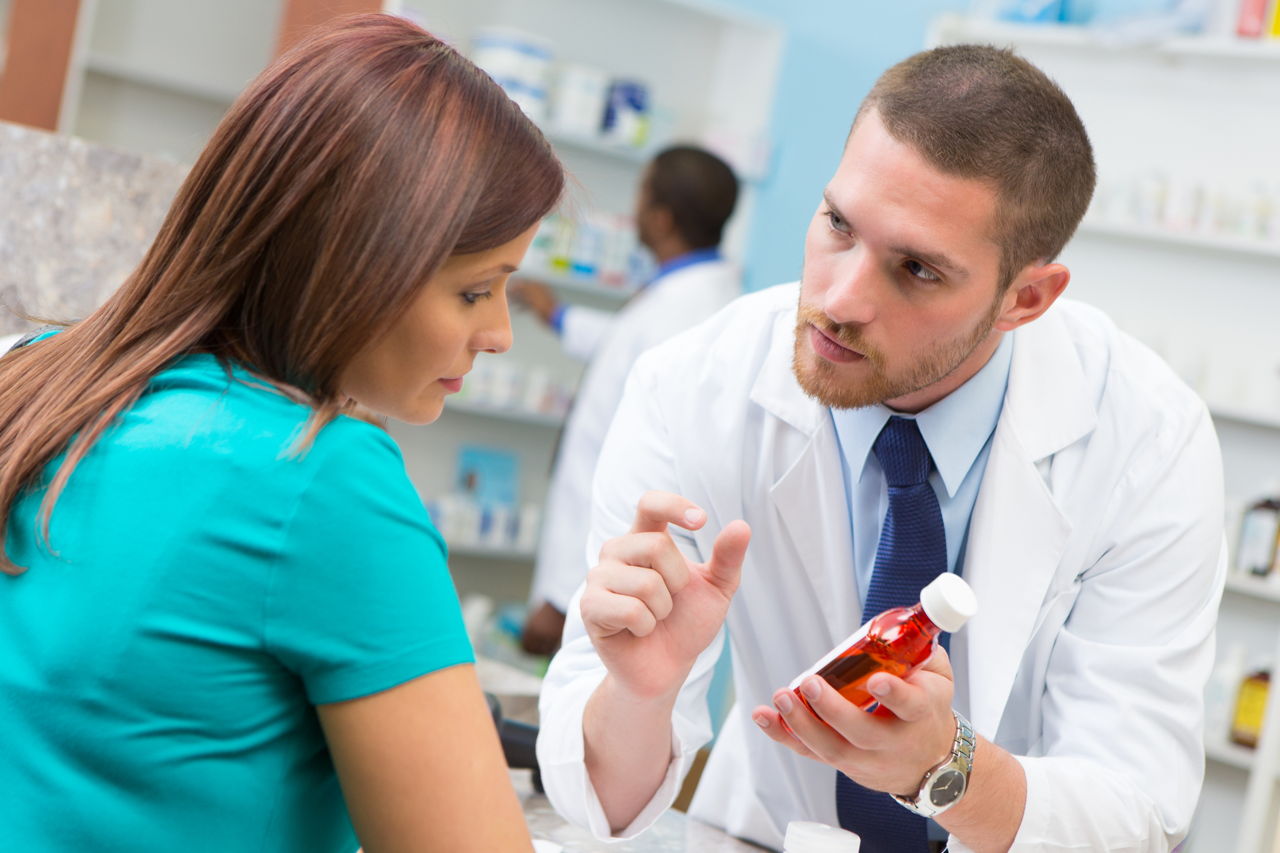 There are a number of options when it comes to treatment of cough. From allopathic to homemade remedies, there is a plethora of medicines. But you need to choose carefully according to your body’s requirement. 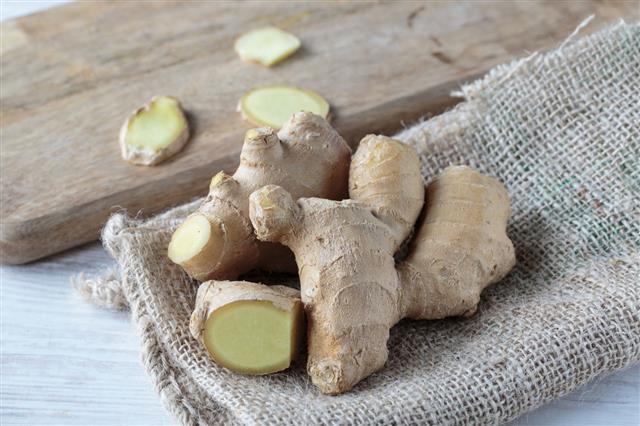 Medication for cold and cough are used mainly as a remedial measure to relieve excessive mucus or phlegm caused by common cold or influenza. The same medicines are not used for getting rid of excessive phlegm that may be seen in people suffering from asthma or emphysema. Till date, a cure for common cold has not been found. However, the symptoms can be alleviated with the help of certain drugs. A range of over-the-counter medicines as well as home-remedies have proved to be effective in providing relief from acute cough that may be caused due to respiratory infections significantly. Here are some medicines that may make you feel better in a short period of time.

Over-the-counter or OTC drugs are the medicines that you can buy from any pharmacist without any prescription.

There are medicines available to treat both cold and cough, generally known as cough and cold combination medication. These types of medicines contain more than one or combination of different ingredients. So before you take any medication, it is advisable that you research on the ingredients present in the medicine. These medicines may include antihistamines and decongestants.

Antihistamines are medicines used to combat various types of allergies such as hay fever, allergic rhinitis, amongst others. They also play a major role is relieving certain symptoms of common cold and cough. These prevent histamine that is formed during an allergic reaction from acting on the tissue. There are two types of antihistamines which are available over the counter; first generation OTC antihistamine and second generation antihistamine. Some of them are given below.

Decongestants are medicines that narrow down the blood vessels in the nose, throat and the sinuses. This reduces the swelling in the nasal passages, thereby clearing nasal congestion. Available as tablets or nasal sprays, decongestants can be taken by a person experiencing symptoms of common cold and cough, hay fever, sinusitis or flu. However, the narrowing of the blood vessels to relieve nose blockage can raise the blood pressure of people suffering from hypertension. Some decongestants include;

Decongestants are generally not recommended for pregnant women, patients with high-blood pressure and children who are less than 12 years of age. Usually, adverse side effects are not observed on the intake of decongestants; they are usually mild and include headache, dry mouth and overall weakness. They can also cause temporary loss of sleep, and a feeling of dizziness.

Usually, Pseudoephedrine is sold only with prescription, sometimes along with photo identification, to prevent the use of a drug called methamphetamine or meth. This is because of the increase in the number of cases where people were found preparing meth by illegally combining pseudoephedrine and other substances.

If the narcotic-based antitussives are used over a long period of time, you may easily develop a habit and the physical and psychological dependence will tend to increase and will result in withdrawal symptoms once you stop the intake.

Codeine and Dextromethorphan are the most commonly used antitussives. Found in opium, codeine is a habit-forming narcotic drug. In solid form, it is used as a pain-reliever and as a cough suppressant in liquid form. If taken in correct amount, codeine has mild side effects which go away once your body is adjusted to it. These include vomiting, headache, drowsiness and nausea. Dextromethorphan, on the other hand, is a non-narcotic antitussive but may cause adverse side-effects when taken in excess. The side effects include hallucinations, excessive sweating, vomiting or blurred vision.

Expectorants thin the phlegm or mucus so that the chesty coughs are brought up, making it easier to cough. Although they do not speed up the recovery, following expectorants are unlikely to have any side effects even when mixed with other medicines.

Amongst these, guaifenesin is the most common and important expectorant used in the treatment of cough. Others, such as Eucalyptus and Potassium Iodide have not proven to be effective at every instance. Thus it is always advised to drink plenty of water to loosen the mucus.

Commonly known as pain-killers, analgesics help in relieving pain and other aches that are related with common cold and cough. These medicines include:

Large amount of these analgesics can lead to severe damage to the kidney and cause cancer. Also, children below 4 years of age and those in their teenage should strictly refrain from these medicines as they can cause Reye’s syndrome.

Remember, babies or children below 4 years of age should not be given over-the-counter cold and cough medication as they may lead to some grave or life-threatening side-effects.

Ginger: Ginger is a natural pain killer and possesses anti-inflammatory agents that help relieve irritation of sore throat. Thus, drinking ginger tea or juice or simply chewing a ginger root helps thinning the mucus in the lungs, and acts as an excellent cough suppressant. Pregnant women should refrain from using ginger medicinally.

Garlic: Garlic helps tackle the root cause, that is common cold and flu. Take a handful of garlic cloves and chop them. Place the chopped garlic in a mason jar and cover it completely with honey and close the jar with the lid. Refrigerate and marinate it for at least 24 hours. Take a tablespoon of this syrup whenever you have the sensation of cough. Ideally, it should marinate for at least 2 weeks, however, 24 hours is enough.

Honey and Lemon: Add a tbsp of honey to quarter cup of hot water and stir the mixture thoroughly. Add a tbsp of lemon and drink it at one go. Honey is antibacterial and will kill germs in the respiratory tract and lemon clears the passage.

Cherry: Get hold of a cherry bark (around 2 oz.) from a wild cherry tree. Boil the bark in the saucepan for 10 minutes in about 2 cups of water. Place a lid on the pan after it boils. Let the bark transfer its medicinal properties to the water. For making the bitter solution on account of the cherry bark, add sugar or honey for sweetening it. Have it every four hours.

Steam/Saltwater: Add half a teaspoon of salt to warm water and gargle. This will surely provide relief. You can also take hot water in a bowl, add a few drops of menthol oil or eucalyptus oil, place a towel over your head and inhale the trapped steam. If you are vary of using any type of oil, inhaling steam of plain hot water will also work.

Chicken Soup: Chicken soup accelerates the movement of the mucus or phlegm thus relieving chest congestion and severe bouts of cough. It also has anti-inflammatory properties that subdue the movement of the immune system cells (neutrophils), which can cause inflammation.

Natural cures would have no side effects unless you are allergic to them. If it is a chronic case, it is always advisable to consult your physician immediately.