When it comes to health care, some countries score higher in terms of quality of care, access, and efficiency. This HealthHearty article provides information on the healthcare systems of nations studied in the Commonwealth Fund Report.

You are here: Home / General Health / A List of Countries That Offer the Best Health Care in the World 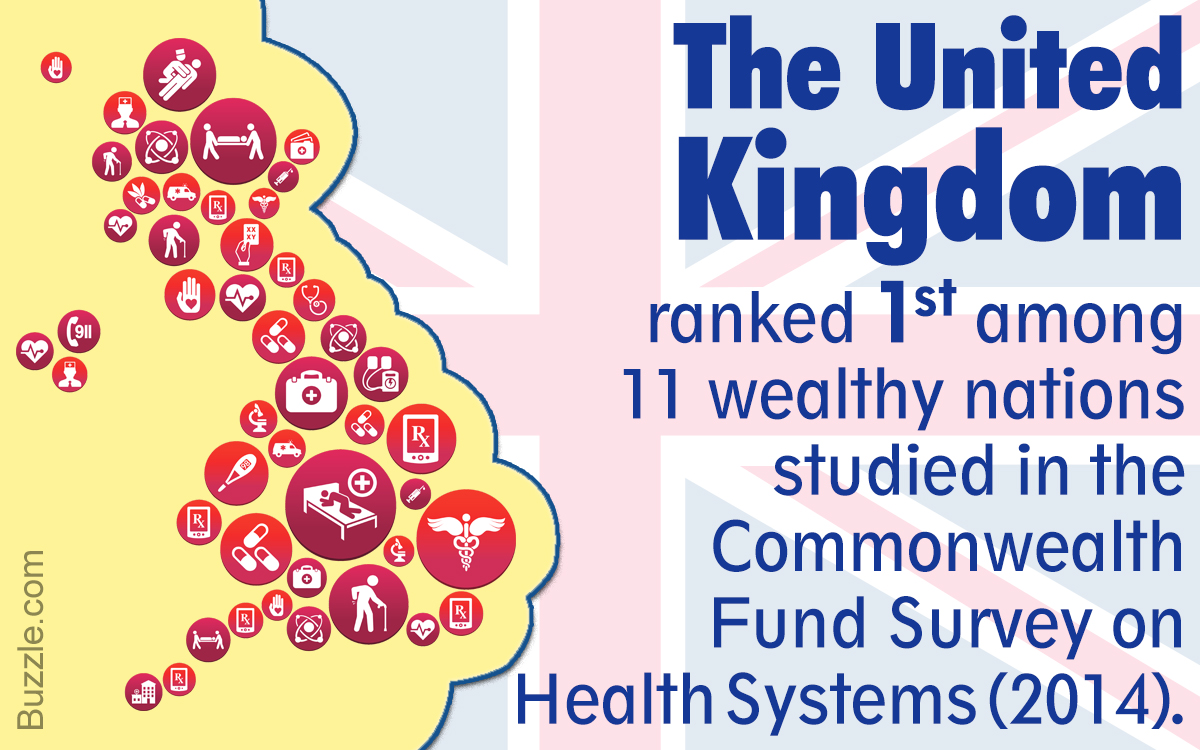 When it comes to health care, some countries score higher in terms of quality of care, access, and efficiency. This HealthHearty article provides information on the healthcare systems of nations studied in the Commonwealth Fund Report.

Though the U.S. spends a higher portion of its GDP on health care than any other country, it ranked last in a survey conducted by the Commonwealth Fund in 2014. This survey assessed the healthcare systems of the United Kingdom, United States of America, Switzerland, Sweden, Australia, Germany, Netherlands, New Zealand, Norway, France, and Canada.

A healthcare system is a network of institutions, individuals, and resources involved in the delivery of health care services within a geographical area. Thus, hospitals, clinics, community health centers, pharmaceutical companies, providers of health insurance, Ministries of health, organizations dealing with financing and management of resources, etc., are all a part of the health system.

According to the World Health Organization, a health system consists of all organizations, people, and actions whose primary intent is to promote, restore, or maintain health. This includes efforts to influence determinants of health as well as more direct health-improving activities. A health system is therefore more than the pyramid of publicly owned facilities that deliver personal health services. The following sections provide details from the Commonwealth Fund Survey 2014 and WHO 2000 report on health care.

Commonwealth Fund, a nonprofit organization that supports independent research on health and social issues, published a report in 2014. It assessed the standard of health care in eleven developed nations that included:

The report ranks each healthcare system on the basis of five categories:

The indicators of quality are grouped into four categories:

In terms of quality care, the top three spots were bagged by the United Kingdom, Australia, and Switzerland. New Zealand ranked fourth, whereas the United States and Netherlands both held the fifth position. Germany, France, Canada, Sweden, and Norway held the seventh, eighth, ninth, tenth, and eleventh rank, respectively.

Effective care is an indicator of quality, which is determined by finding out if the services are effective and appropriate for the prevention and treatment of a given condition, as well as controlling chronic illness. For instance, sending reminders to patients who are due or overdue for tests or follow-up visits, and discussion of lifestyle-related issues can help in the prevention of diseases. An effective healthcare system can also be determined by the level of care provided to those with chronic illnesses. The following list provides the rankings (best to the worst) of these eleven countries in terms of effective care:

Safe care implies avoiding medical errors or injuries to patients from the care that is intended to help them. Thus, precautions must be taken to prevent sicker patients from contracting an infection during a hospital stay or shortly after. The following list provides the rankings (best to the worst) of these eleven countries in terms of safe care:

Lack of coordinated care could have an adverse effect on the delivery of effective care, thereby raising the costs of treatment. There’s a need for proper communication among patients, physicians, and hospitals. For instance, providing a written plan on aftercare measures after discharge can certainly prove beneficial. The following list provides the rankings (best to the worst) of these eleven countries in terms of coordinated care:

Countries fared better in this category when there was proper communication between the patient and healthcare provider. The patient is more likely to continue seeking medical assistance from the same healthcare provider when care is provided while keeping the needs and preferences of the patient in mind. This is most likely to happen when the healthcare provider gives clear instructions, explains all the options to the patients, and encourages them to ask questions. The following list provides the rankings (best to the worst) of these eleven countries in terms of patient-centered care:

Health systems were also ranked on the basis of access to care. In a good healthcare system, patients are able to obtain affordable care and receive medical attention on time. On the other hand, countries where patients did not get the needed medical attention due to the inability to pay medical bills got a lower rank.

Access is further divided into cost-related problem and timeliness of care.

The following list provides the rankings (best to the worst) of these eleven countries in terms of cost-related problem:

In countries with a good healthcare system, patients have rapid access to basic medical care and non-emergency surgery. The following list provides the rankings (best to the worst) of these eleven countries in terms of timeliness of care

The quality of care should be maximized in terms of the resources. The resources should be well-spent. Avoidance of administrative hassles and insurance-related issues, timely access to records, etc., can help maximize efficiency. The following list provides the rankings (best to the worst) of these eleven countries in terms of efficiency

Equity refers to delivery of good care to all, irrespective of location, socioeconomic status, gender, or ethnicity. Countries where patients with low income go without the needed care due to costs got a lower rank. The following list provides the rankings (best to the worst) of these eleven countries in terms of equity

In this category, countries were ranked on the basis of the mortality rates amenable to health care, infant mortality rate, and healthy life expectancy above the age of 60 years. The following list provides the rankings (best to the worst) of these eleven countries in terms of healthy lives:

The rankings or the scorecard in the Commonwealth Fund is based on the information from the WHO 2000 report on health care, patients’ and physicians’ survey results on care experiences and ratings on various dimensions of care, data from the recent Commonwealth Fund international surveys, etc.

In 2000, the World Health Organization ranked the nations on the basis of the level of health care provided to the citizens in their respective countries. However, WHO doesn’t release such rankings anymore, as this is a very complicated process. The rankings are based on the data released in 2000 by WHO.

On a concluding note, the top ranking of the United Kingdom in the Commonwealth Fund Report 2014 might be attributed to the fact that there are no direct costs to patients, as health care is administered universally by the National Health Service (NHS). While most patients receive information for follow-up appointments in United Kingdom, Switzerland is known for providing care, irrespective of class or income. Also, the needs and preferences of the patients is given importance in Switzerland. Sweden scored well in efficiency and healthy lives categories. Australia has a universal healthcare system, and it is known for its efficiency in providing care to chronically ill patients. Though Germany provides universal health coverage, it needs to catch up with the leaders in health care. Surprisingly, the United States of America finds itself at the bottom of the list in the overall ranking, as well as the categories such as access (cost-related problem), equity, efficiency, and healthy lives.