'Blocked arteries' refers to the clogging of arteries due to plaque deposition in the arterial walls, which hampers blood flow. Blockages in the major arteries and their consequences, as well as the diagnostic and therapeutic procedures have been discussed in the following article. 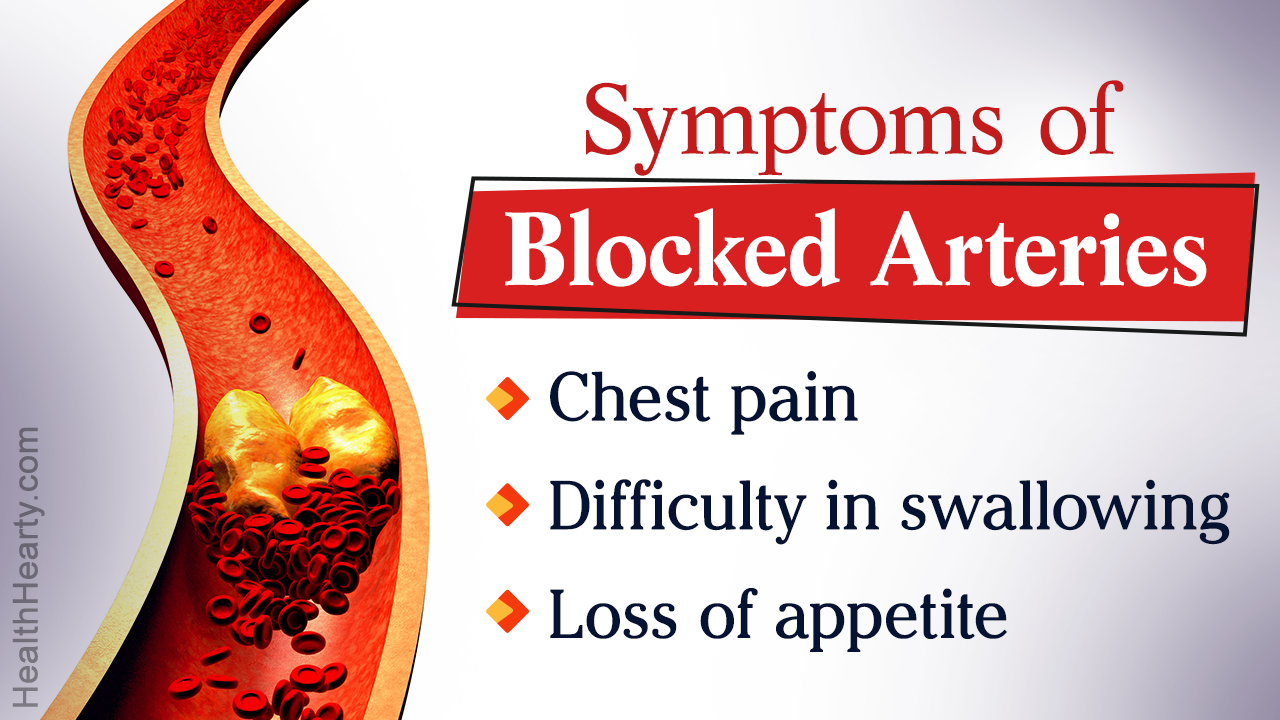 ‘Blocked arteries’ refers to the clogging of arteries due to plaque deposition in the arterial walls, which hampers blood flow. Blockages in the major arteries and their consequences, as well as the diagnostic and therapeutic procedures have been discussed in the following article.

The human circulatory system is a complex system involving the heart and a network of blood vessels. It is responsible for:

Healthy arteries have a smooth lining. However, sometimes small tears in the inner arterial lining causes some of the circulating substances to accumulate in the arterial walls. These include fats, cholesterol, calcium, fibrin (protein involved in blood clotting), inflammatory cells, proteins and cellular wastes. The deposits of these cells and molecules harden to form plaques, which lead to clogging of arteries, and narrowing of arterial lumen.

Such hardening of arterial walls is called atherosclerosis or arteriosclerosis or artery disease. As a result of this, blood supply to the respective tissue is partially or totally restricted (ischemia) leading to tissue damage or death, depending upon the degree of blockage.

Aorta, the largest artery of the body, originates from the left ventricle, and further branches out into a network of arteries that provide oxygen, nutrients and other vital metabolites to every cell of the body. Atherosclerosis can occur in any artery of the body, thereby compromising the blood supply to that particular organ or tissue. The figure below indicates the locations of some major arteries in the body.

Blockage and its Symptoms

The precise signs and symptoms depend on the type of artery affected, and are usually manifested when there is a substantial or total blockage in the artery. Given below is a list of the commonly affected arteries, the organs/tissues which depend on them for blood supply, and the corresponding symptoms indicative of a blockage.

The left and right carotid arteries are involved in blood supply to the brain and facial tissues. Their blockage is termed as carotid artery disease (CAD), and is the leading reason for strokes. Other symptoms include:

This artery and its branches are the major blood vessels that supply blood to the cerebellum, medulla oblongata, vertebral column and arms. Subclavian artery stenosis or blockage affects hand muscles as well as certain neurological functions leading to:

The celiac artery as well as the superior and inferior mesenteric arteries supply blood to the gastrointestinal organs of the body. Narrowing of these arteries affects the digestion and absorption processes, and leads to the following symptoms:

The aortic branches that supply blood to the kidneys are called renal arteries. Narrowing or blockage in these arteries leads to an increase in blood pressure, a condition termed as renovascular hypertension (RVH). Severe blockage alters kidney function which leads to:

In the region located just below the navel, the aorta branches out into two iliac arteries, which further branch out to ensure blood supply to the legs. Hampered blood flow through the iliac arteries leads to weakening, and even damage, of leg muscles which is manifested as:

Apart from a physical examination, and the review of symptoms as well as medical history, several imaging and pathological tests are useful to detect blocked arteries. Symptoms and their severity is an important criteria in deciding the diagnostic investigations to be performed.

The precise treatment for blocked arteries depends on the degree of blockage, severity of symptoms, location of blockage, age, and medical history of the patient. The various treatment options available have been described below.

For mild to moderate symptoms, nonsurgical treatments are advised, which include the use of:

Dietary modifications and increase in physical activity through regular exercise are a vital part of the treatment prescribed for arterial blockages. These help in maintaining a healthy weight and reducing the cholesterol levels, thereby decreasing the chances of more blockages. Some of the recommendations are as follows.

Invasive and surgical treatment is advised in case of severe blockage and ischemia. Techniques like angioplasty, atherectomy and endarterectomy employ mechanical methods to widen the arteries or remove plaque. Bypass surgeries for arteries involve the rerouting of blood flow by using grafts. The exact method to be used depends on the location and degree of blockage, as well as the accessibility of the blocked artery. Some of these methods are:

Angioplasty is a minimally invasive procedure used to open up clogged arteries in almost any part of the body. In balloon angioplasty, a small balloon is guided to the site of blockage, and inflated to compress the plaque and thus widen the artery.

This procedure is similar to balloon angioplasty, but involves the use of a small, expandable metallic mesh called ‘stent’, along with the balloon.

The stent is placed around the balloon in a compressed form, and this assembly is placed at the tip of a catheter. It is then guided to the site of blockage as done during a balloon angioplasty. When the balloon is inflated, the stent expands and compresses the plaque. The balloon is then deflated and removed, leaving behind the stent which acts as a support and helps to keep the artery open.

This is a minimally invasive procedure that involves the use of specialized catheters for mechanical removal of plaque from the arterial walls. The plaque is either scraped out or pulverized with the help of tiny blades. The design and working of these devices ensures that the arterial wall remains damage-free.

The catheter is inserted into an artery in the leg or arm, through an incision in the groin or wrist. It is then routed to the blockage site, and the plaque is mechanically scraped out. Depending on the type of device or catheter used, atherectomy procedures employed are:

This surgical procedure involves the manual removal of plaque from the affected artery. It is generally used in case of arteries that are easily accessible, and is more commonly used in the treatment of carotid artery blockages.

In this procedure, a general or regional anesthesia is administered, and an incision is made at an appropriate region of the skin, so as to view the affected artery. A tube called ‘shunt’ may be attached to temporarily reroute the blood flow that occurs through the blocked region. At the blockage site, the arterial wall is incised along the length of the artery, and the plaque is pulled out manually. Dead tissue, if any, is also removed. The artery is then stitched close, the shunt is removed, and the incision site on the body is stitched close.

Bypass surgeries for blocked arteries involve re-routing blood flow through the blocked portion, by using an artificial graft or a piece of healthy vein removed from some other part of the body, especially saphenous vein in the leg.

General or regional anesthesia is administered depending on the location of the blockage, and an incision is made at the part where the blocked artery is located. The artery is clamped at the proximal and distal ends of the blocked area, and a graft is sewn to replace the blocked section or create a path for the blood to flow around it. Normal blood flow through the newly created path is ensured, and the incision site is stitched close.

One or more of the treatment options may be employed in case of severe blockages. However, these medical procedures do not guarantee the non-occurrence of plaques. Hence, it is utmost essential to follow a healthy lifestyle in order to prevent the formation of plaques in newer regions. 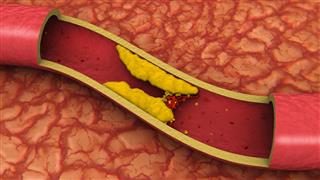 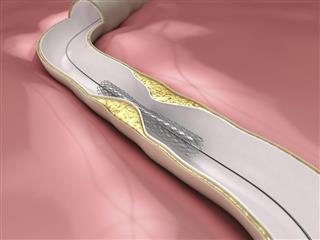