Blood Clot in the Brain

A thrombotic stroke is a type of ischemic stroke that is caused due to the presence of a blood clot in the brain. The following write-up provides information on the causes, symptoms, and treatment of an ischemic stroke.

You are here: Home / General Health / Blood Clot in the Brain 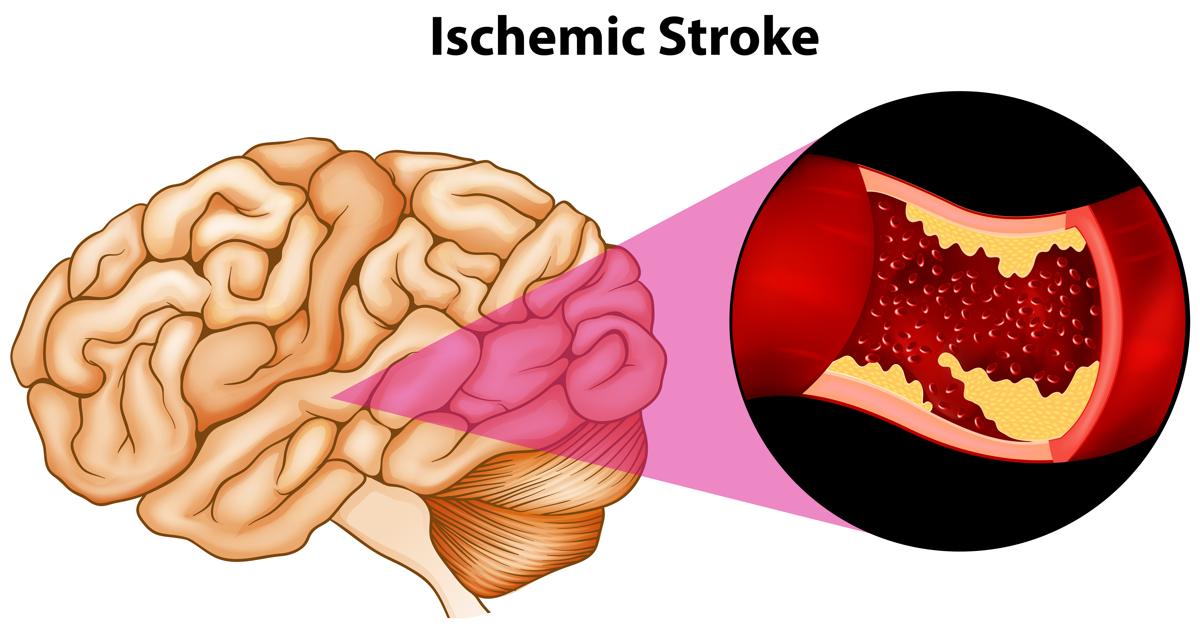 A thrombotic stroke is a type of ischemic stroke that is caused due to the presence of a blood clot in the brain. The following write-up provides information on the causes, symptoms, and treatment of an ischemic stroke. 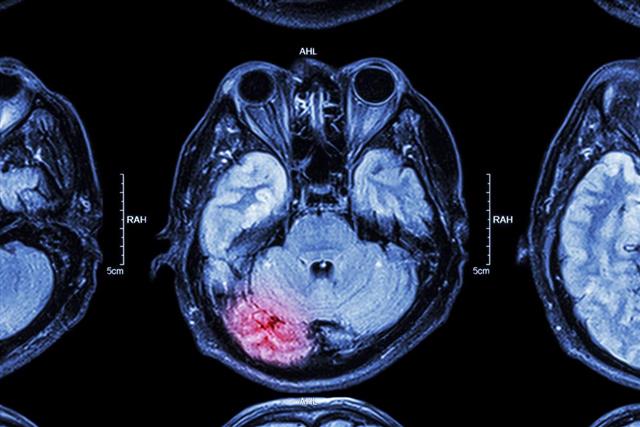 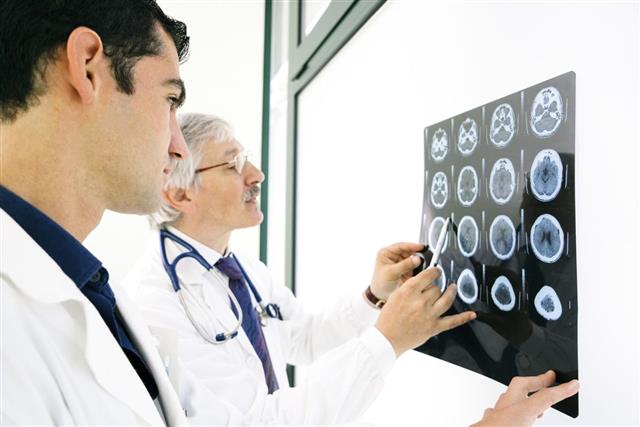 The formation of blood clots is actually a protective mechanism employed by the body, to prevent blood loss in the event of a ruptured blood vessel. However, problems arise when blood clots form in the blood vessels that supply blood to vital organs such as the brain, heart, lungs, kidneys, etc., thereby obstructing the flow of blood to these organs. The term ‘ischemic stroke’ refers to a medical condition that is characterized by reduced supply of blood to the brain due to a blockage in the artery.

An ischemic stroke could be thrombotic or embolic. A thrombotic stroke is said to occur when the blood flow to one part of the brain, is cut off due to a blockage in an artery by a blood clot. On the other hand, a transient ischemic stroke occurs when an artery that supplies blood to the brain becomes blocked for a short period of time. When the blood clot travels from another part of the body to an artery, that is either located in the brain or leads to the brain, the affected individual is diagnosed with an embolic stroke.

Reduced supply of blood to the brain deprives it of oxygen and nutrients, thereby causing brain cells to die. If a person is exhibiting signs of a stroke, medical attention must be sought at the earliest to avoid brain damage.

Atherosclerosis
Atherosclerosis, which refers to the narrowing of the arteries due to the presence of fatty deposits or plaque inside the arterial walls, is one of the most common risk factors for thrombotic stroke. This condition is most likely to affect people with elevated cholesterol levels in the blood.

Traumatic Brain Injury
Traumatic head injuries could also lead to the formation of a blood clot in the brain. Blunt trauma to the head could occur if a person receives a blow to the head. Bleeding could occur within the brain if a sharp object penetrates the skull.

Heart Conditions
Blood clots may form in the heart due to heart conditions such as myocardial infarction, atrial fibrillation, or abnormalities in the heart valves. These blood clots could break away and travel to the brain.

Other Risk Factors
Medical conditions such as hypertension and diabetes put a person at an increased risk of suffering from an ischemic stroke. Heavy smokers are also susceptible. The risk is also higher in people who are affected by blood clotting disorders.

A lacunar stroke is caused by a blockage of any of the smaller arteries. The outlook is better for a lacunar stroke, where the extent of brain damage is less detrimental in the event of a blockage in small arteries.

In the case of a mini-stroke, or a transient ischemic attack, there is a sudden onset of symptoms that may resolve within a few minutes to a couple of hours. However, an ischemic stroke could sometimes lead to a full-blown stroke. Some of the symptoms that indicate the formation of a blood clot in the brain include the following:

➞ Seizures that may last for up to 2 minutes. However, if they last longer, it may be a cause for worry.

➞ One of the early warning signs of a stroke are recurring headaches. The headaches may be accompanied by dizziness, confusion, or altered consciousness. More often than not, these headaches affect one side of the brain.

➞ If the left side of the brain is affected, speech problems such as slurred speech or difficulty in speaking, may be experienced by the affected individual.

➞ Paralysis of the face, arm, or leg, especially on one side of the body could occur due to a thrombotic stroke.

➞ Vision may be affected. Blurred vision in one or both eyes, double vision, or a sudden loss of vision, could occur due to a blockage in the artery supplying blood to the brain.

➞ Poor coordination and loss of balance could occur when the blood supply to the brain is obstructed by a blood clot.

➞ At times, mood changes could be attributed to an arterial blockage in the brain.

The treatment would vary, depending on the underlying cause. Certain diagnostic tests may be conducted to identify the root of the problem. These include:

Treatment should be administered at the earliest, since the brain cells could die in the absence of prompt treatment, which in turn may adversely affect brain function. The treatment for thrombotic stroke usually involves:

Drug Therapy
Doctors usually prescribe certain drugs for alleviating the symptoms. These include:

➞ Tissue plasminogen (PLG) activator, which is a thrombolytic agent, that is often prescribed for treatment. These are a class of drugs that help to dissolve blood clots.

➞ Anticoagulants may also be administered so as to prevent the formation of new blood clots, while also stopping the existing ones from becoming bigger.

➞ The use of antiplatelet agents may also be recommended for thrombotic strokes. The use of blood thinners is not advised when the stroke is caused by a hemorrhage.

➞ If the patient is suffering from hypertension along with the presence of blood clots, the treatment would involve the use of antihypertensive drugs that keep blood pressure under control.

➞ At times, certain steroids may be prescribed to cure a blood clot. Blood clot busters could also be used to treat this problem as well.

➞ If the blockage is due to the narrowing of the carotid arteries, a carotid endarterectomy may be performed to clean the artery, so as to restore normal blood flow.

➞ In severe cases, surgery may be recommended for the removal of a blood clot. A dual-channeled catheter is inserted into the body through an incision, where a miniature vacuum system is used in the second channel to pull the clot into the catheter. Balloon embolectomy is another procedure wherein a catheter with an inflatable balloon attached to its tip, is used for removing the clot. If necessary, an open surgery may be performed to remove the clot.

➞ Speech therapy, physical therapy, or occupational therapy may be required as a part of rehabilitation.

➞ Sessions with a psychologist may prove beneficial for those who develop mood changes or depression after the stroke.

The prognosis of a stroke is favorable when the blood supply to the brain is restored quickly. The risk of brain damage is considerably higher in the absence of timely treatment. It is therefore extremely essential to seek medical help at the earliest.