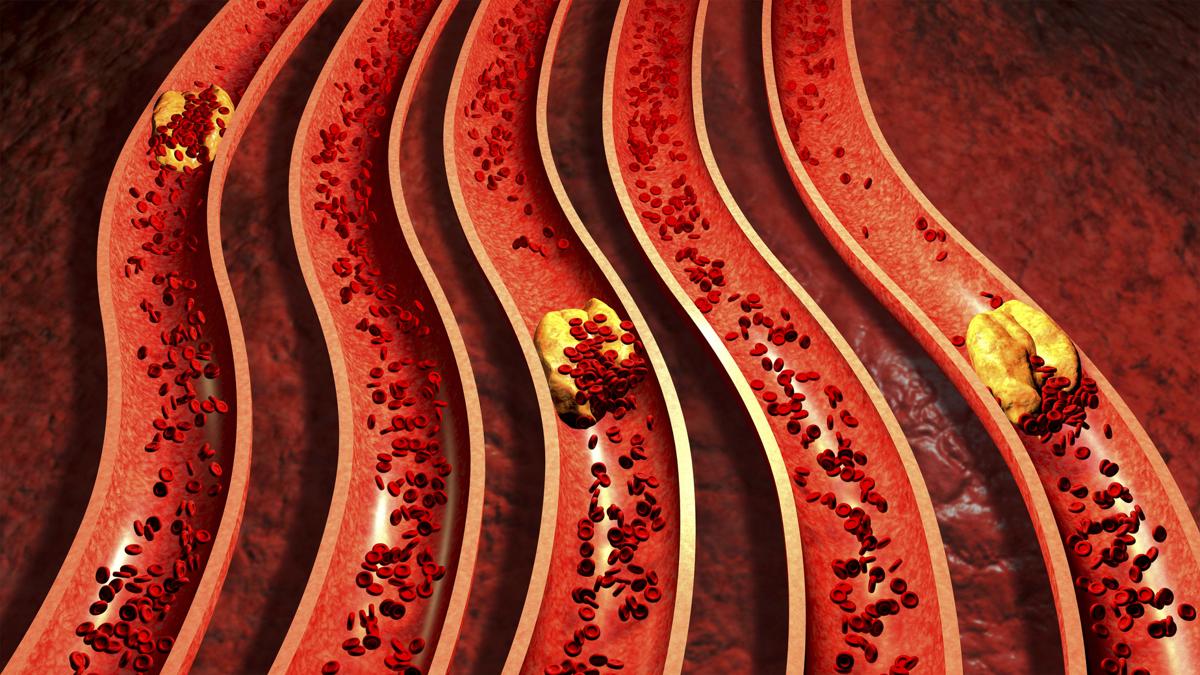 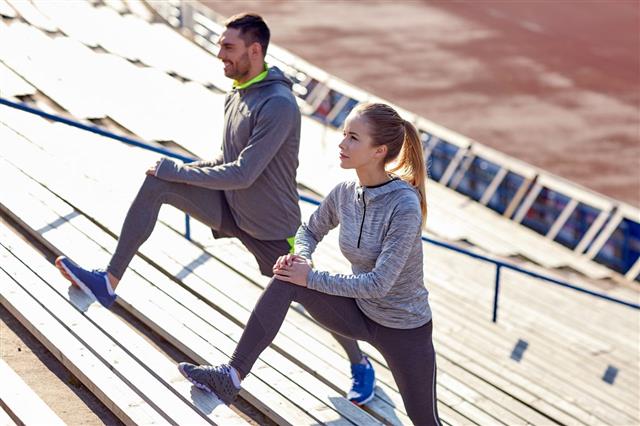 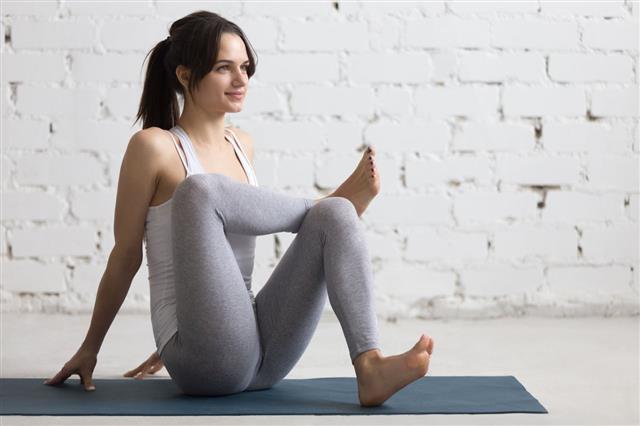 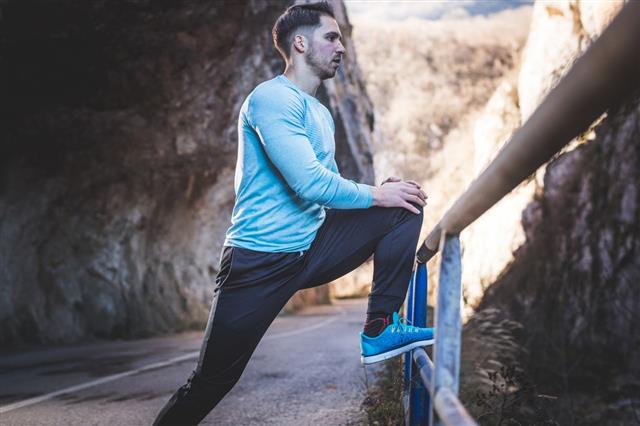 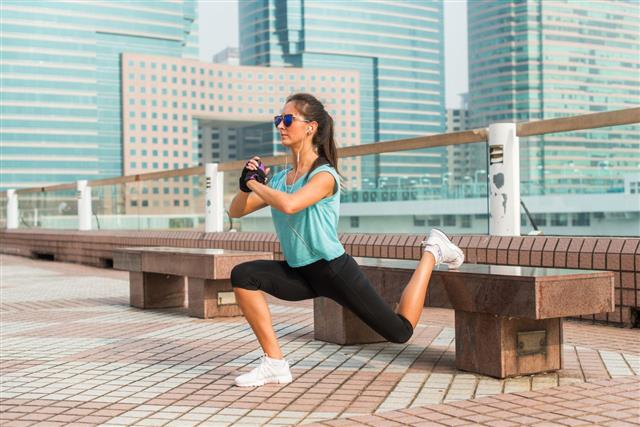 When a clot is suddenly formed in the artery of the lung, the condition is termed as pulmonary embolism. The clot can be either formed by air, fat, blood, or unwanted growth of cells. However, blood clots are the most common cause of blockage in the pulmonary artery. Although the clot is found in the lungs, it was actually formed in the veins of the lower regions of the body, such as the leg, pelvis, arms or even heart.

The clot formed in the leg gets dislodged and travels from its site of origin, into the vessels of the lungs. This clot that travels from one part of the body to another part is termed as embolus. It continues to move into the smaller and narrower vessels of the lungs, until it comes to such a narrow vessel, which does not permit it to go any further. This results in the wedging of the clot in the blood vessel.

The clot wedge prevents blood from traveling past it to the other side of the lung, thereby preventing that portion of the lung from receiving oxygen. Thus, a blood clot in the lung is formed. Lack of oxygen supply causes death of lung tissue. The body is seen to break up the small clots quickly and tries to keep the damage minimum. However, large clots or emboli can cause the particular lung area to die and can even result in death. About 1% of the population suffers from pulmonary embolism.

The most common cause of pulmonary embolus formation, is deep vein thrombosis (DVT). People prone to DVTs are the ones who are at a higher risk of getting pulmonary embolism. In rare cases, fat droplets, amniotic fluid, clumps of parasites, tumor cells, or even air bubbles are seen to cause the clot in lungs. Precipitating factors that can trigger this type of clot formation are:

Prolonged immobilization can result in clot formation in the arms and legs. Further, in some cases extended travel in cars, airplane, etc. can also lead to clot formation. This is because the blood is allowed to stay in one position for a long period of time. Those people who have clotting disorders are at greater risk of developing pulmonary embolism.

The symptoms of pulmonary embolism are vague and not all these symptoms are necessarily seen. Moreover, some may not experience any kind of symptoms as well. The initial symptom of pulmonary embolism, that is in the deep thrombosis stage is pain in the calf muscle. The leg may be warm and tender to touch, making it difficult to even walk. However, this may disappear in a few days time. Once the clot reaches the lungs, the symptoms are different. Some of the commonly observed signs are:

In more serious cases, wherein the clot is a larger one, the symptoms may be as severe as losing consciousness, breaking into cold sweats, bluish discoloration on the fingers and lips, or even death.

How to Treat Pulmonary Embolism?

Diagnosis
It is not easy to diagnose pulmonary embolism, because the symptoms are not specific enough. There are blood tests that can help understand if a person is prone to DVT or PE, however, it does not detect a clot. Moreover, a regular X-ray will not spot the clot. The Duplex Doppler ultrasound method is used to check the rate of blood flow in the veins of the legs and also to identify blood clots in lungs.

Blood thinning medicines, that is anticoagulants are given to decrease the blood’s ability to form clots. They do not break up the already formed clots, however, they prevent the further enlargement of blood clots. These anticoagulants can be taken in the form of pills, injections, or intravenously via a needle inserted into the vein. Heparin and Warfarin are the usually prescribed anticoagulants. However, Warfarin is dangerous during pregnancy, thus only heparin is given to pregnant women. Heparin works really quickly in the body, however, requires regular monitoring of the anticoagulation levels in the blood. For patients who cannot take heparin, a new anticoagulant called Thrombin inhibitor is given.

When pulmonary embolism is severe and life-threatening, the patient is immediately hospitalized. The doctors resort to definitive treatment such as thrombolytic therapy (clot dissolving or clot busting therapy) in order to dissolve the clot. Thrombolytics are medicines given to dissolve clots only in emergency situations. This is because these medicines can cause sudden bleeding. Moreover, pregnant women, people with hypertension, people who have incurred strokes recently, etc. are not given these thrombolytics. This is because the risk of bleeding is higher in these individuals.

Sometimes, the doctor may try to reach the clot with the help of a catheter. The catheter is a flexible tube inserted into the upper thigh (groin) or arm through a vein to allow access to the bloodstream for treatment of the clot in the lung. Through the catheter the doctor can either extract the clot or inject medicine to dissolve the clot. Very rarely is surgery opted for, to remove the clot. Only patients suffering from recurrent embolism require to undergo surgery.

Pulmonary embolism needs to be diagnosed as soon as possible, because it can threaten the life of both the mother and fetus. Since the symptoms of pulmonary embolism are very similar to the common symptoms of pregnancy, such as swelling in the legs, shortness of breath, palpitations, etc. it’s difficult to diagnose the condition without having diagnostic imaging done. There is a lot of debate on whether pregnant women should be exposed to radiation for detection of pulmonary embolism.

However, the radiation exposure taking place during a diagnostic imaging; done taking all necessary precautions, is considered to be very less, thus, safe to be carried out on pregnant women (again debatable). Women diagnosed with pulmonary embolism are put on Lovenox shots (low molecular weight heparin), and asked to take rest.

People who are at risk of pulmonary embolism must try to prevent the formation of blood clots in their bloodstream by being active. Moving around as much as possible will help prevent the formation of clots. While traveling in an airplane, one must get up every hour and walk around. During extended car journeys, stop every two hours and stretch your legs and walk. Prevention is better than cure! So take care! 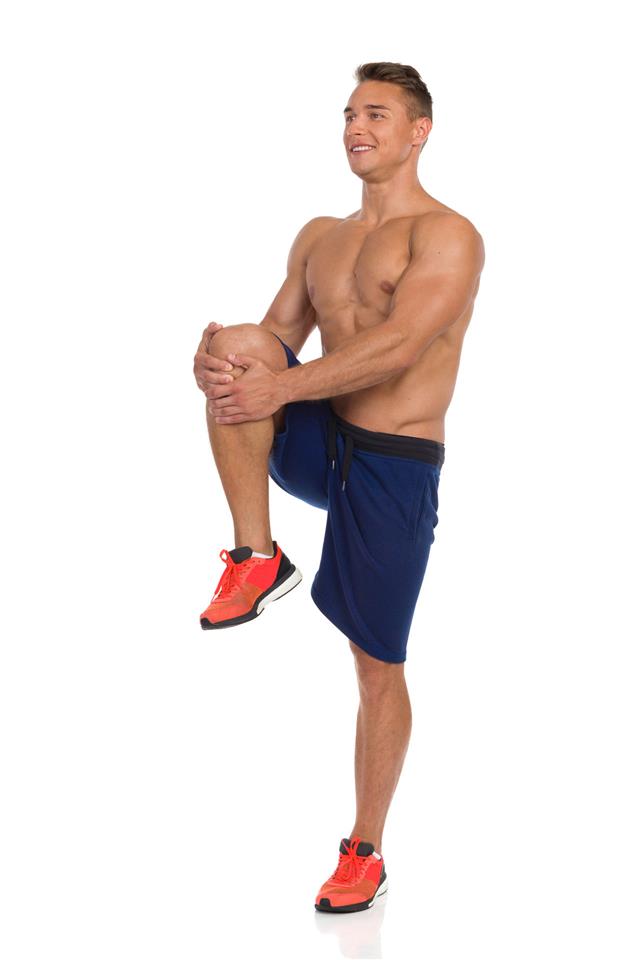