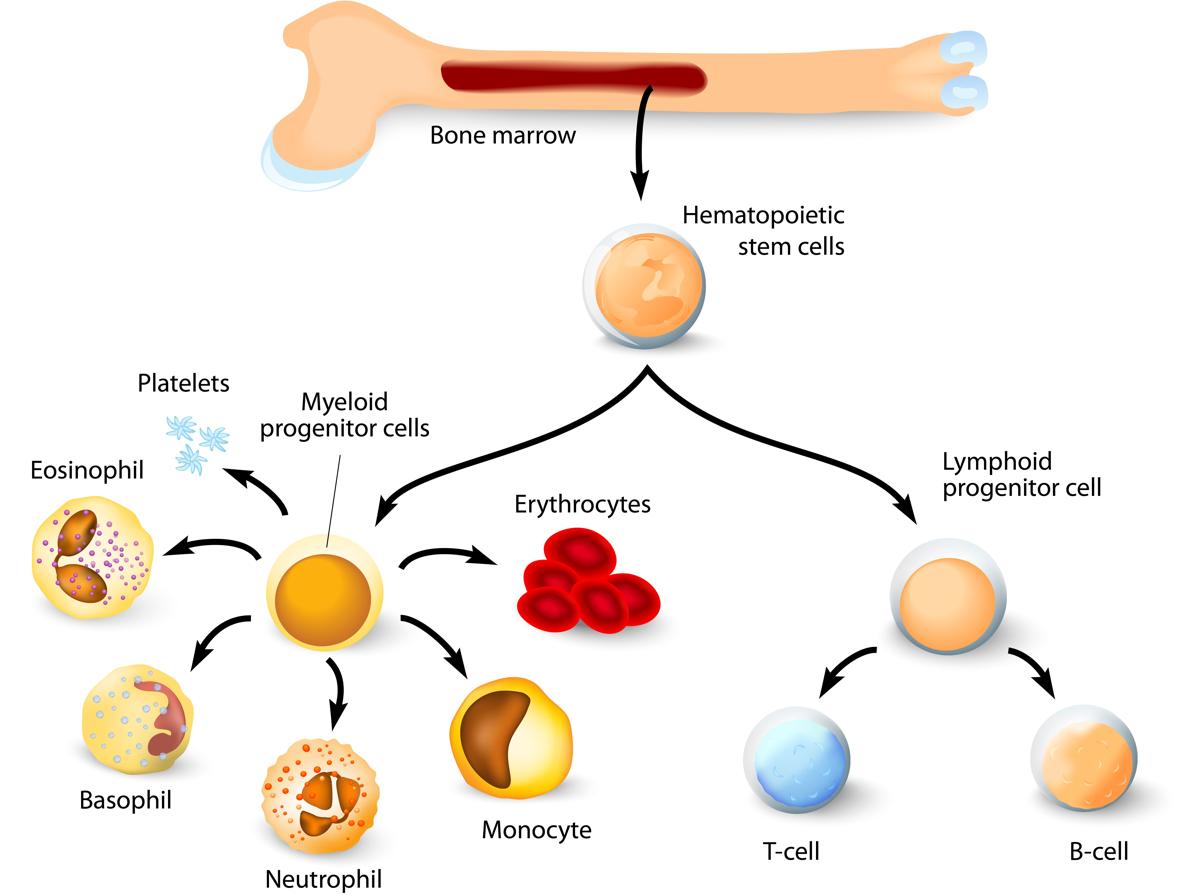 Bone marrow transplant (BMT) is also called stem cell transplant. It was used successfully for the first time in 1968. This procedure is generally performed when a patient doesn’t respond to high-dose chemotherapy or radiation treatment. BMT is the latest technique used to treat the diseases which were once thought incurable, including leukemia, multiple myeloma, aplastic anemia, and immune deficiency disorders. It is also used to treat lymphomas such as Hodgkin’s disease, and some solid tumors such as ovarian cancer or breast cancer.

BMT is required when the bone marrow is either damaged or diseased and not functioning properly in certain medical conditions. In this situation, the BM is no longer able to produce normal blood cells. It can give rise to some serious health problems such as reduced oxygen supply due to decreased number of red blood cell and decreased immunity. It can also increase the risk of developing serious infections due to less number of white blood cells, and bleeding disorders because of reduced platelets.

There are a number of conditions that affect bone marrow such as:

To undergoing the bone marrow transplant procedure, a recipient should be in a relatively good health. If stem cells are received from the relatives with the same tissue types, then it minimizes a risk of transplant rejection. BMT is generally not recommended for the patients with kidney, liver, lung, and heart disorders, or any other disease that can limit survival.

Undergoing BMT can be an intensive experience. There are five stages in a BMT procedure.

Since BMT requires general anesthesia, the risks are associated with the reaction to medications and breathing problems. Chemotherapy before BMT procedure can cause significant toxicity, giving rise to diarrhea, mouth sores, lung damage, or liver damage. During the period of growth of bone marrow, patient is at high risk of infections. Another major problem is developing graft-versus-host disease (GVHD). In this case, the transplanted healthy marrow cells attack the patient’s cells. To prevent this, some immunosuppressant drugs can be given. However, it decreases body’s immunity to fight infections.

The transplant can completely or partially cure the condition. People can go home as soon as they start feeling better. However, it may take 1 year to completely recover.