Atrophy of the brain is referred to the loss of cells in the brain. Read the following article for more information on brain atrophy along with the relation between brain cell degeneration and aging...

Atrophy of the brain is referred to the loss of cells in the brain. Read the following article for more information on brain atrophy along with the relation between brain cell degeneration and aging…

The brain is the master organ in the human body, which controls all the functions. The brain is a complex organ and is the center of the nervous system. The brain, like the rest of the organs in the body is also affected by a number of ailments, one such disorder being encephalitis. Brain atrophy, which is also known as cerebral atrophy, is a health related condition where the nerve cells or neurons are lost and the connection between them is damaged. This cerebral atrophy affects either one or both the hemispheres of the brain.

In this brain disorder, like other atrophies, there is a considerable amount of wastage or loss of brain tissues. This wastage of brain cells (also called neurons), affects the proper functioning of the brain. Loss of neurons in the brain is a highly undesirable condition as it results in many cognitive and neurological problems. There are two types of atrophy of the brain – focal atrophy and total or generalized atrophy. In focal cerebral atrophy, the damage of brain cells is concentrated on a particular region of the brain. But in complete atrophy, the damage is done to the whole brain and this cause is associated with a myriad of problems. In generalized cerebral atrophy, the brain tends to shrink in size. Let’s see more about the degeneration of this vital organ, along with its symptoms, causes and methods for treating this condition.

Normally brain stem atrophy is caused due to aging. But in some cases, the wastage of brain cells can be triggered due to some illnesses, which may cause premature wastage or even speed up the process. Given below is a list of reasons why the cells in the body’s most important organ are lost;

Wasting of brain cells occurs in infants and children as well. There can be several reasons why the nerve cells in the brain may get damaged and wasted, making the organ shrink to a smaller size than the normal. According to researchers, a few cases of this condition have been observed in children who had a history of depression in the family, be it in parents or grandparents. Children who have undergone systemic chemotherapy are also known to have brain cell wastage. Genetic brain disorders are also responsible for causing this problem in infants and children.

In some patients chronic or persistent wastage of brain stem cells called cachexia is observed. Brain cell atrophy is very common in people who are suffering from AIDS. An individual who suffers from this brain related disease will show the following symptoms;

In order to detect the presence of this condition, the affected individual may have to undergo a multi resonance imaging (MRI) scan to check for any impairments in the brain. The treatment depends on the age of the affected individual and also on the type of cerebral atrophy. If this condition is caused due to alcoholism or drug abuse, it is advisable to restrict the intake of alcohol and drugs completely. The individual can also take brain food and vitamin supplements to ensure the proper functioning of the brain. And last but not the least, practice a healthy lifestyle to ward off any diseases.

Though there is no certain cure for brain cell degeneration, symptomatic treatment can be given to the patients suffering from this condition. Researches have been carried out to find a cure for this disorder and treat it successfully. 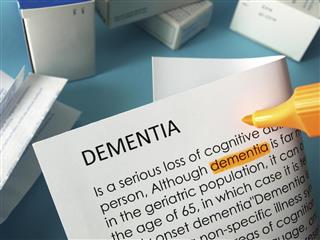