The condition where there are abnormally high levels of lymphocytes in the blood is called chronic lymphocytic leukemia (CLL). This condition is very slow to develop and mostly affects people over the age of 50 years. The initial symptoms of this condition includes anemia, unusual bleeding and recurrent infections. Leukemia is a cancer of the bone marrow. CLL affects the B lymphocytes of the bone marrow. The cause of this cancer is still unknown. This cancer progresses in various stages and, if caught in the early stages, it can be treated and controlled. The stages discussed in the following paragraphs will give an overview of the disease.
How Does CLL Develop
CLL develops when blood stem cells start developing as abnormal lymphocytes. These abnormal lymphocytes do not develop into normal WBCs. These leukemic cells do not function properly and have a longer life than normal cells. This causes accumulation of these leukemic cells in the body. Also, they tend to multiply at a faster rate than normal cells and thus, this causes less room in blood for normal red blood cells, white blood cells and platelets.
Symptoms
In most cases, people show no signs of CLL initially. This condition is generally diagnosed by chance, when the patient is tested for some other ailment. The symptoms seem to develop after about a few months or even a year of gradual build up of abnormal cells. The leukemic cells tend to take up all the space within the bone marrow. This causes the normal cells in the bone marrow to survive. Thus, the symptoms of CLL includes:Stages
The doctor conducts various tests to determine presence of CLL. These tests include complete blood count (CBC), cytogenic analysis, immunophenotyping, bone marrow aspiration and biopsy. Once a patient is diagnosed with CLL, the cancer is then tested for its progress within the blood and bone marrow. These tests include chest X-ray, MRI, CT scan, blood chemical studies, antiglobulin test and bone marrow biopsy. Knowing the stage helps the doctor determine the spread of cancer within the body. This helps the cancer specialist decide which is the best cancer treatment plan for the patient.

Treatment
There are different types of treatments available. During the initial stages, doctors choose a wait and watch technique. This is because they need to observe if the increase in number of WBCs is due to an infection or leukemia. The latter will be treated using chemotherapy, radiation therapy and target therapy. In some cases, one may have to undergo splenectomy and remove the enlarged spleen.
Patients in the 0 to 1 stages show excellent prognosis. The prognosis for stages 3 to 4 depends on the patients response to chemotherapy and radiation therapy. Speak to a healthcare provider for more details on the stages and their prognosis.
Share This 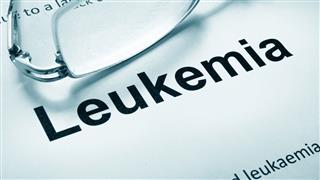 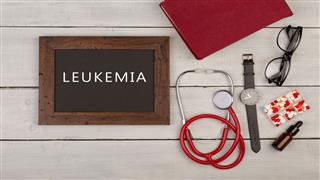 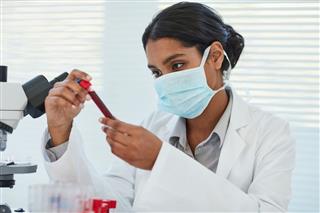