Coughing Up Blood in the Morning

If you experience cough that brings up blood, it could be an indication of an underlying respiratory condition. This HealthHearty article enlists some of the common causes for this symptom, which is technically called hemoptysis.

You are here: Home / General Health / Coughing Up Blood in the Morning 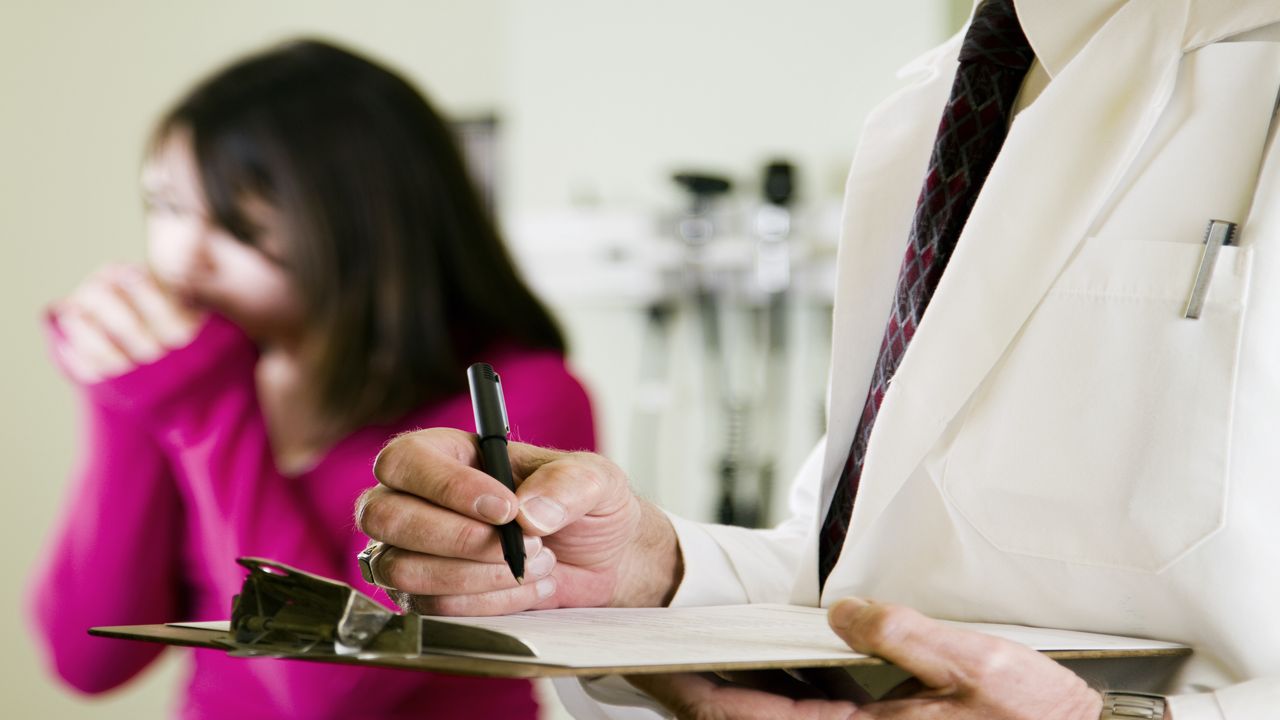 If you experience cough that brings up blood, it could be an indication of an underlying respiratory condition. This HealthHearty article enlists some of the common causes for this symptom, which is technically called hemoptysis.

While a small amount of blood-tinged sputum is not considered abnormal, coughing up blood may indicate serious underlying respiratory problems. Hemoptysis is the medical term that denotes coughing up blood from the respiratory tract. Sometimes, blood may come out of the mouth, due to bleeding in other locations like the throat and digestive tract. However, such bleeding is not considered as hemoptysis.

There are numerous respiratory ailments that can make you cough up blood. While some people produce blood-tinged sputum; some others cough up bright red or rust-colored blood. Blood that comes up with a cough, is often mixed with mucus and air bubbles.

Bronchitis
The condition is characterized by inflammation of the membrane that lines the bronchial tubes, which carry air to the lungs. As the lining swells, the air passages get narrower, thereby causing cough, along with phlegm production. So, the affected person may cough up blood-tinged phlegm or blood. Other symptoms include shortness of breath, fatigue, mild fever, etc.

This is a long-term condition, in which the airways of the lungs get damaged, stretched, and scarred. This results in accumulation of mucus, as the airways lose the ability to eliminate the same. Bronchiectasis causes symptoms like persistent cough that brings up blood-tinged phlegm, breathlessness, etc. As the damage to the airways is almost permanent, treatment is aimed at managing the symptoms. Coughing up large amounts of blood is a serious complication of this disease, and this is caused by bursting of a blood vessel inside the lungs. This is an emergency condition that requires immediate treatment.

This is a chronic, ongoing, progressive disease of the lower respiratory tract. Just like chronic bronchitis, emphysema belongs to the group of diseases that comprise COPD. The condition is characterized by damage to the alveoli (air sacs), which rupture gradually, thereby reducing the rate of oxygen intake. Emphysema is caused by smoking, long-term inhalation of certain irritants, and hereditary factors. Chest tightness, difficulty in breathing, wheezing, blood in mucus, etc. are some of the other symptoms. Coughing up blood is a symptom of severe emphysema.

This is one of the less common causes for coughing up blood in the morning. Lung cancer denotes the abnormal growth of cells in the tissues of the lungs. Commonly related to excessive smoking or tobacco use, this type of cancer causes symptoms like chronic cough, coughing up blood, shortness of breath, chest pain, weight loss, wheezing, etc.

Tuberculosis is a contagious and deadly respiratory disease caused by different strains of mycobacteria, particularly mycobacterium tuberculosis. These bacteria can affect the lungs and other parts of the body. The common symptoms of this condition include persistent and prolonged cough, coughing up blood, loss of appetite, weight loss, fever, night sweats, chest pain, and tightness while breathing.

Pneumonia is a lung infection caused by different microorganisms like bacteria, virus, or fungi. It is characterized by fluid accumulation in the air sacs of the lungs. Usually, the condition develops in people with a weak immune system; and causes symptoms like high fever, persistent cough, chest pain, fever, and coughing up blood.

Apart from the causes mentioned above, there are various other medical conditions that may cause cough that brings up bloody phlegm. They include:

If you experience cough, along with occasional blood streaks in the phlegm, you can wait for a few days and try some home remedies for cough, to see if the condition improves. However, if the condition persists or worsens, or if you are coughing up blood in the morning, consult your doctor immediately, for a thorough respiratory examination, including chest X-ray, CT scan of the chest, bronchoscopy, lung biopsy, etc., so that the underlying condition can be treated at the earliest.