Diabetes is a pathological condition characterized by reduced secretion of insulin by pancreas. The number of cases of this disorder is on the increase in children of late. This article explores its symptoms, causes, and treatments available.

You are here: Home / General Health / Diabetes In Children

Diabetes is a pathological condition characterized by reduced secretion of insulin by pancreas. The number of cases of this disorder is on the increase in children of late. This article explores its symptoms, causes, and treatments available.

Diabetes, also scientifically known as diabetes mellitus, is now a common occurrence in children. There are many reasons why the occurrence of this disease is rising rapidly in kids. Very often, exposure of kids to a certain virus such as the coxsackie R virus or even certain environmental causes can trigger a diabetic condition. The most vulnerable period to contract this disease is around early primary school years or initial years of secondary school.

There are two predominant types of diabetes. While earlier, type 2 was primarily observed in adults, these days it is increasingly being found in children as well. The Type 1 is also called insulin dependent diabetes mellitus (IDDM) and is characterized by very low levels of insulin. In such cases, patients may need to manually inject insulin into their bodies. In the type 2 stage, the patient’s body becomes immune to the effects of insulin. It can also trigger when the child’s pancreas are not able to produce adequate levels of insulin.

In children, this condition is characterized by certain specific symptoms as follows:

Since these symptoms seem to be a part of the growing process, parents tend to ignore them. Moreover, each of these symptoms do not occur consistently, making it difficult for the parents to detect them. For example, today, the child may be facing extreme hunger, tomorrow it could be irritability, and the next time it could even be blurring of vision. Therefore, it is very important to monitor the child regularly.

The more serious forms of symptoms would include vomiting and stomach ache, deep and heavy breathing, acetone like smell in the mouth, and in extreme cases even coma.

The main cause for the rising rate of this disorder in kids seems to be a relatively inactive lifestyle coupled with junk food. Also, the tendency to sit in front of the computer for long hours, watching TV for long durations, and unhealthy eating habits are some of the contributing factors for this condition.

If you happen to detect any one of the symptoms in your child, then immediately get your child tested. The test is very simple and does not hurt. It is better to get your child tested as early as possible before the disease reaches its full potential. Although Type 2 is incurable, children can control this disease through proper diet and adequate exercise. Once the disease becomes more severe, insulin injections and medications may be needed to control it.

Insulin is available in the form of injections only; however, studies are being conducted for developing an insulin pill to replace daily injections. Parents will need to administer the insulin injections to their wards until he or she is able to self administer them. Even kids as young as 5 years are known to have injected themselves successfully.

As compared to the traditional syringe injector, the pen injector is known to be more convenient to use. The following guidelines will help to administer the injection successfully:

The injection needs to be administered on a rotational basis between the legs, abdomen, and arms to avoid fat buildup in these areas.

Parents should also learn to detect dipping blood-sugar levels in the body as well as the treatment methods with carbohydrates. Foods like honey, glucose tablets, and even soft candies can help in raising the carbohydrate levels in the child. They should also monitor the blood-sugar levels 4 times a day by extracting a blood sample. Since the children do not necessarily understand the long-term impact of this disorder, it’s a parent’s responsibility to make sure that they get a proper diagnosis and treatment. 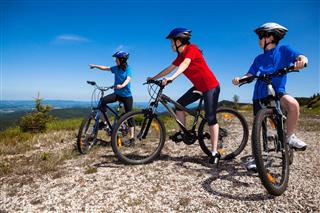 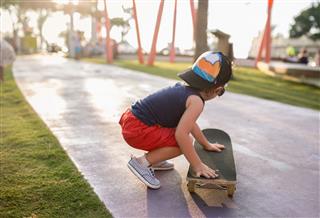