Dizzy spells can be caused due to various reasons ranging from an insufficient supply of blood to the brain, low blood pressure, vertigo, infection in the inner ear, to the use of certain drugs. The following write-up provides information on the contributory factors behind frequent episodes of dizziness.

You are here: Home / General Health / Causes of Dizzy Spells 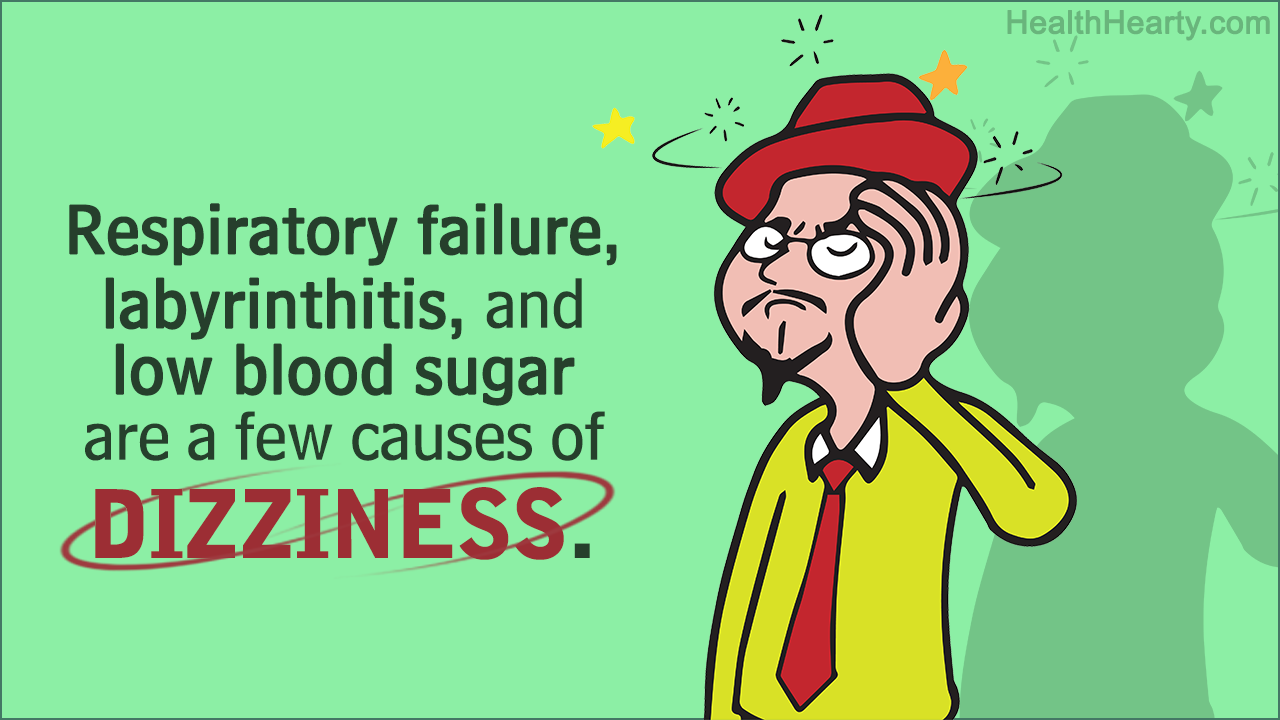 Dizzy spells can be caused due to various reasons ranging from an insufficient supply of blood to the brain, low blood pressure, vertigo, infection in the inner ear, to the use of certain drugs. The following write-up provides information on the contributory factors behind frequent episodes of dizziness. 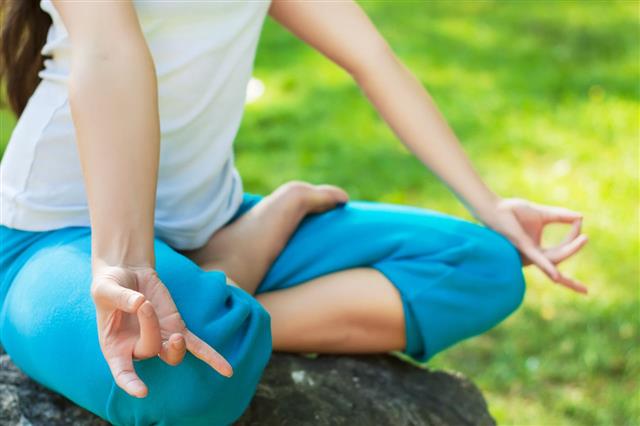 Dizziness is an umbrella term which is used to describe different sensations such as unsteadiness, disorientation, sensation that a person may experience prior to a fainting spell, etc. But what exactly does a person experience during a dizzy spell? Well, dizziness is mainly experienced in three forms. These include lightheadedness, vertigo, and disequilibrium.

Lightheadedness, which is referred to as pre-syncope, involves the component of faintness. Vertigo refers to a whirling or spinning sensation wherein the affected individual feels that he or the surroundings around him are in motion. On the other hand, disequilibrium is associated with the loss of balance and spatial disorientation. Dizzy spells may or may not be followed by syncope, which refers to temporary loss of consciousness.

Conditions that May Cause Dizziness

Dizziness can be attributed to a wide range of reasons. It could be a symptom of an underlying health problem. Fluctuations in the levels of blood pressure and blood sugar could cause such a sensation. At times, psychogenic factors may play a role. Some of the common causes of dizzy spells include:

The inflammation of the inner ear is medically referred to as labyrinthitis. The inner ear is a complex system that contains cochlea and the vestibular system. Cochlea is a spiral-shaped cavity that controls the hearing, and the vestibular system helps us maintain balance. The sensory neurons in the inner ear send signals to the brain regarding the gravitational pull, the position of the head, and the orientation or the relative position of the parts of the body. If the inner ear becomes inflamed due to an upper respiratory infection, the affected individual may feel dizzy due to the disruption of the sense of spatial awareness. Loss of balance, vertigo, abnormal eye movements, nausea, and vomiting are the other symptoms that may be experienced by the affected individual.

Whirling sensation, disorientation, abnormal eye movements, sweating, nausea, and vomiting are some of the symptoms of vertigo. The sensation of lightheadedness or imbalance could also occur due to a vestibular disorder called Benign Paroxysmal Positional Vertigo (BPPV). A person affected by BPPV usually experiences brief episodes of vertigo due to a change in the position of the head. It occurs when fragments of small calcium carbonate crystals fall in the fluid-filled semicircular canals in the inner ear. Since these canals play an important role in identifying body positions and maintaining balance, the presence of the fragments of crystal disrupts the interpretation of body positions by the brain, resulting in dizzy spells. Those who suffer from migraine could also experience vertigo. Migraine refers to an intense headache, that may be accompanied by nausea, dizziness, or light sensitivity.

It is an ear disorder that is characterized by dizzy spells, ringing in the ear, and hearing problems. The patient generally feels a spinning sensation during an episode, which may last from a few minutes to hours. It is believed that this condition occurs due to the buildup of fluid in the ear. The fluid buildup interferes in the communication of signals between the inner ear and the brain, thereby causing hearing and balance problems.

The term ‘blood pressure’ refers to the pressure that is exerted by the blood on the walls of the blood vessels. Orthostatic or postural hypotension refers to low blood pressure that occurs when a person rises from a sitting or a lying position. When a person suddenly gets up from such a position, gravity causes the blood to collect in the lower extremities. As the amount of blood that is circulated back to the heart is less, there is a drop in the blood pressure. Orthostatic hypotension is likely to affect people who either suffer from ailments that affect the heart’s ability to pump blood rapidly or loss of blood volume due to dehydration. Lightheadedness, confusion, weakness, nausea, and blurred vision are some of the common symptoms of postural hypotension.

Dizzy spells may be experienced by women, especially in the first trimester of pregnancy. Pregnancy hormones bring about various changes in the body. The blood vessels expand to adjust to the increase in the blood volume. The blood pressure may fall till the body is able to produce sufficient amounts of blood to fill in the expanded blood vessels. Due to this, pregnant women may experience dizzy spells when lying down or getting up. Blood pressure may also fall as the growing fetus compresses the arteries. Women who are anemic or have low blood sugar levels are also likely to experience dizziness.

Decreased Blood Flow to the Brain

Dizziness could occur when adequate amount of oxygen does not reach the brain or the oxygen supply is temporarily cut off from the brain. It could occur under the following circumstances:

► Dizziness could occur due to respiratory failure, wherein the brain doesn’t get enough oxygen due to the inability of the lungs to perform their function. Respiratory failure commonly occurs in case of chronic obstructive airway disease, collapsed lung, accumulation of fluid in lungs, etc.

► During hyperventilation, the rate of respiration increases drastically, which in turn, causes carbon dioxide levels to decrease. This gives rise to dizziness and disorientation.

The prolonged use of angiotensin-converting enzyme (ACE) inhibitors may lead to dizziness. ACE inhibitors are used to treat congestive heart failure and high blood pressure. Some medicines may cause ototoxicity (ear poisoning) in the long run, which may contribute to the sensation of giddiness. These include antibiotics such as streptomycin and gentamicin, anticonvulsants, loop diuretics, quinine, antineoplastics, etc.

► To avoid dizziness from orthostatic hypotension, you should avoid getting up from the bed suddenly. Always rise slowly and sit for sometime so that your blood pressure normalizes. In case you feel dizzy, sit down immediately.

► Dizziness, sweating, racing heart, and shallow breathing could also occur if a person is in a state of heightened anxiety. Under such circumstances, take long, deep breaths as that would help you to relax.

► Dizziness could occur due to insufficient water intake. So, it is very important to keep yourself hydrated. Avoid caffeine, iced tea, diet drinks, aerated drinks, tobacco and alcohol.

If you are feeling giddy or off-balance lately, do consult a doctor immediately. Do inform the doctor about the duration of the spells, and the frequency of episodes. If an underlying medical condition is causing dizziness, then treating that condition will resolve the issue of dizzy spells. Do make the dietary modifications and other lifestyle-related changes suggested by your doctor.

Disclaimer: The information provided in this article is solely for educating the reader. It is not intended to be a substitute for advice from a doctor.