Generally, there are no early symptoms of lung cancer. As the disease reaches its advanced stage, symptoms begin to surface. This is the reason lung cancer is difficult to diagnose early.

Generally, there are no early symptoms of lung cancer. As the disease reaches its advanced stage, symptoms begin to surface. This is the reason lung cancer is difficult to diagnose early. 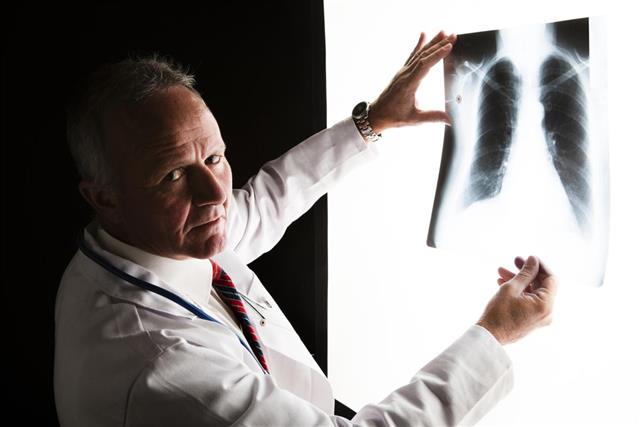 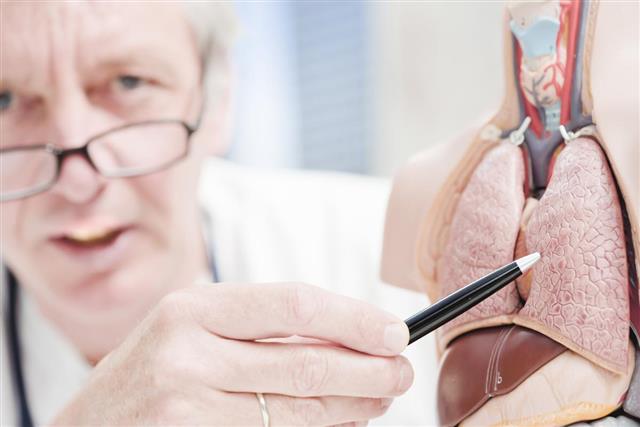 When the cells of the lungs itself become malignant (cancerous), it is known as primary lung cancer. But it can also be caused due to cancer spreading from other areas of the body; this is known as metastatic cancer. This type commonly spreads to the lungs from the skin, bone, testis, rectum, cervix, stomach, thyroid gland, kidney, prostate, colon, and breast.

What are the Symptoms of Lung Cancer?

This disease can often be difficult to diagnose early because the first symptoms are often subtle, and when they do occur in a more severe form, it is too late because by then the disease has usually progressed to advanced stages.

Symptoms that may indicate lung cancer include:

» Persistent cough that becomes worse over time
» Coughing up sputum with blood, known as hemoptysis
» Pain in the chest
» Shortness of breath
» Voice hoarseness
» Wheezing
» Constant feeling of fatigue
» Unintentional loss of weight
» Loss of appetite
» Swelling of the neck and face
» Persistent problems with pneumonia and bronchitis
» Difficulty in swallowing
» Abnormalities of the fingers or fingernails, such as clubbing or the overgrowth of the tissues in the fingertips
» Paleness of skin or a bluish coloration
» Muscle atrophy or shrinkage
» Swelling or pain in the joints
» Tenderness or pain in bones
» Drooping of the eyelids

Over 90 percent of primary cancers begin in the bronchi, either of the two main branches of the trachea. This is known as bronchogenic carcinoma, with the specific types being oat cell, or small cell carcinoma, adenocarcinoma, large cell carcinoma, and squamous cell carcinoma. Amongst these, the last three types are usually called non-small cell lung cancer.

A subtype of adenocarcinoma, known as alveolar cell carcinoma, has its origins in the alveoli, the tiny air sacs in the lungs. Although this can develop in one part of the lung, often, it occurs simultaneously in several parts.

Some of the lung tumors that are not as common are: bronchial carcinoid, which can either be malignant or nonmalignant; sarcoma, which is cancerous; and chondromatous hamartoma, which is nonmalignant. Lymphoma is a type of cancer that affects the lymphatic system, which can have its origins in the lungs, or spread to them.

• Once a person gives up smoking, it takes about 15 years for his/her chances of developing lung cancer to be come equivalent to that of a nonsmoker.

• A few cases of lung cancers are caused by the substances breathed in or encountered at the workplace. For example, working with radiation, asbestos, chromates, arsenic, chloromethyl ethers, nickel, mustard gas, and emissions of coke ovens have been linked to some cases. The chances of developing lung cancer are much higher in people who smoke and are also exposed to the above substances. Sometimes, certain types, particularly alveolar cell carcinoma and adenocarcinoma, occur in people whose lungs have been affected by other diseases of the lungs, like fibrosis and tuberculosis. Radon gas exposure in the home can also cause lung cancer, although it is seen in less than one percent of the cases. Genetics and environmental pollution are also factors that are linked to cancer developing.

When any of the symptoms mentioned above occur, it is advisable to consult with your doctor immediately, especially if you are more than 40 years old and are a smoker. Early detection will help in controlling the spread of cancer. This will definitely help improve the patients overall lifespan as well as quality of life after cancer.