Eczema is an inflammatory skin disorder that can cause severe itching, along with a skin rash, blisters, and crusts. Know more about this skin condition, and how to treat and manage it, through this HealthHearty write-up.

You are here: Home / General Health / Eczema Causes and Cures 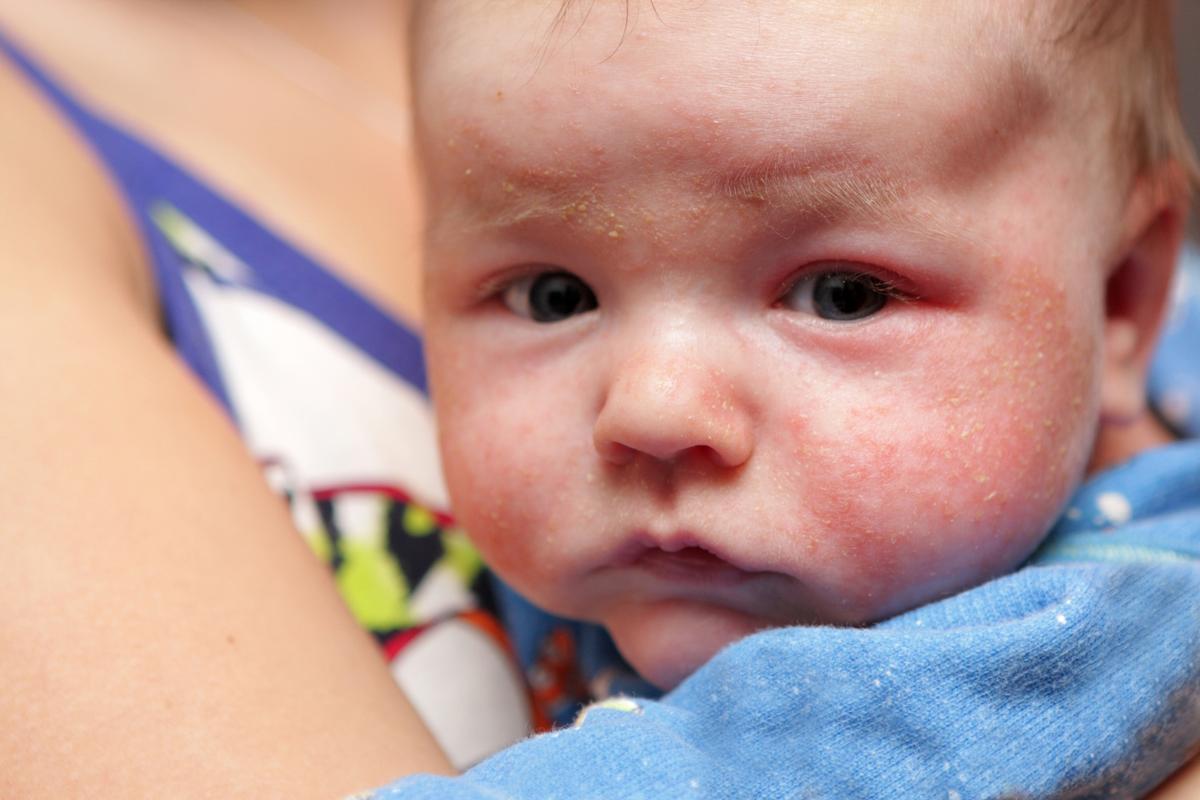 Eczema is an inflammatory skin disorder that can cause severe itching, along with a skin rash, blisters, and crusts. Know more about this skin condition, and how to treat and manage it, through this HealthHearty write-up.

Eczema is a skin disorder characterized by the inflammation of the skin, recurring skin rashes, and itching. In severe cases, blisters, cracks, and crusts or flakes can develop, which in turn can cause bleeding. The term ‘eczema’ is typically used for a number of skin conditions, which are characterized by the appearance of skin rash, and redness and inflammation. But the most common types of eczema are, atopic eczema, contact dermatitis, xerotic eczema, and seborrheic dermatitis.

What exactly causes eczema is not know, but it is considered to be associated with an abnormal immune response. The overactive immune reaction can be triggered by several unknown factors. As mentioned already, one of the most common types of eczema is atopic eczema, which is believed to be an inherited condition for some individuals.

Some people can also have a genetic predisposition to develop hypersensitivity to certain substances, which can trigger an overactive immune response. So, like asthma and hay fever, atopic eczema can be triggered by some environmental allergens, like, pollen, dust, dust mites, etc. It can also be associated with a problem of the digestive system or an infection.

It has been observed that certain foods can also exacerbate atopic eczema. On the other hand, another common type of eczema, known as contact dermatitis, is caused by the exposure to certain substances. Some possible irritants are, sodium lauryl sulfate, soaps, animal hair, detergents, dyes, some metals, or any coarse material. Many times, it can be triggered by temperature changes, cold, and infections of the upper respiratory tract, while psychological stress can have an aggravating effect on the condition.

On the other hand, xerotic eczema usually results when the skin becomes excessively dry, while seborrheic dermatitis is characterized by dryness and skin flaking, especially in areas like the scalp, eyebrows, and the face. The less common types of eczema are, dyshidrosis, discoid eczema, venous eczema, dermatitis herpetiformis, neurodermatitis, and autoeczematization.

It is always accompanied by severe itching and rashes, which later may appear as dry and thick, scaly areas. In babies, it can also cause blisters which may ooze out occasionally. The severe itching caused by this skin condition often compels the sufferer to scratch the affected areas, which can cause the formation of crusts.

In some individuals, the symptoms may last for a few hours, but for others, they can persist for several days. Though eczema can affect any part of the body, certain regions like the face, neck, scalp, forearms, and the legs are found to be more frequently affected. Children commonly get the rashes and the blisters on their scalp, neck, and the face.

The conventional treatment concentrates on alleviating the symptoms, as no cure is available for this condition. In this regard, topical corticosteroids are the most commonly used medications. However, the long-term use of corticosteroids may cause skin thinning. The high strength steroids can get absorbed by the skin, and they can cause a condition called HPA axis suppression (the hypothalamic-pituitary-adrenal axis suppression).

But some recent studies have refuted many speculations regarding the side effects of topical corticosteroids, especially the belief that they increase the risk of skin thinning, HPA axis suppression, and stretch marks. But to be on the safer side, it is advisable to limit the use of corticosteroids as much as possible. At the same time, sufficient care should be taken while applying them, especially in the areas near the eyes. A severe and acute outbreak may require oral corticosteroids or injections, which are again not meant for frequent use.

Topical immunomodulators are another treatment option which can help inhibit the immune response, in order to alleviate the symptoms. As the name suggests, immunomodulators basically suppress the immune system. However, their excessive use may increase the risk of skin and lymph node cancer. But these side effects are yet to be established by concrete scientific evidence. Scratching of the affected areas may facilitate the entry of bacteria, in which case antibiotics would be required to prevent infections.

Antihistamines are also frequently used for treating this condition. Immunosuppressants are a class of drugs which come into the picture when all the other treatment options fail to deliver the desired result. They can suppress the immune system to control the outbreak of eczema. But again, their long-term use may cause several side effects, for which regular medical supervision is required.

Along with medications, certain preventive measures can help reduce the frequency and the severity of eczema flare-ups. First of all, it is important to keep the skin well-moisturized to keep the condition in check. Also important is to avoid the use of soaps and detergents that can make the skin dry, and worsen the symptoms. This is particularly true for contact dermatitis. One should also avoid the specific environmental allergens that can aggravate the condition.

Diet and nutrition can play a major role in managing eczema. Many people believe that atopic dermatitis can be triggered by some specific foods. The foods that are commonly found to be associated with this condition are, dairy products, soy products, eggs, nuts, wheat, corn, and caffeine. On the other hand, sea water, turmeric and neem paste, spearmint leaf juice, virgin coconut oil, evening primrose oil, are the natural remedies for this condition. Similarly, the topical application of sulfur on the affected area can help reduce the redness and heal the blisters. However, it is important to diagnose the condition by consulting an experienced physician to ensure proper treatment. This would help find out the root causes, so that they can be properly addressed.