Elephantiasis is characterized by an abnormal swelling and inflammation of certain parts of the body. The causes, as well as the treatment options for this rare disease are discussed in this HealthHearty article.

Elephantiasis is characterized by an abnormal swelling and inflammation of certain parts of the body. The causes, as well as the treatment options for this rare disease are discussed in this HealthHearty article.

According to World Health Organization (WHO), elephantiasis is the second most common cause of long-term disability.

Elephantiasis is the condition characterized by the obstruction of the lymphatic vessels, which results in gross swelling of the affected areas. The lymphatic system is responsible for maintaining fluid balance in the body, and removing interstitial fluid from the tissues. Therefore, any kind of obstruction in the lymph vessels can cause an accumulation of fluid, that can manifest in swelling of the surrounding tissues.

» These parasites are transmitted by mosquitoes. When a mosquito carrying any of these parasitic worms bites a human, it injects the tiny larvae of the worms (microfilariae) into the bloodstream. The larvae usually have a incubation period of 7 to 21 days. They keep circulating in the bloodstream, and eventually invade and block the lymphatic system.

» The other type of elephantiasis, i.e., non-filarial elephantiasis is prevalent in some African nations, and is not caused by parasitic worms. Rather, this kind of elephantiasis is believed to be caused by a long-term exposure to certain irritants, and alkali metals, like sodium and potassium found in the soils. These particles may enter the skin through the feet, and then get lodged in the lymphatic tissues, if someone walks barefoot on such high alkaline soils.

» Abnormal swelling and enlargement of certain parts of the body, along with ulceration and thickening of the skin are the most common symptoms of this condition. The swelling results from an accumulation of fluid in the tissues. Elephantiasis mainly causes extreme swelling in the legs, and external genitalia (the scrotum and vulva).

» Apart from swelling, this condition can sometimes produce a few other symptoms, such as fever, chills, and malaise. It may take several years for the infection to produce the clinical symptoms. Sometimes, an infection can be asymptomatic, without any external signs or symptoms. But even the asymptomatic infections can cause considerable damage to the kidneys and the lymphatic system, besides altering the immune system.

The most commonly used drugs for the treatment of lymphatic filariasis are:

» Albendazole and diethylcarbamazine have been found to be effective in killing the microfilariae, and also the adult worms. However, in the sub-Saharan Africa, albendazole is usually used along with ivermectin. Ivermectin can kill the microfilariae, though its effects on the adult worms are not very clear. The most common side effects associated with this medication are, fever, myalgia, and headache.

» Diethylcarbamazine is often regarded as a better option than ivermectin for killing adult worms. This medicine is also effective in reducing the size of enlarged lymph nodes considerably. However, this medicine can sometimes produce an allergic reaction, which can necessitate the use of antihistamines and steroids. This side effect is generally attributed to the destruction of the parasites. As the parasitic worms die, they release certain chemicals that can produce the allergic reaction.

When elephantiasis causes gross enlargement of the scrotum, then surgery may be required to address this condition. However, surgery is usually ineffective in resolving the swelling of the limbs or trunk.

Treatment for non-filarial elephantiasis include, wearing shoes that can help prevent further exposure to the irritants. Compression bandage and elastic stocking can also help manage the swelling and inflammation caused by this condition. Physicians often suggest cleaning the affected area with soap and water, as well as soaking the area in a mixture of water and antiseptic, for the management of non-filarial elephantiasis. Lastly, surgery can also be performed to reduce this condition, especially when it causes extreme swelling of the scrotum.

Lymphedema is usually managed with elastic compression garments, sequential gradient pump therapy, compression bandaging, and manual lymph drainage. Surgery is another treatment option that is employed to provide a long-term solution to patients.

Though tissue damage is permanent, the swelling associated with elephantiasis can be managed with appropriate treatment. The non-parasitic form of the diseases can be prevented by reducing the exposure to irritants found in the soil. Lymphatic filariasis can be prevented by controlling the vector that transmit the disease, and the levels of microfilariae in the population. Insecticides can be used for controlling the population of vectors like mosquitoes, while screen around the houses and bed nets can help avoid mosquito bites. Drugs that can reduce the level of microfilariae in the blood can also be administered to the affected people, in order to prevent the transmission of the disease, besides helping them to manage the debilitating symptoms. 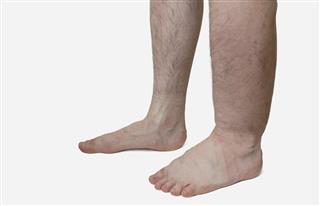 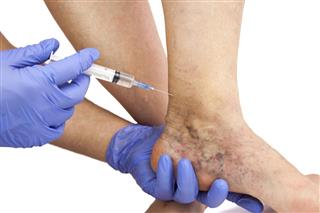