Smoking is one of the prominent causes of emphysema. In this article, you will find the causing factors, symptoms and treatment methods of emphysema. 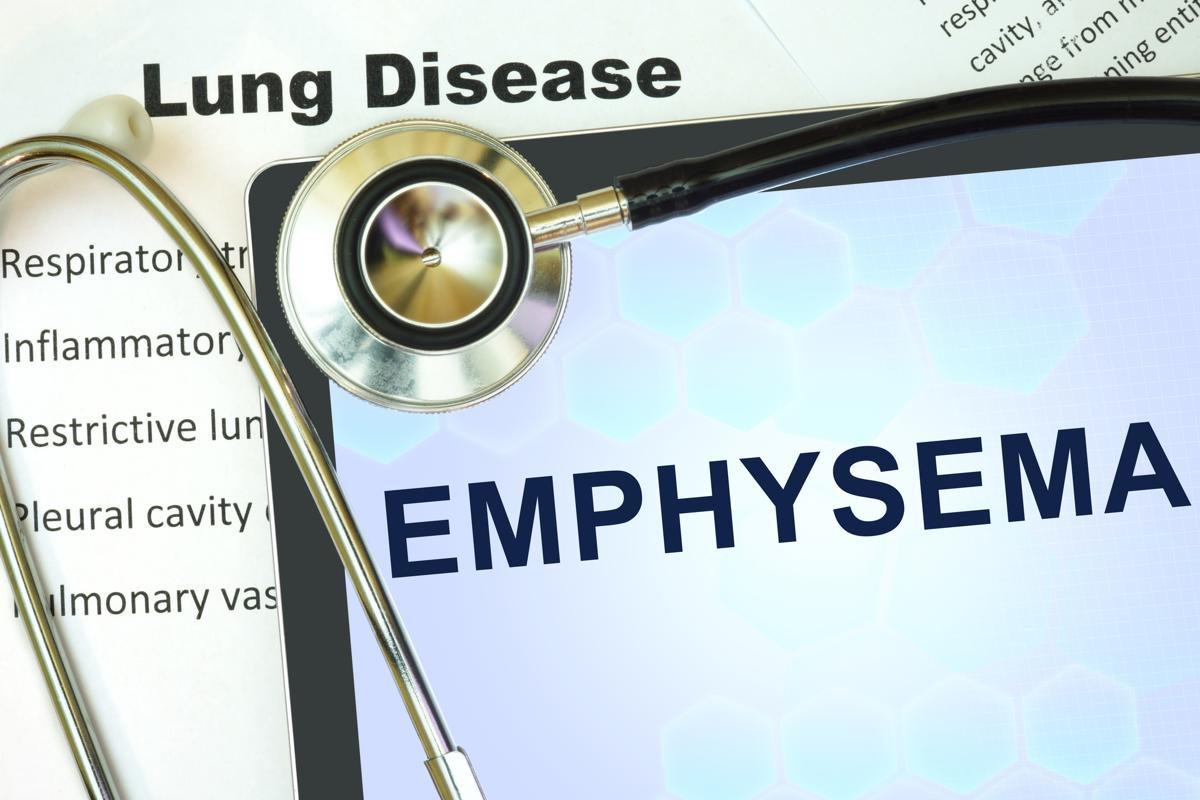 Smoking is one of the prominent causes of emphysema. In this article, you will find the causing factors, symptoms and treatment methods of emphysema.

Emphysema is one of the major respiratory disorders that is characterized by the body’s inability to expel out air. The elasticity of the lungs is reduced which makes breathing difficult. The condition occurs when the air sacs or the bronchioles in the lungs get destroyed. Emphysema is one of the causes of Chronic Obstructive Pulmonary Disease (COPD), which is a severe respiratory disorder. Emphysema cannot be reversed, but, can be slowed down with the help of proper treatment methods. However, it is wise to know emphysema causes and avoid them, in order to prevent the disease. Let us take a look at the causes, symptoms and treatment of emphysema in detail.

As mentioned above, smoking is one of the most eminent causes of emphysema in people. Smoking causes inflammation inside the lungs which leads to swelling of the bronchioles. Smoking is also one of the reasons for destruction of the tissues inside lungs. It should be noted that secondhand or passive smoking is equally harmful and can even lead to this disorder. Therefore, people should avoid exposure to secondhand or passive smoking.

Secondly, deficiency of a protein known as Aat (Alpha-1 Antitrypsin) also causes emphysema. This protein is essential to maintain elasticity of the lung muscles and hence, absence of it can lead to this respiratory disorder. Lastly, if looking for risk factors of the disease, then note that people who are exposed to air borne pollutants like smoke, dust, etc. for an extended period; and people having a weakened immune system are at the highest risk of suffering from emphysema and later COPD.

As the air sacs or the bronchioles get damaged, a person suffering from emphysema experiences shortness of breath. Therefore, difficulty in breathing and shortness of breath are the most common symptoms of this disorder. Apart from these, tiredness, fatigue, cough, tightness in the chest, wheezing, loss of appetite, weakness, etc., are some of the other symptoms experienced when suffering from this condition. Another significant feature is that the chest of the person expands due to the trapped air inside the lungs, making it appear like a barrel.

Use of bronchodilator is the most commonly used treatment methods for treating emphysema. These medications help in opening the air passages to the fullest. Secondly, steroid medications are also used to treat the inflammation in the lungs. In case of severe shortness of breath, the person may be hospitalized. Oxygen therapy is used to treat shortness of breath. In severe cases, a surgery and lung transplantation may be used for treating this disorder. The damaged lung tissues are removed with the help of a surgery and lung transplantation can help in increase of the person’s life expectancy.

Apart from the treatment methods, it is essential to make changes in the lifestyle in order to prevent the progression of emphysema to COPD. As smoking is one of the major causes of the same, one should stop smoking completely. Secondhand smoke is also equally dangerous and hence, one should make sure that he is not exposed to secondhand smoke. Secondly, one should also practice breathing exercises to treat difficulty of breathing and other breathing disorders. Lastly, one should try as much as possible to keep away from air borne pollutants like smoke, dust and other harmful chemicals.

Emphysema is a severe disorder which can also be life-threatening if not treated at proper time. Therefore, one should not ignore any of the above mentioned symptoms, but take proper treatment. Lastly, one should remember that Smoking Kills! Take care!