Tourette syndrome (TS) is considered as an inherited condition, where people feel an irresistible urge to perform their tics. Tics are nothing but sudden and unusual repetitive movements or sounds that people with TS make involuntarily. Find out some more Tourette syndrome facts in this HealthHearty article.

You are here: Home / General Health / Facts About Tourette Syndrome 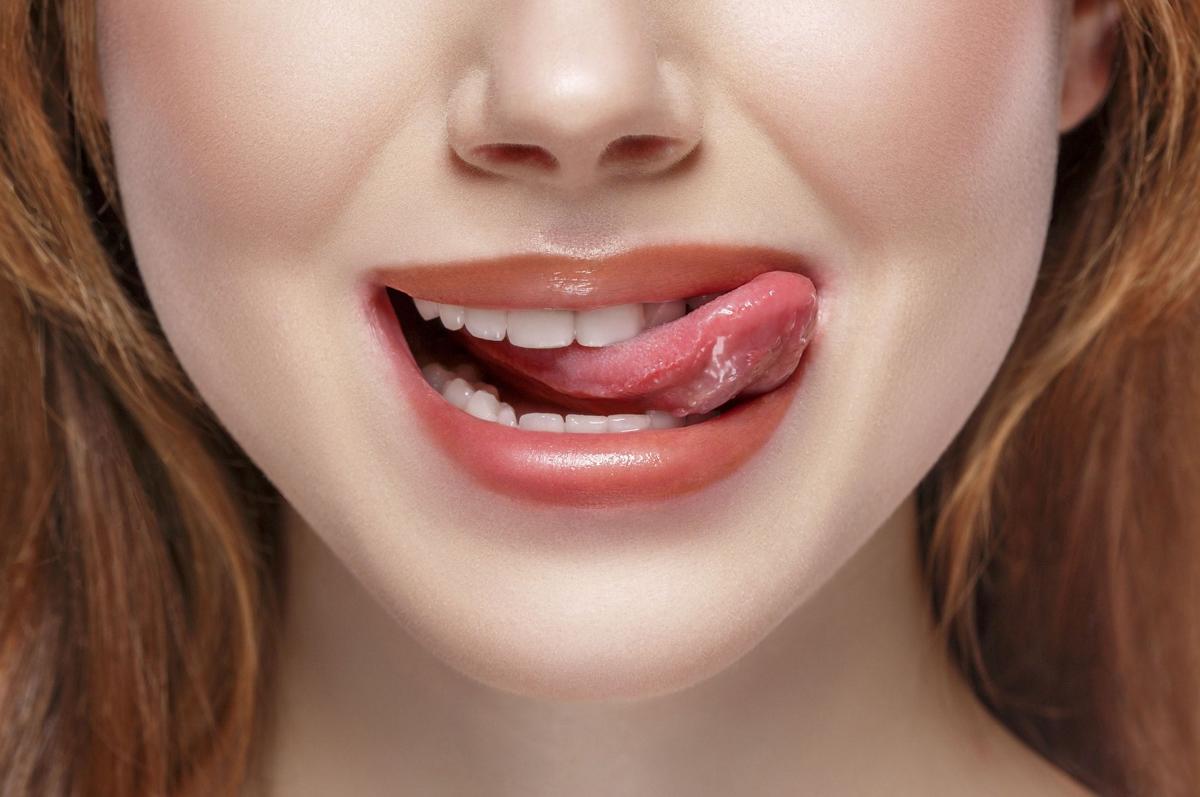 Tourette syndrome (TS) is considered as an inherited condition, where people feel an irresistible urge to perform their tics. Tics are nothing but sudden and unusual repetitive movements or sounds that people with TS make involuntarily. Find out some more Tourette syndrome facts in this HealthHearty article.

Did You Know?
People with Tourette syndrome are often shown swearing or blurting out offensive words involuntarily. But this symptom is actually quite rare, and is present only in a small section of the affected people.

Tourette syndrome is a neurological disorder, where the affected individual makes sudden, unusual repetitive sounds or movements unintentionally. Such movements or sounds are termed as tics. Tics are usually uncontrollable, and sometimes can even interfere with the day-to-day activities of the affected person.

Its symptoms usually appear in childhood between the age of 2 to 12 years, with the median or average age of onset being 7 years. The tics associated with this disorder can gradually become milder, and sometimes go away by the time an affected child reaches his or her adulthood. Here is a brief discussion about its causes, symptoms, treatment, and prognosis.

What is Tourette Syndrome?

✦ Named after the French doctor Georges Gilles de la Tourette, Tourette syndrome is a neuropsychiatric disorder. It is considered to be a genetic or inherited condition.

✦ It usually develops before the age of 18 years, and has been observed that boys are more likely to get this condition than girls. However, it is not a very common condition, and according to estimates, 3 out of every 1,000 children can develop this syndrome.

✦ The main distinguishing characteristic of Tourette syndrome is the presence of different types of tics. Tics associated with this syndrome are mainly classified into two types – vocal tics and motor or physical tics. Motor tics commonly involve the muscles of the face and neck.

✦ Both motor and vocal tics are classified as simple and complex. Simple tics are abrupt, brief, and occur in isolation. They usually involve a limited number of muscle groups.

✦ Complex tics, on the other hand, refer to a series of involuntary movements that can involve several muscle groups. Complex tics may seem to be done intentionally, but they are also involuntary, just like simple tics.

✦ Individuals affected with Tourette syndrome can exhibit motor and vocal tics, that can be both simple and complex.

✦ The first case of Tourette syndrome was reported in 1825 by a French doctor, Jean Marc Gaspard Itard. He was studying the case of Marquise de Dampierre, a noblewoman who developed vocal tics at the age of seven. Along with tics, the lady had coprolalia (uncontrollable use of obscene or socially inappropriate language), which was quite surprising, considering her social background and refined manners.

✦ Tourette syndrome was first described in 1885 by Georges Gilles de la Tourette, a French physician and neurologist. He was asked to study patients at the Pitié-Salpêtrière Hospital by an influential French physician, Jean-Martin Charcot.

✦ The main reason behind this study was to define an illness that is distinguishable from hysteria and chorea. Doctor Georges Gilles de la Tourette wrote an account of several patients with tics, including the noblewoman studied by doctor Itard.

✦ What exactly causes Tourette syndrome is not known, but it is mainly considered to be an inherited disorder. Along with genetics, environmental factors are believed to play an important role in the development of this complex disorder.

✦ One possible cause is the presence of an abnormal gene that changes the way in which the brain uses certain neurotransmitters, like dopamine and serotonin. Current research has pointed out that abnormalities in certain parts of the brain, including the cortex, basal ganglia, and frontal lobes, can be associated with this disorder.

✦ Tourette syndrome has been reported to be inherited as a dominant trait. So, a father with the syndrome has 50% chances of passing down the abnormal gene onto his child. The child may or may not develop it, or develop tics that are milder than the father.

✦ So, it is believed that along with genetics, environmental factors may affect the intensity and nature of tics. This belief is further strengthened by studies carried out in identical twins. Despite being genetically identical, identical twins can have tics that differ in their nature, intensity, and frequency. It has been observed that the twin with less body weight tends to have more intense or severe tics later in life.

Sudden and intermittent tics are its main symptoms. For some people, tics may be mild, while for others, they can be severe and long-lasting. Severe tics can greatly affect day-to-day functioning of the affected individual. In general, motor tics occur before vocal tics. The most common examples of simple motor tics are:

The following are some of the most commonly observed complex motor tics in people with Tourette Syndrome:

Along with motor tics, affected individuals can experience the following simple vocal tics:

Complex vocal tics observed in this condition include:

It has been observed that stress or any kind of excitement can aggravate tics. Tics have also been observed to worsen during the teenage years, but then the condition improves in early adulthood.

Tourette Syndrome is a complex disorder, and its diagnosis is based on certain criteria, such as:

✦ Presence of both motor and vocal tics
✦ Occurrence of tics before the age of 18 years
✦ Tics occur almost everyday, intermittently, or several times a day for at least one year
✦ Tics should not stop for a period of more than three months

Imaging tests, such as MRI (Magnetic resonance imaging), CT (computed tomography) scan, and EEG (electroencephalogram), can be carried out in rare cases, mainly to rule out the possibility of other neurological conditions that can be confused with Tourette Syndrome.

At present, there is no cure for the condition. However, there are several treatment options that can help control the symptoms associated with this condition. Some individuals with mild tics may not require any treatment, as long as the tics do not interfere in their day-to-day activities. But if it becomes painful and affects the quality of life, then they can be managed with psychotherapy, behavior therapy, and deep brain stimulation.

Habit-reversal training is a form of behavior therapy that helps affected individuals monitor the pattern and frequency of the tics. It also helps identify the sensations, known as premonitory urges, that often precede a tic. This therapy helps people find an alternative method of relieving those urges.

People affected with the condition have a normal lifespan. It usually does not affect their overall health and activity level. In general, the symptoms of this condition have been observed to become milder in the late teens and early 20s. In fact, some people may not experience any symptom during this period. In around two-third of people diagnosed with the condition, the symptoms have been observed to improve dramatically after around 10 years from their onset. The remaining one-third experience the symptoms of this condition throughout their life, but the symptoms gradually become less intense.

Can People with Tourette Syndrome Control Their Tics?

Although tics are often termed as involuntary, they can be controlled or suppressed for a brief period. Some individuals can effectively camouflage their tics in order to reduce their impact. Basically, tics are so compelling, that people with Tourette syndrome feel an irresistible urge to perform them. If they try to suppress their tics, they experience a buildup in tension. They feel relaxed only when the tics are allowed to be expressed. It has been observed that suppression of tics often results in a greater outburst.

Are Any Other Conditions Associated with Tourette Syndrome?

It has been observed that certain other behavioral and developmental conditions occur along with Tourette syndrome. About 80% of the children with this condition have also been diagnosed with at least one other neurobehavioral problem. Attention-deficit hyperactivity disorder (ADHD) and obsessive-compulsive disorder (OCD) are the two most common conditions that can affect people with this syndrome.

Apart from these two conditions, there can also be depression, anxiety disorders, sleep disorders, and learning disabilities. It is not clearly understood how these conditions are related to Tourette syndrome, but they are usually more disabling than the tics associated with the syndrome. It has been observed that treating one disorder may sometimes worsen the symptoms of the other disorder.

Do All People with Tics Have Tourette Syndrome?

All people experiencing tics do not have Tourette Syndrome, as some other condition can also cause tics. Sometimes, a traumatic injury to the brain, as well as conditions like encephalitis and Huntington’s disease can cause tics as well.

Howard Hughes, an American business magnet, aviator, and a successful film producer, had both Tourette syndrome and obsessive-compulsive disorder. Some other famous personalities who have or had this syndrome are, Tim Howard (American soccer player), Marc Summers (popular TV host and entertainer), and Michael Wolff (jazz pianist, composer, and actor). Wolfgang Amadeus Mozart and Dr. Samuel Johnson were also believed to have Tourette Syndrome, on the basis of the symptoms they exhibited.

Affected individuals can often lead a normal life, as this disorder does not affect their health or intellect. But sometimes, they may become a little embarrassed about their tics, and hesitate to participate in social activities. Therefore, family support is of utmost importance to avoid depression and social isolation in people with Tourette syndrome.