Fluid in lungs is often associated with poor functioning of the heart. Respiratory infections such as pneumonia can also cause fluid to fill up inside the lungs.

Fluid in lungs is often associated with poor functioning of the heart. Respiratory infections such as pneumonia can also cause fluid to fill up inside the lungs.

Fluid filled lungs, also referred to as pulmonary edema, is a condition in which there is abnormal accumulation of fluid in the alveoli, that are located in the lungs. Each lung contains approximately 300 million tiny air sacs, also known as alveoli. The alveoli appear in clusters and each cluster looks very similar to a bunch of grapes. The inhaled oxygen is absorbed by the alveoli, which is then passed down to the bloodstream. At the same time, carbon dioxide from the blood reaches the alveoli and subsequently leaves the lungs. In pulmonary edema, fluid gets trapped inside the alveoli, eventually causing breathing problems.

The underlying cause of water in lungs has often been attributed to heart problems. However, it can also occur when lungs are invaded with some sort of infection. It is discussed below:

Heart Problems
When the heart is not working correctly, pulmonary edema is likely to occur. The main job of the heart is to take pure oxygenated blood from the lungs that enters through the pulmonary veins. It is then delivered to various parts of the body through a large artery known as aorta. In some cases, the heart becomes ineffective in delivering sufficient blood to different organs. Poor functioning of the heart causes the blood in the pulmonary veins to back up. The blood moving in the opposite direction puts excessive strain on these veins. Due to this excessive pressure, the veins start leaking. As these veins pass through the lungs, the fluid that comes out, finds its way into the alveoli. This fluid disrupts the normal flow of oxygen through the lungs leading to shortness of breath. People suffering from congestive heart failure (CHF), defective heart valves, cardiomyopathy or those with a history of heart attacks may also eventually develop pulmonary edema.

Pneumonia
Cases of fluid in lungs can also arise from pneumonia. This medical condition that typically affects the respiratory system is typically marked by inflammation of the lungs. Basically, pneumonia is classified as an infection of the lungs that can occur from viruses, bacteria or fungi. After gaining access to the lungs, the harmful microbes thrive in the alveoli. As a response to the infection, the alveoli become filled with pus and fluid. This impairs the oxygen flow in the lungs, eventually causing breathing problems.

Tuberculosis
Tuberculosis (TB), a severe bacterial lung infection can also cause fluid to accumulate inside the lungs. But in most cases, TB causes excess build up of fluid around the lungs. Also referred to as pleural effusion or ‘fluid on lungs‘, the condition is commonly diagnosed among TB patients. Normally, there is a small amount of fluid surrounding the lungs but in TB there is bacterial growth in the fluid filled space between the chest wall and the lungs. Hence, the quantity of fluid circulating in this space increases tremendously, thereby impairing the expansion of lungs needed while breathing. Pleural effusion may eventually cause fluid to leak into the lungs. Also, many times the onset of TB is followed by pneumonia, a condition commonly referred to as tuberculosis pneumonia. This medical condition, too can cause water retention in lungs.

Trauma
Trauma resulting from strangulation or electrocution drastically reduces the blood flow to the lungs, which may lead to fluid build up. A person experiencing a near drowning situation may also suffer from pulmonary edema.

Liver Problems
Excess water tends to accumulate in lungs when liver is damaged considerably. Abuse of alcohol is one of the primary causes of liver diseases such as cirrhosis, which may ultimately lead to fluid build up in the lungs, ankles and the abdomen. Excessive alcohol consumption can also have a direct impact on lung efficiency. Studies suggest that alcohol decreases production of glutathione, an antioxidant that plays a key role to prevent oxidative damage of lungs. However, lower glutathione level can make lungs susceptible to wide range of problems that may manifest in the form of fluid in lungs.

Lung Cancer
Patients diagnosed with lung cancer tend to show water retention inside and around the lungs, as observed on a chest X-ray. So, whether the cancer has started in the lungs itself or spread from other part of the body to the lungs, pulmonary edema is likely to occur.

Inhaling Toxic Gases
Exposure to poisonous gases such as ammonia or even smoke from fire also cannot be tolerated by the lungs. Toxic gases act as lung irritants and so their inhalation is likely to cause problems, the most common ones being lung inflammation and pulmonary edema.

Blood Transfusions
Blood transfusions are often recommended for many serious ailments, but if the process is not carried out properly, it can cause serious complications such as damage to the lungs, which may ultimately lead to pulmonary edema. Approximately 5 out of 10 cases of blood transfusion cause lung injury.

High Altitudes
Mountaineers are predisposed to high altitude pulmonary edema if they don’t carry appropriate equipment along with them. It is a known fact that oxygen level and air pressure reduces as we climb higher altitudes. This increases pressure on the pulmonary arteries. The pressure build up may force the arteries to leak fluid into the lung tissues.

Kidney Problems
The main task of the kidneys is to purify blood by extracting fluid from it and then disposing it off in the form of urine. It is also involved in regulating sodium (salt) levels, excess of which is eliminated through urine. Too much of sodium in the body can cause fluid retention (edema) in any part of the body including the lungs. With the onset of kidney problems, eliminating waste from the blood as well as controlling sodium levels is put on the back burner. All this can contribute in the development of fluid filled lungs.

Health care professionals can diagnose this disease by observing the patient’s symptoms. Patients with fluid filled lungs have rapid breathing and abnormal heart sounds. In some cases, patients are short of breath upon exertion. Any strenuous physical activity and the patient is unable to breathe properly. In general, following are the symptoms associated with pulmonary edema.

If immediate treatment is not given, the above symptoms will gradually aggravate to:

A chest X-ray can tell a lot about the working of the lungs. Water retention in and around lungs is visible in an X-ray. Moreover, other medical conditions such as bronchitis, pneumonia, asthma and even heart failure can also be easily diagnosed using a chest X-ray.

For the treatment to be effective, one must maintain a low-salt healthy diet, avoid smoking and alcohol consumption. The treatment is tailored individually taking into account the cause of the disease. This condition can be life-threatening, if not treated. It is necessary to identify the underlying cause in order to start the right intervention. For instance, if a heart disorder has given rise to this condition, then firstly treatment should be given to stabilize the heart. Experts have recommended the following treatment for pulmonary edema: 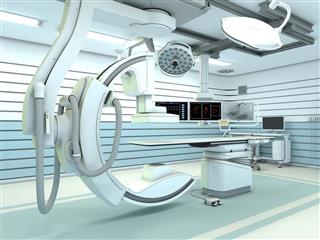 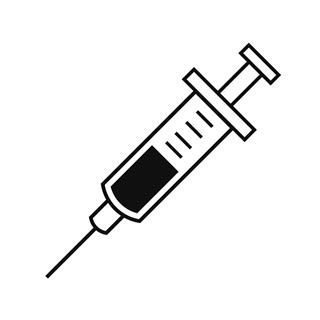