Gallbladder cancer is rare when compared to other forms of cancer. The condition is mostly diagnosed in people over 50, and women are more susceptible to it than men. We are here to know about the symptoms of gallbladder cancer. 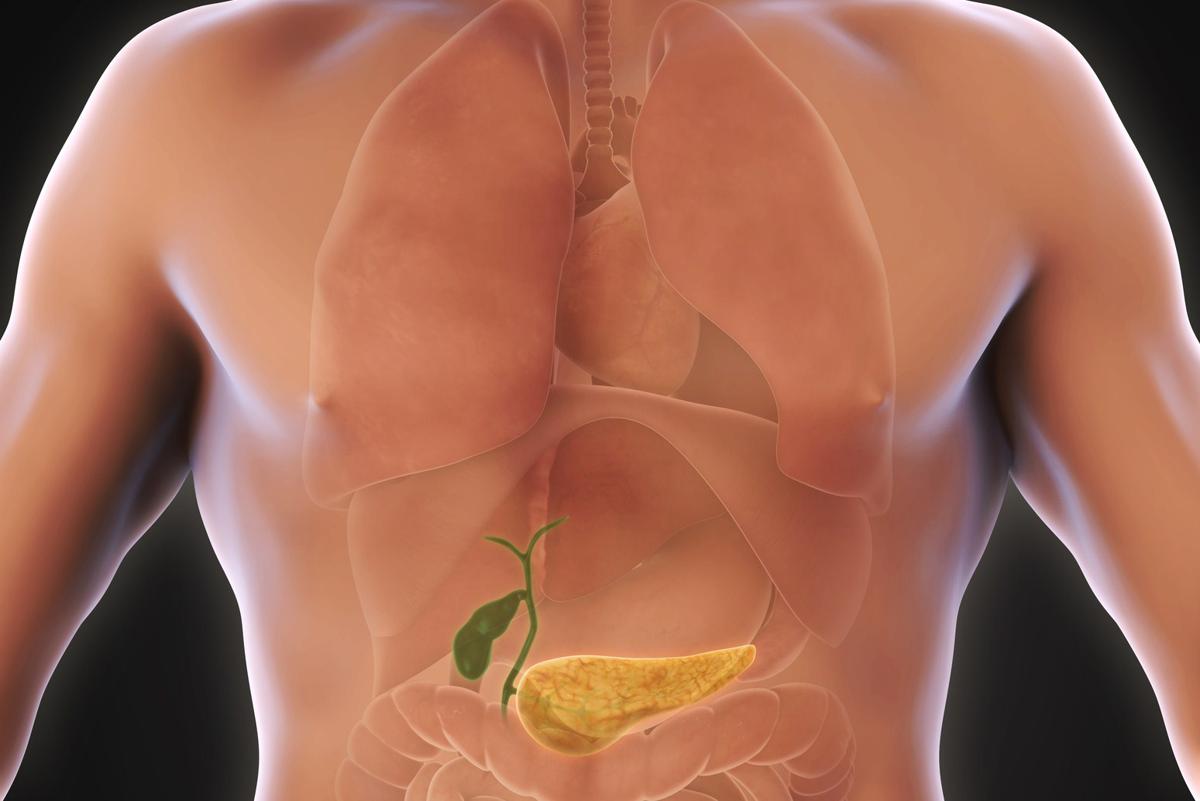 Gallbladder cancer is rare when compared to other forms of cancer. The condition is mostly diagnosed in people over 50, and women are more susceptible to it than men. We are here to know about the symptoms of gallbladder cancer.

The pear-shaped organ that sits beneath the right lobe of the liver is called the gallbladder. Fats in food are digested with the help of a fluid known as bile juice. This fluid is stored and concentrated by the gallbladder. Due to unknown reasons, cancerous cells may begin to grow in the tissues of the gallbladder. This is known as gallbladder cancer. In most cases, the cancer begins in the inner layer of the organ and gradually takes over the outer layer as it progresses.

Like almost all types of cancer, gallbladder cancer does not cause any signs or symptoms in the early stages. It is at a later stage that the affected person may start experiencing some symptoms. But the symptoms which do occur may mimic those of other medical conditions. That is why most cases of gallbladder cancer go undetected and are diagnosed at an advanced stage. In some people, the disease is unexpectedly discovered during medical procedures like a gallbladder surgery, etc. This may occur for 1 in 5 cases.

People with gallbladder cancer may experience the following symptoms:

Jaundice is also an important symptom that might indicate gallbladder cancer. The cancerous tumor in the gallbladder may restrict the flow of bile from the organ into the small intestine. This may cause the bile to flow into the bloodstream or tissues. When this happens, the whites of the eyes, mucous membranes and skin start becoming yellow. This is known as jaundice. This condition may also cause pale colored stools, and dark-colored urine.

It is important to understand that the above mentioned symptoms do not necessarily indicate the presence of gallbladder cancer. Having said that, it is important to get them checked by a qualified medical personnel.

Gallbladder cancer, when detected at an early stage, has significant chances of being cured. However, because of its hidden nature, the cancer is mostly detected at a later stage lessening the chances of any cure.

And in cases wherein the cancer has already spread to other parts of the body and a cure is most unlikely, palliative treatment is administered to control the symptoms and improve the quality of life of the patient by reducing the risk of complications. Chemotherapy and radiation therapy are usually the treatment measures for a late-stage gallbladder cancer.

Being diagnosed with a medical condition such as cancer may be distressing. It not only affects the patient but also his/her family and friends. Most patients may develop uncertainty, fear, self-doubt and anger about the changes that the condition may cause in their lives. It is understandable for a patient not to pay attention to what other people tell him/her. For someone, accepting that he/she has been diagnosed with cancer is challenging.

Most medical experts say that cancer patients are able to cope with their emotions in a better way when they increase their understanding about their condition. The more patients are aware of cancer, the less anxious and uncertain they become. Seeking support from friends and family members, keeping in touch with a health care team, and being connected with people facing similar situations can do a great deal in helping cancer patients take control of their situation and make informed and rational decisions.

Disclaimer: This article is provided as an information resource only, and should not be used to replace professional medical advice.