A condition which occurs due to excess secretion of thyroxin by the thyroid gland, is called Graves' disease. It roughly affects 2% of the female, and 1% of the male population around the world. 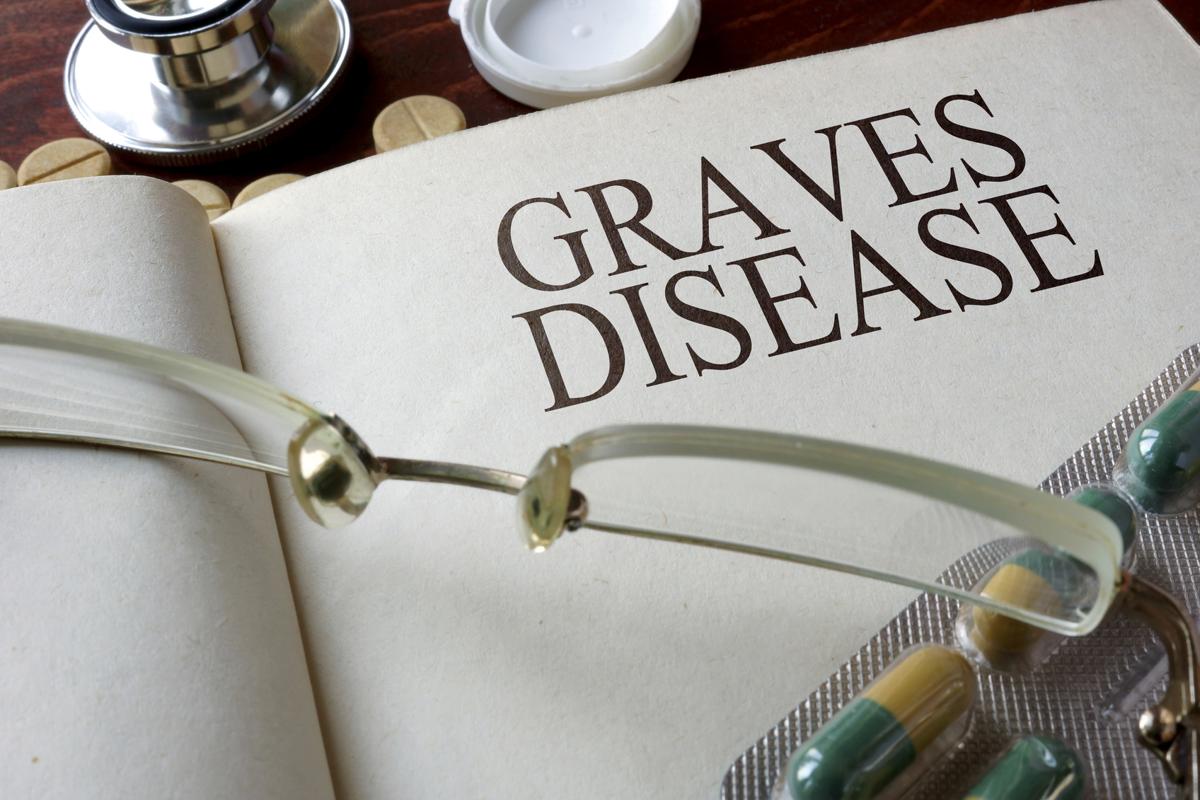 A condition which occurs due to excess secretion of thyroxin by the thyroid gland, is called Graves’ disease. It roughly affects 2% of the female, and 1% of the male population around the world.

Graves’ disease occurs due to excess secretion of thyroxin, and is characterized by the enlargement of the thyroid gland, protrusion of the eye balls, increased heartbeat, etc. It is also known as toxic diffuse goiter, or exophthalmic goiter. It commonly occurs in infants, elderly people, and children. Further, women are more likely to be affected by it than men.

The pituitary gland in the brain secretes thyroid stimulating hormone (TSH), which combines with Thyroid stimulating hormone receptor (TSHR), this combination results in the stimulation of thyroid gland, which in turn secretes a hormone called thyroxin. This hormone is responsible for maintaining proper metabolism of the body, i.e., the rate at which food is converted into energy. The rate of metabolism depends upon the amount of hormones being secreted into the blood stream.

When a person is affected by this disease, antibodies of TSH are produced by the immune system. These antibodies combine with TSHR and stimulate the thyroid hormone to produce excess thyroxin. Due to over secretion, the metabolism rate is increased, which results in increased heartbeat, high level of perspiration, trembling, weight loss etc.

The cause of this illness which induces the immune system to attack the thyroid gland is not known. But, doctors believe that a combination of factors such as, heredity, sex, age, and stress, may lead to this condition.

Hyperthyroidism: This occurs when the thyroid gland starts over functioning. As the thyroid hormone regulates the body’s use of energy, when it is over secreted, it can cause many disorders in the bodily functions. Symptoms such as weight loss, diarrhea, insomnia, anxiety, high blood pressure, abnormally fast metabolism, etc., point to this condition.

Ophthalmopathy: In this condition, the tissues and muscles behind the eyes swell, and force the eyeballs to shift forward. They pass their protective orbit which makes the front end of the eyes, dry and uneasy. Cigarette smokers who have goiter, suffer from eye irritation. Some other effects include:

Dermopathy: This occurs when the skin reddens and bulges, which further causes itching and pigmentation. This complexity is often visible on the chin, and top of the foot.

During pregnancy, the goiter affected mother is likely to transmit the illness to her child. Most fetuses affected by Graves’ disease, get it from the mother.

This illness can be diagnosed by physical examination and blood testing. The rate at which the thyroid gland absorbs iodine, can be measured by administering a small amount of radio active iodine to the patient. If the rate is high, then the patient is prone to goiter. The treatments provided for this condition are:

If the condition worsens, the only remedy is to remove the thyroid gland by surgery. Then, the patient is given a periodic treatment, for the normal supply of iodine for the body.