Variation in the male-female hormone levels is the fundamental cause of gynecomastia. A number of factors give rise to such a hormonal imbalance. To learn about these causes, keep reading.

You are here: Home / General Health / What Causes Gynecomastia? 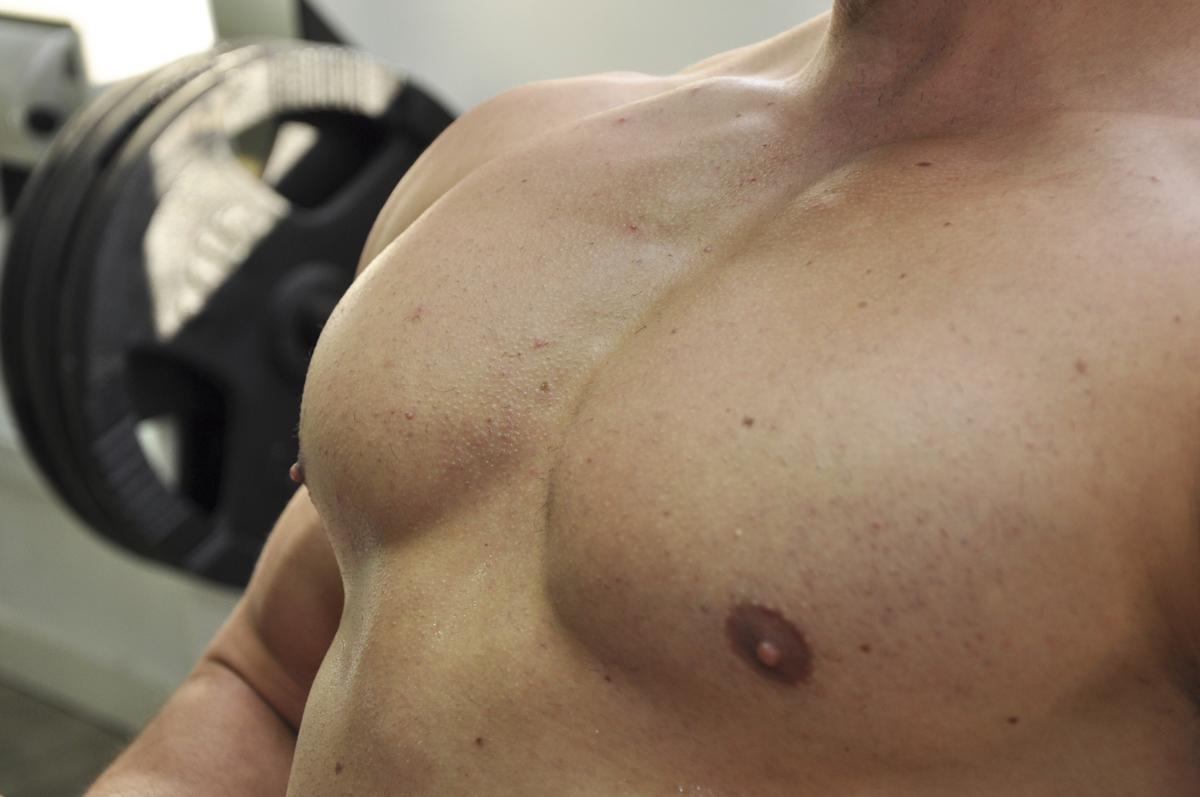 Variation in the male-female hormone levels is the fundamental cause of gynecomastia. A number of factors give rise to such a hormonal imbalance. To learn about these causes, keep reading.

Very small amounts of glandular tissues are present in male breasts. The enlargement of these glandular tissues results in the formation of breasts in men. This abnormal condition of male breast enlargement is medically termed as gynecomastia. It can be either unilateral (single breast affected) or bilateral (both breasts affected), and should not be confused with pseudogynecomastia, which is actually the deposition of fat in the breast area of overweight men. Gynecomastia can occur at any stage of life in men, but its occurrence is most common at early puberty and late adulthood. Various physical conditions can lead to this condition.

Both males and females possess estrogen (a female hormone) and androgen (a male hormone). During puberty, the levels of these hormones keeps fluctuating. If for a period of time, estrogen levels go higher than that of androgen in a male, gynecomastia occurs. Such an imbalance of hormones usually gets resolved on its own within 6 months to 2 years. The condition also disappears when the imbalance corrects itself. This is called physiologic gynecomastia. If it persists for more than 2 years, which is generally the case with boys at pubertal age, it is known as persistent pubertal gynecomastia.

Apart from puberty, there can be several other reasons behind the fluctuation in the levels of hormones. Malnutrition and recovery from it tops the list. As per studies, it alters the natural synthesis of hormones, and hence its levels. Thus, deficiency of nutrients is one of the causes of this condition. Some diseases, like chronic renal failure, hyperthyroidism, and cirrhosis of liver affects normal metabolism of hormones. This further results in a hormonal environment in the body that causes gynecomastia.

Klinefelter’s syndrome, microbial infections, physical trauma, aging, and blood circulation disorders affect the male reproductive organ called testes, which is responsible for the production of testosterone. This, in turn, leads to a marked decrease in the levels of testosterone, sometimes even lower than that of estrogen in the male’s body. Such a hormonal imbalance again favors gynecomastia.

Gynecomastia may be a side effect of a wide variety of medicines and drugs. Many diuretics can cause anti-androgenic activity on a male’s body. Hypertension medicines, especially those containing calcium channel blockers, affect metabolic processes of hormones and this can be associated with long-term or improper usage of medications for prostate cancer, bacterial infection and ulcers. Drugs such as alcohol, amphetamines, marijuana, and heroin may also cause gynecomastia. Long-term usage of lavender oil and tea tree oil, which are often present in skin care products, are observed to induce this condition due to their weak estrogenic activity.

Some health conditions are found to bring variation in the normal levels of hormones in the body. If somehow, they lead to imbalance in the reproductive hormones, they may cause gynecomastia. A number of hormonal changes occur during the aging process in humans. If it involves estrogen-androgen levels, it may give rise to gynecomastia. Similarly, tumors affecting the testes, pituitary glands or adrenal glands can alter the male-female hormone balance.

Many-a-times, gynecomastia does not need to be treated. It disappears with time or on stopping the intake of the causative medicine or illegal drug. If it is a result of some sort of disease, then the treatment for the same will cure gynecomastia as well. Doctors may prescribe a few breast reduction exercises. However, if it is accompanied with tenderness, medication can be prescribed. They work by making the extra breast tissue go away. In a very small number of cases, surgical treatment may be required.

Men suffering from gynecomastia often feel embarrassed and abused in public. They often suffer from psychological complexes and depression. They should understand that it is only a complication that results from a particular kind of hormonal disorder. Once they will remove the cause, the condition will automatically go away. However, if they wish, they can seek professional help to better cope with the condition.