Lack of activity and eating foods low in fiber are the most common causes of hard bowel movements. In some cases, the solution is as simple as addressing these causes. In others, the condition may be slightly severe and may require medical attention. The information below will help you recognize it's symptoms and causes, in adults as well as children, and different ways of treatment for the same.

Lack of activity and eating foods low in fiber are the most common causes of hard bowel movements. In some cases, the solution is as simple as addressing these causes. In others, the condition may be slightly severe and may require medical attention. The information below will help you recognize it’s symptoms and causes, in adults as well as children, and different ways of treatment for the same. 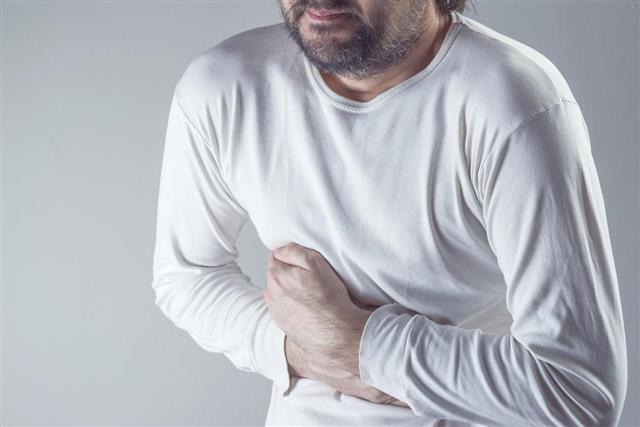 Hard bowel movements are usually a result of a condition called constipation. Most of you may be familiar with this term and it’s symptoms. In this condition, the stool becomes hard, lumpy and dry. When the stool remains in the gastrointestinal tract for more than 48 hours, the fluid it contains is reabsorbed by the body. This causes it to become hard, dry and difficult to pass from the body. Constipation tends to become chronic if not dealt within time, where in extremely severe cases, it may cause pain and bleeding while passing stool. In most cases, all it takes are a few home remedies to cure this problem. However, in more serious cases, it is important to visit a doctor and understand the root cause of the problem. Here, we take a look at the causes, consequences and treatment for this problem.

Hard bowel movements can be very uncomfortable and may be caused due to several reasons.

Suffering from hard bowel movements can have several consequences such as pain or bleeding. It is crucial, therefore, to identify the reasons for the same. This way, timely treatment can be given to take care of the condition before it worsens.

Babies and toddlers also tend to suffer from hard bowel movements, mostly due to the intake of certain baby foods and products, or when their diet changes from breastfeeding to baby formula. One may notice the condition of hard bowel movements in infants and toddlers when they strain uncomfortably while passing motion, and also when the motion they pass is large and hard. They may suffer from this problem for the following reasons.

Apart from these causes, lack of fibrous foods and exercise are also applicable to the causes of this condition in infants as well as in toddlers.

The suggested treatment for hard bowel movement is almost similar in adults and children. Most of the suggestions constitute home remedies and do not require professional intervention. If you find the condition to be serious and unbearable, consult a doctor immediately.

If the condition is serious, and if one tends to experience bleeding in the process of bowel movements, it is advisable to visit a doctor, as only a doctor will be able to identify the degree of severity of the condition, and prescribe the necessary medication. This rule applies to both children and adults.

Digestive health is as important as any other aspect of personal health care. Unknown to many, digestive problems such as hard bowel movements, reflect in way of poor skin condition identified by acne and dandruff. Even hair begins to lose its luster and shine as a result of hard to pass bowel movements. It is hence, essential to ensure that our bowel movements are regular and soft, in order to be able to lead a healthy lifestyle, and vice versa.