Most women don't even realize that they may have a blocked artery. Often heart blockage symptoms in women are not very evident, thereby making it very difficult to tell whether a simple bout of breathlessness is something to worry about or not.

Most women don’t even realize that they may have a blocked artery. Often heart blockage symptoms in women are not very evident, thereby making it very difficult to tell whether a simple bout of breathlessness is something to worry about or not.

Heart blockage occurs with the formation of plaque in the arteries, which is often accompanied by atherosclerosis. This type of heart disease causes the coronary arteries to shrink, thereby making it difficult for the arteries to transport oxygenated blood to other parts of the body. When the blood flow to the heart gets disturbed, individuals begin to complain about chest pain and uneasiness, which if not cured, can and will eventually lead to a heart attack. Ironically, symptoms of heart blockage in women are never easy to detect, as they are somehow different in their characteristics and are dissimilar to the symptoms displayed by men. Some common signs of blocked arteries in women are being discussed in this HealthHearty article.

Chest pain/discomfort is known as ‘angina‘ in medical terms. Being a symptom of an underlying heart condition such as CHD, angina is most likely to occur while resting or sleeping. Women who suffer from coronary microvascular diseases (CMD) may experience angina during everyday activities such as working, typing, cooking, etc.

What is Silent CHD

Silent CHD often goes undiagnosed because of its asymptomatic nature. Not all women with coronary heart disease (CHD) portray the same symptoms and some don’t show any signs of this disease until a major attack or blockage is accidentally or intentionally detected. Sometimes, common symptoms such as chest discomfort or pain in the jaw, neck, throat, lower chest, upper abdomen or upper back, may not at all appear in some women with this heart condition.

Signs of Heart Blockage in Women

According to medical research, women are more prone to suffering from heart attacks than breast cancer. As per the ‘American Heart Association’ statistics, most women above the age of 25 succumb to undetected cardiovascular diseases. Often, heart problems are accompanied or aggravated due to health problems such as diabetes, higher than normal levels of cholesterol, as well as the onset of menopause, which reduces the protective tendencies of estrogen in a woman’s system. Because the symptoms of blocked arteries in women are so hard to differentiate, it is often noticed that the treatment of this condition gets delayed to a large extent.

Discomfort in the Throat
Most women experience slight discomfort while swallowing, and perpetual stress and tightness in their throats. These, often are the symptoms of carotid artery blockage, which form on either sides of the neck. These arteries run along from the heart and across the neck, so as to connect with the brain. Most women, ignore this discomfort and shrug it off as symptoms of a common cold or a mere throat infection.

Chest Pain
According to research, 43% women never experienced any chest pain, before they had a heart attack, while only 30% experienced chest pain. It seems that chest pain as a symptom is more prominent among men, while on the other hand, women merely feel slight discomfort and tightness in their chest. Often, they ignore this pain and assume it’s due to stress or fatigue. Or they assume it’s because of acidity, heartburn, or gas, which is causing the discomfort around the chest and throat.

Excess Fatigue
Most women have complained that they experienced unusual levels of fatigue before suffering from an eventual heart attack. Though they never could connect the dots, and assumed it may be related to stress, overexertion, and general tensions that made them feel mentally exhausted. They associated it with a hectic work schedule, but never to the possibility that something as severe as a blocked artery in their hearts, could be the actual reason.

Breathlessness
One common symptom and a rather predominant one that may help indicate a heart blockage, would be breathlessness. Women who have survived heart attacks have reported experiencing slight palpitations while climbing stairs, exercising, or doing chores at home. Some even felt ill with tiredness and fatigue, while some experienced nausea and vomiting, which was again, not take as seriously as it ought to have been.

Difficulty in Sleeping
Many women also claimed to have experienced difficulty sleeping. They also experienced a peculiar type of fullness and tightness in the center of their chests. These symptoms were again overlooked, as being associated with general worries of life.

Sweating and Dizziness
Sweating without doing any exercise or stressful work, and feeling lightheaded or dizzy for no apparent reason, are two interconnected symptoms that may point towards an unhealthy or blocked heart.

Heart failure implies that the heart is finding it increasingly difficult to cope with its routine demands, functions, and amount of exercise it used to perform. Symptoms such as breathlessness, swelling in the neck, abdomen, legs, ankle, and feet are signs that the heart is gradually failing and unable to pump blood properly.

Arrhythmia is also known as palpitation, wherein the heart experiences abnormal rates of muscle contractions. This may cause the heart to beat irregularly fast, slow, or in random rhythmic intervals. Arrhythmia can lead to breathlessness, loss of balance, darkening of vision, discomfort in the chest, as well as sudden cardiac arrest (SCA), in which case, the heart stops beating completely. If not treated immediately, a sudden cardiac arrest can cause unconsciousness and even lead to death.

Women who are 25 years and above must get regular heart blockage tests done every 6 months or within a year. This will help in detecting any blocked arteries and providing timely treatment. These symptoms must not be taken lightly, no matter how trivial they may seem at first. If these symptoms occur, getting yourself checked would be a prudent decision. 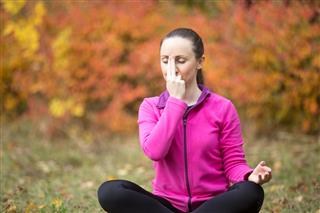 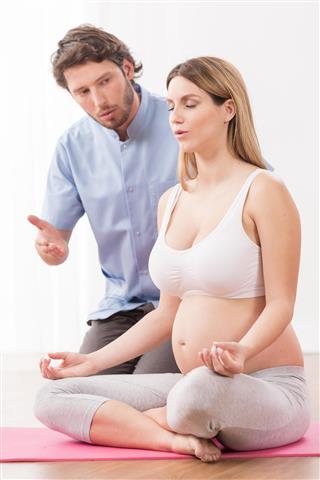 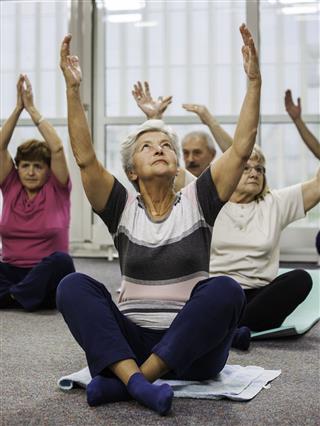