Hemochromatosis is overaccumulation and buildup of iron in the body due to various causes, leading to serious problems in all the major organs, including the heart, liver, and pancreas. Treatment is simple if its onset is detected early. In this article, the causes, symptoms, and treatment methods of this disease are presented. 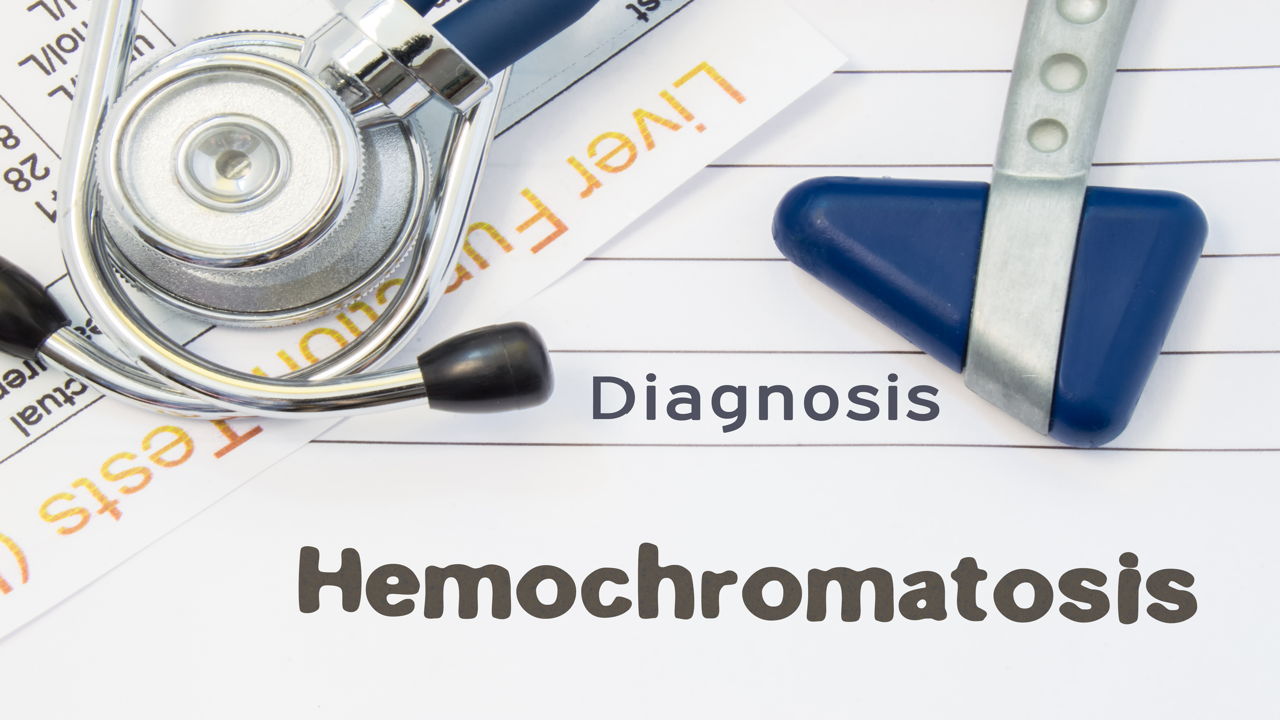 Hemochromatosis is overaccumulation and buildup of iron in the body due to various causes, leading to serious problems in all the major organs, including the heart, liver, and pancreas. Treatment is simple if its onset is detected early. In this article, the causes, symptoms, and treatment methods of this disease are presented.

Many diseases arise due to systemic anomalies in the human body’s assimilation mechanism of various minerals and nutrients. One such ailment, which arises due to problems in the body’s iron assimilation mechanism, is hemochromatosis. It causes overdeposition of iron in different organs of the body, including the heart, liver, testicles, and pancreas.

Iron is an essential mineral for the body, playing an important role in the formation of hemoglobin, which is the primary oxygen transporter. Cereals, red meat, poultry products, beans, leafy vegetables, and fortified bread are some of the prime sources of iron. Normal dietary requirement of iron in men and non-menstruating women is 8 mg per day, while menstruating women need an iron intake of 18 mg per day.

Human body normally absorbs only as much iron as required, which turns out to be about 10% of total amount contained in daily diet. However, people affected by hemochromatosis usually absorb about 30% of the diet-supplied iron. This results into substantially high accumulation of the metal, up to or in excess of 20 times more than required.

Usually, in people affected by the disease, the level of stored iron may reach as high as 50 gm. The normal levels are 3.5 gm in men and 2.5 gm in women.

The primary or hereditary type is prevalent among Caucasian and North European communities in USA and has a likelihood of five people being affected in 1000. In Canada, it is one of the most common genetic disorders, affecting 1 among 9 people. If it is a hereditary condition, the immediate next of kin or siblings of affected patients may have a 25% chance of being affected by the disease.

Both males and females are equally prone to this condition, but its symptoms arise early in males. This is because women loose blood through menstrual flow, indirectly slowing down the iron buildup. In men, symptoms start showing after the deposited levels of iron exceed 10 gm. People with Celtic ancestry have been found to be particularly prone to this disease, because it’s an inherited one. Men in the 30 to 50 age group and women in 50 plus age group are generally detected with hereditary hemochromatosis. It occurs very rarely in children.

As iron accumulates beyond normal levels in the heart, liver, pancreas, and other organs, symptoms of hemochromatosis present themselves. The nature of the symptoms varies according to the organs that are affected. Symptoms manifest in middle age and by then, the organ damage due to iron buildup, may be irreversible. Ergo, it is advisable that those with a family history of the disease, go for early DNA testing for confirmation and preventive treatment. The most common symptoms are:

If not diagnosed in time, some serious consequences like arthritis, liver problems, diabetes, and disruption of adrenal glands are likely. Therefore, early detection and diagnosis is very important.

Our body is a highly advanced bio-molecular machine, whose every function is controlled and regulated by the blueprint in the DNA (Deoxyribonucleic acid) macromolecule. One small error in the DNA sequence can result in major disruptions of body functions. The primary type of hereditary hemochromatosis, that is an overabundance of iron assimilated in the body, is caused by a disruption or mutation in a gene (a part of DNA) which regulates the iron assimilation in the body. It is caused by a disruption in the HFE gene sequence, in the genome.

As a result, the carefully calibrated intake ratio for iron is disturbed and people affected by this condition absorb more amount of iron than necessary. Moreover, the body has no built-in mechanism for the disposal of iron. Once it is in, it keeps on getting deposited in the tissues of various organs like heart, liver, and pancreas.

The two known disruptions in the gene sequence of HFE are C282Y and H63D. Majority of people affected by the hereditary type of this disease have two identical copies of the C282Y genetic anomaly, each inherited from his or her mother and father. Many people carry a single copy of this anomaly in their genes. They themselves are not affected by it but are carriers.

The second type of this disease is not inherited but an acquired one. Anemic people, especially those affected with sickle cell, beta-thalassemia major, and diamond-blackfan type anemia are prone to it, as they require frequent blood transfusions. These frequent transfusions restore their RBC count and hemoglobin requirement but cause the problem of excess acquired iron content. This unfortunately, induces iron overload, again causing effects similar to the hereditary version.

The third type of this disease, prevalent among adolescents and infants, called juvenile and prenatal hemochromatosis, is the result of sequence disruption in another gene, named hemojuvelin. The ultimate effect of this iron deposition in various vital organs like heart, liver, and pancreas gives rise to problems in their functioning and eventually, failure. Elevated levels of iron may also occur due to chronic hepatitis C infection.

The method for diagnosing this disease is through blood test and analysis of iron levels. A chemical called transferrin is added to the blood sample to test the level of iron in a particular protein in the blood. Various other tests are performed to thoroughly check the dynamic iron levels in the body and check for the HFE anomaly. Testing of Ferretin and iron levels, blood glucose levels, and Alpha fetoprotein levels, may also be included. Echocardiogram and electrocardiogram (ECG) tests might also be conducted to monitor heart performance. A liver functioning test is also included.

Sometimes, biopsy of certain organs like the liver, may be needed. All these tests, in totality, can confirm the diagnosis. If you have a history of hemochromatosis in the family, it’s best that you get yourself checked as soon as possible. DNA testing for the C282Y/H63D gene mutation can confirm the hereditary origin of the disease.

If the symptoms are recognized and diagnosed early, the treatment is quite straightforward. Since this disease causes iron overload, its treatment includes reduction of iron levels in the body and treatment of damaged organs, if any. This is achieved by regular withdrawal of a small amount of blood at regular intervals, while testing the blood iron levels regularly. It is called phlebotomy and is quite similar to blood donation. Usually, in every week, about half a liter of blood is removed, for some months or even a year, depending upon the severity of the condition.

Once the raised levels of iron are brought to normal, a small amount of blood is withdrawn regularly, every 2 to 4 months. After that, regular blood testing for over a year is recommended. The frequency of phlebotomy in the future, is entirely dependent on the patient’s ferretin and hemoglobin levels, as well as dietary iron intake levels. The loss of libido and physical changes in the body due to loss of sexual desire can be reversed through testosterone therapy. Most patients need a lifelong follow-up.

For the patients who cannot undergo regular blood transfusion, iron chelation therapy is an option. It involves the removal of excess iron through the administration of medicines.

If the disease has gone undetected and has already caused major damage in the vital organs like heart, liver or pancreas, surgery may be necessary and in some cases, the damage may be irreversible and fatal. In many cases reduction in iron levels does help in rectifying the damage.

Arthritis, if caused, does not revert by reduction in iron levels and will require other treatment methods. People whose liver has been affected by hemochromatosis should avoid drinking alcohol, vitamins containing iron, raw seafood, and consumption of iron-rich or iron fortified foods. As vitamin C plays a large role in iron assimilation, curbing its intake, might also be recommended.

Disclaimer: This article is for reference purposes only. It is not meant to be a substitute for the advice of a certified medical practitioner.