Hereditary spherocytosis is an inherited condition, which is characterized by the production of sphere-shaped red blood cells. This condition can eventually cause anemia or a low count of red blood cells.

Hereditary spherocytosis is an inherited condition, which is characterized by the production of sphere-shaped red blood cells. This condition can eventually cause anemia or a low count of red blood cells. 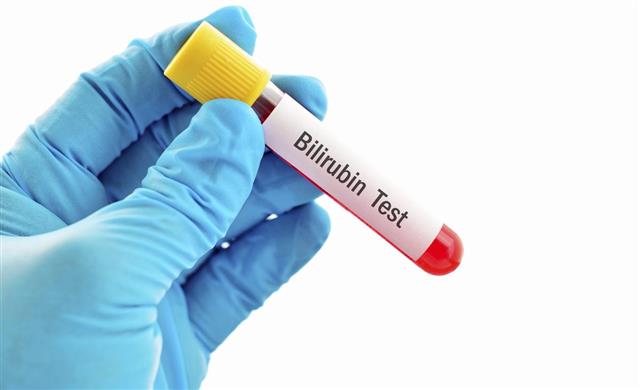 Spherocytosis is a condition characterized by the production of abnormal and sphere-shaped red blood cells (RBCs) with fragile cell walls. Such RBCs or erythrocytes can get easily damaged or destroyed, which can eventually cause anemia. Hereditary spherocytosis is spherocytosis that is congenital, or genetically transmitted. Usually, a defect in one or more proteins that maintain the usual bi-concave or disk shape of RBCs, is responsible for this condition.

The abnormal red blood cells fail to change their shape in order to easily pass through certain organs, especially the spleen. As a result, the cell membrane of an erythrocyte gets easily damaged while passing through the spleen. Eventually, such spherical RBCs get so damaged that they are broken down by the spleen in about 10 to 30 days, while the lifespan of a normal RBC is about 100 to 120 days. So, this condition can easily cause the destruction of a large number of erythrocytes, which can eventually cause hemolytic anemia.

This condition is caused by a defect in the gene associated with the production of the erythrocyte membrane proteins. Most of the time, it is an inherited condition. But sometimes, a spontaneous genetic mutation can also take place, which can lead to the production of abnormal or spherical RBCs. This condition is found to be more prevalent in Japanese people and people of Northern European descent.

The symptoms can vary to an extent, depending on the severity of the condition. The most common condition that develops due to this inherited disorder is anemia. Anemia can manifest in general weakness and increased fatigue.

A deficiency of the RBCs can also affect the supply of oxygen to the vital organs and tissues of the body. The destruction of RBCs by the spleen can also result in hyperbilirubinemia (an abnormally high level of the pigment bilirubin in the blood). Bilirubin is the pigment produced due to the breakdown of RBCs. Hyperbilirubinemia can cause increased fatigue and jaundice. The skin can also appear pale due to this condition.

If bilirubin accumulates in the gallbladder, it can eventually cause the formation of gallstones. Furthermore, it can lead to a life-threatening condition, called splenomegaly. Splenomegaly refers to an abnormal enlargement of the spleen, which can result from an increased breakdown of RBCs.

Several tests and examinations can be required for diagnosing this condition. Generally, a physical examination of the patient reveals an enlarged spleen. But for an accurate diagnosis, several other tests, such as a complete blood count test, a blood smear, the osmotic fragility test, and tests to determine the level of bilirubin are carried out. The ‘reticulocyte count’ is another test that can be employed for diagnosing this condition.

Usually, this condition is managed with folic acid supplements, and the surgical removal of the spleen. Though splenectomy (surgical removal of the spleen) cannot cure the condition, it can increase the lifespan of the RBCs. However, children below the age of 5 years are not eligible for splenectomy, and hence folic acid supplements are used for managing this condition.

Children are generally immunized against the pneumococcus and meningococcus bacteria prior to removing the spleen, as the risk of infections can increase with the surgery. A severe case of spherocytosis can however, require blood transfusion as well.

As it is an inherited condition, the children can be screened in advance for the disorder, if one or both the parents have this condition. This can help detect and treat hereditary spherocytosis on time. To control this disorder effectively, it is important to observe the signs and symptoms carefully. If the symptoms worsen or become more severe, then one should immediately inform his or her health care provider.