The Dark Yet Fascinating History of Tuberculosis

Tuberculosis, one of the world's most lethal diseases, is as old as the human civilization itself. Here is information on the origin and history of tuberculosis.

You are here: Home / General Health / The Dark Yet Fascinating History of Tuberculosis 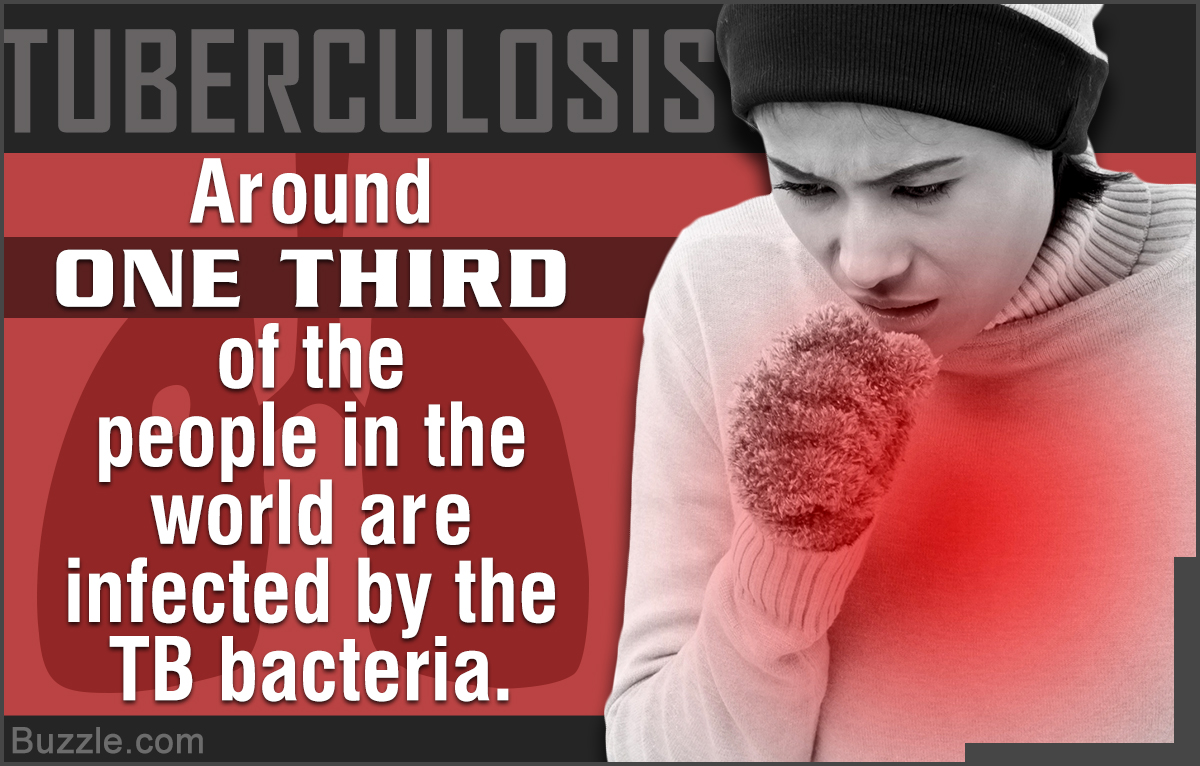 Tuberculosis, one of the world’s most lethal diseases, is as old as the human civilization itself. Here is information on the origin and history of tuberculosis. 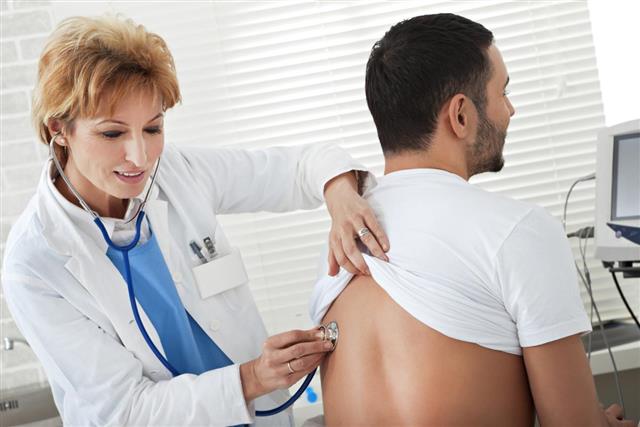 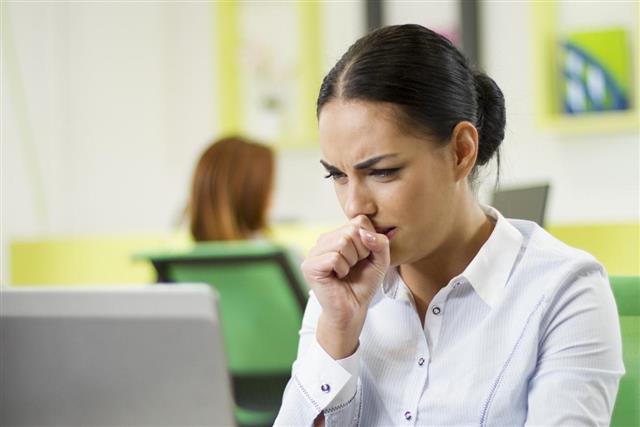 Tuberculosis (TB) is a chronic, infectious disease caused by bacteria known as Mycobacterium tuberculosis. It is a contagious and airborne disease. It predominantly affects the lungs; but, can also affect the central nervous system (CNS), circulatory system, joints, and bones. Frequently coughing up sputum or blood, chest pain, weight loss, fever, and shortness of breath are the significant symptoms of TB. The disease is commonly observed in poor, homeless people. Besides, people having a weak immune system, including HIV/AIDS patients, are at higher risk of suffering from this disease.

TB has been known by different names, since ancient times. The ancient disease called phthisis has references of symptoms similar to that of TB. Later, it was also known as ‘consumption’ because a person used to just ‘waste away’ after contracting the disease. A disease called white plague that occurred in Europe, in the 17th century, was actually tuberculosis. It was called so because loss of skin color was observed in patients. The name ‘tuberculosis’ was used, for the first time, in the 19th century. It is believed to have originated from the word ‘tubercle’, meaning a ‘protuberance, swelling or nodule’. In case of tuberculosis, such nodules are found in lungs or on bones.

First reference of a disease similar to TB in humans, dates back to ancient Egypt. Examinations of mummies and tomb paintings reveal that tuberculosis was present at that time (around 5000 BC). The ancient Egyptian paintings portray spinal TB, indicating the presence of the disease.

The reference of a disease called phthisis is found in ancient Greek literature by Hippocrates. Shakespeare also mentions ‘consumption’ in his play Much Ado About Nothing, and scrofula in Macbeth. ‘Consumption’ was the cause for the high mortality rate among people in the 17th century.

Sylvius, a Dutch physician and scientist, was the first to identify characteristic changes in lungs due to TB, in the 17th century. He has recorded the progress of the disease in his book Opera Medica. He also noticed that abscesses and cavities were caused due to ‘consumption’. In 1720, an English physician Benjamin Marten was the first to hypothesize that tuberculosis could be caused by micro-organisms. However, the exact cause of TB, was still unknown. The concept of sanitarium cure, where the patients were isolated and taken care of, was introduced for TB patients.

French physician Jean-Antoine Villemin proved that ‘consumption’ was contagious and could be passed from one person to the other. In Europe, it was also believed that TB was hereditary. Before this discovery, it was considered that the disease was caused due to ill-fate or poverty. Hence, the cases or death records were not publicized.

Sanatoriums were built to isolate patients suffering from TB and prevent its spread. It was believed that clean, fresh air helped in curing the disease naturally. The patients were made to stay in the sanatoriums for weeks or months, living an isolated life, away from their families.

In 1882, Robert Koch, a German physician, first isolated Mycobacterium tuberculosis, the bacteria causing TB. With this remarkable discovery, it became known that TB was caused by bacteria. He received a Nobel Prize for this discovery. Once the cause for TB was discovered, scientists started conducting experiments rapidly to discover a cure for it. In 1895, Wilhelm Konrad von Rontgen, discovered X-rays. Now, it was possible for physicians to observe the presence and progress of the disease.

French scientists Calmette and Guerin, in 1908, cultured bovine germs on a unique medium that was found to weaken TB germs. In 1919, they were successful in weakening the TB germs. They discovered that the weakened germs were incapable of causing TB, even in guinea pigs (they are most susceptible to TB). Later, they tried the vaccine on humans successfully. In 1921, the vaccine was named BCG (Bacille Calmette Guerin), after its two inventors. Even today, it is the most widely used vaccine. It is given to children soon after birth in order to prevent TB.

In the year 1944, streptomycin, the first antibiotic drug to cure TB was discovered by Selman Abraham Waksman, making a significant contribution to medicine. Waksman was a microbiologist and during his research, he found that Mycobacterium tuberculosis bacteria got destroyed in soil. On further research, Waksman discovered that certain microbes destroy the bacteria. He named these anti-bacterial substances as ‘antibiotics’. Among his many discovered antibiotics, streptomycin was found to be highly effective. Pathologists Feldman and Hinshaw tested streptomycin on guinea pigs and got a positive result. On testing them on humans, they found that the drug was non-toxic and highly effective against all types of TB. There was a rapid succession of discoveries of anti-tuberculosis drugs, after streptomycin. Isoniazid, pyrazinamide, rifampicin, ethambutol, are the anti-tuberculosis drugs used today.

With the invention of vaccines, anti-tuberculosis drugs, improved sanitation and nutrition, mortality rate due to tuberculosis reduced to a great extent. Today, TB can be cured completely. However, there is still ignorance among people about the seriousness of the disease. Therefore, it is still one of the major causes of deaths due to infectious diseases in the world. WHO, as well as numerous other organizations, are working to create awareness about tuberculosis and to decrease the mortality rate in patients of TB. 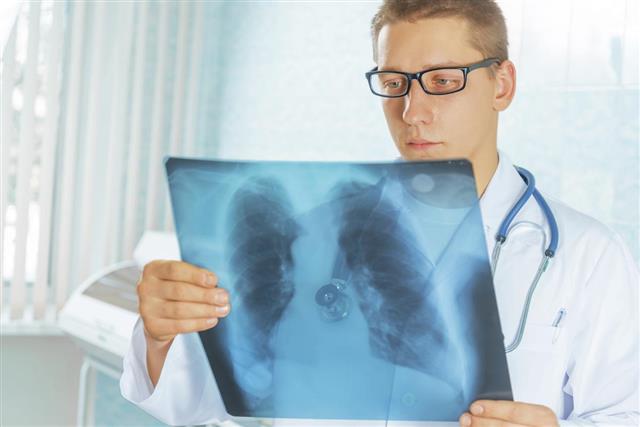