Though, lap band surgery is advantageous as compared to any other weight loss surgery, there are certain complications and some cases of failure. This article provides some information on the same.

You are here: Home / General Health / Complications and Failure of Lap Band Surgery 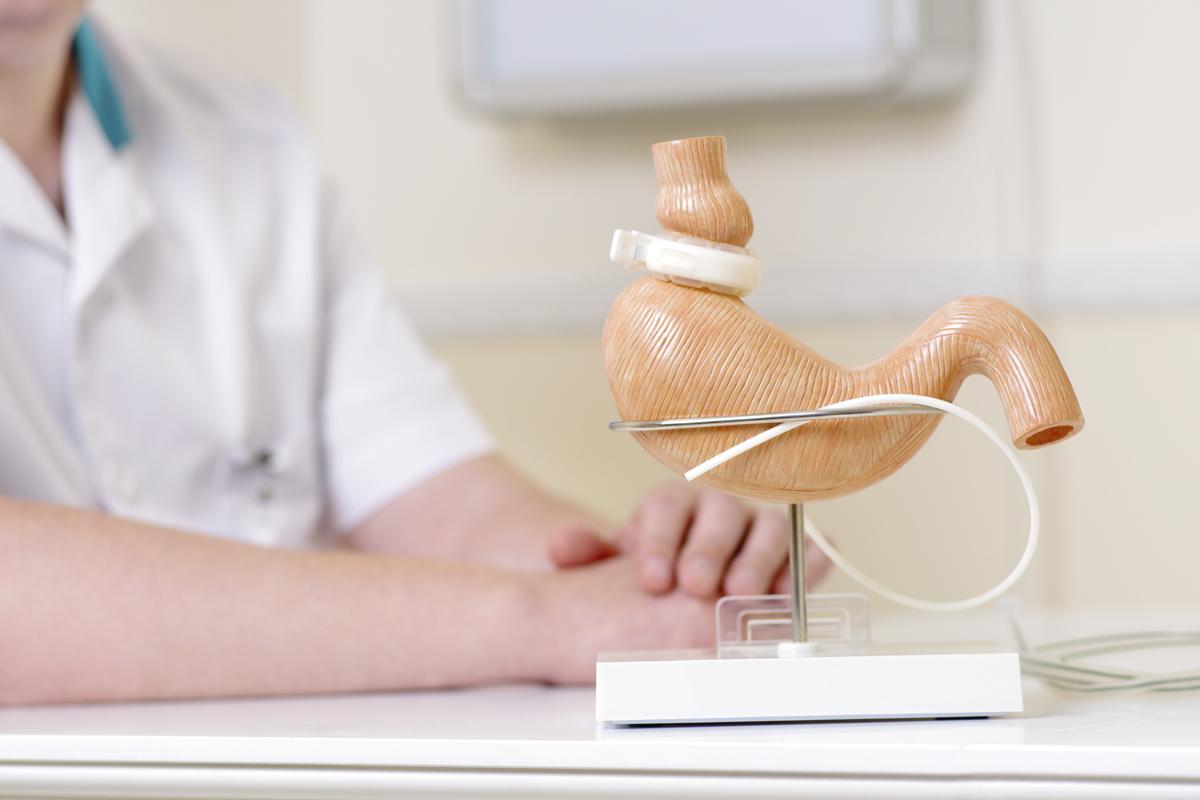 Though, lap band surgery is advantageous as compared to any other weight loss surgery, there are certain complications and some cases of failure. This article provides some information on the same.

Everyone is aware about the fact that a proper diet and regular exercise helps one to lose weight. However, it is not the same for everyone; those people who are affected by chronic obesity do not lose weight easily. In case of such people, where excess weight poses a serious health risk, bariatric surgery or weight loss surgery is a solution. Bariatric surgery has a success rate of more than 80 percent.

This is a popular technique of bariatric weight loss surgery, which involves restrictive procedure. A small pouch (about 15cc) with a narrow passage or stoma (¼ inch) is created at the top portion of the stomach, where the food enters from the esophagus. In this way, the functional capacity of the stomach is reduced.

Prior to the procedure, blood tests, gastroscopy, and imaging studies are conducted to check the safety of the procedure. In the operation, four to five tiny incisions (1 cm) are made in the abdomen and a gastric band is placed around the upper part of the stomach. Thus, a pouch is created.

This surgery helps to lose weight in two ways. Initially, the pouch holds about 1 ounce of food, later it expands and can hold about 2-3 ounces of food. Since the pouch is very small, a person feels satiated after a small serving. Secondly, the stoma empties the food slowly and hence, the person feels full for a longer period.

Lap band surgery has certain advantages over other techniques of bariatric surgery. A major advantage is the calibrated stoma and pouch size, which can be adjusted, according to the person’s needs. There is no cutting, stapling, or bypassing in the stomach, thus reducing the chances of leakage. In case, an individual faces any sort of problems after the procedure, laparoscopic removal of the gastric band can be done. This procedure is minimally invasive and hence, the affected person can be discharged two days after the procedure.

What are the Complications?

Similar to other weight loss surgeries, bleeding and infection are commonly observed after the surgery. In addition to these, there are certain risks too. Gastric perforation is a major complication, which occurs in one percent of the cases. It is caused due to a tear in the wall of the stomach during the procedure. Another problem is slippage of band, in which the stomach goes over the band. This can cause heartburn, nausea, and vomiting. In rare cases, the band may erode inside the stomach.

Alteration in the size of pouch is a common side-effect of lap band surgery. The pouch may enlarge due to stretching of its wall. Other complications include deflation of band causing leakage, difficulty in swallowing, blockage of the stoma, dehydration, gastritis, constipation, ulceration, and other digestive problems

In addition to these complications, there are chances that the surgery may fail. In case, the surgeon undertaking the surgery is inexperienced, there is a high chance of failure. To reduce the risk of complications, it is always recommended to undergo the procedure under a qualified surgeon. Another reason of failure is opting an inappropriate diet plan after the procedure. Post surgery, the affected person has to follow a strict diet and especially avoid tea, coffee, and alcoholic beverages. Furthermore, the affected person should abstain from chips, sweets, and baked foods.

Before opting for this surgery, one needs to understand the procedure and analyze the pros and cons of the same. After the procedure, one needs to exercise regularly and follow a proper diet plan, as directed by a qualified nutritionist. In case of any complications, it is advisable to consult the concerned physician to avoid any further health problems.