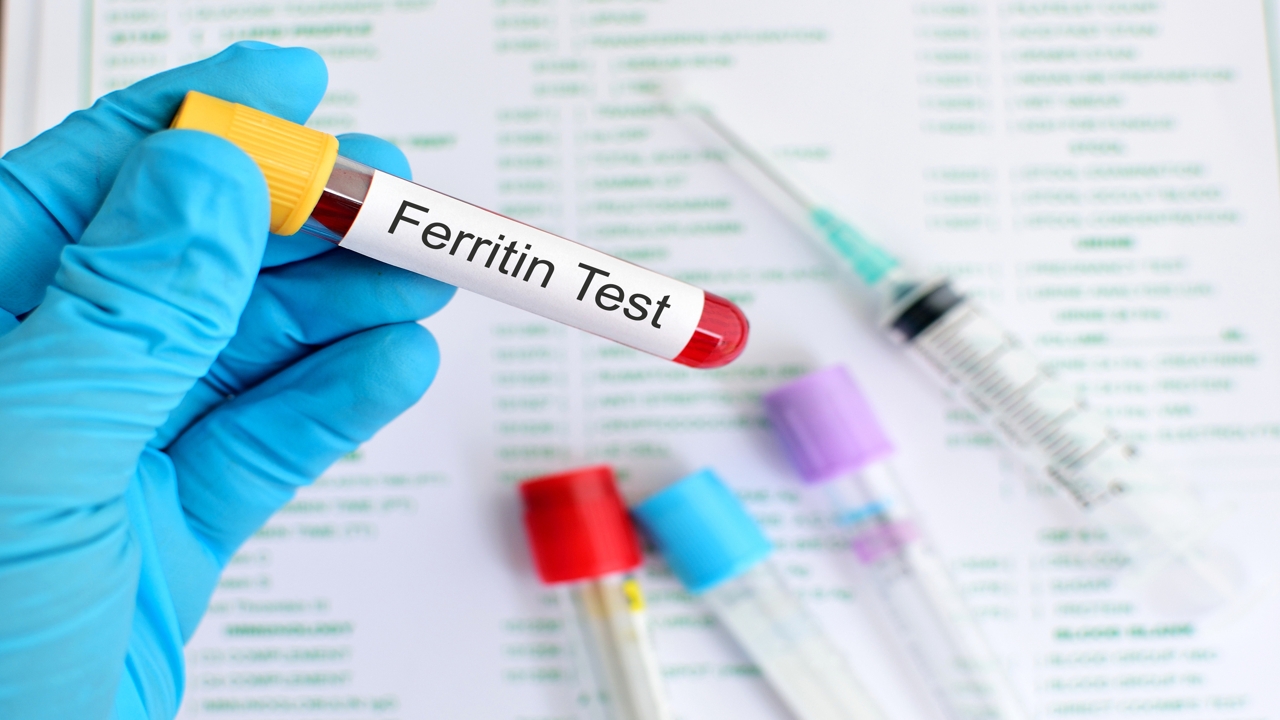 Ferritin is a kind of protein present in body cells. It helps store iron in an appropriate and safe form. It is possible to have low ferritin levels in spite of having normal iron serum levels. Iron plays an important role in transportation of oxygen to the cells but high levels of iron in blood can prove to be toxic. Therefore, the body stores extra iron in a safer form, ferritin. Majority of people know about the mineral iron; but they don’t know what is ferritin.

The statistics released by WHO are really shocking. It is estimated that nearly 80% of the world’s population is anemic. Lack of balanced diet is one of the main reasons of iron deficiency. People need to include more ‘high iron foods’ in their diet. Animal food contains heme iron which is easy to digest while food obtained from plants contains nonheme iron which is hard to digest. Rice and other grains, legumes are good examples of iron rich foods. But phytic acid present in these foods reduces the iron absorption by as much as 50%. Vegetarianism is one of the main causes of low levels of ferritin in the body. The levels do not drop suddenly, they drop gradually.

A healthy body is capable of absorbing 10 – 15% of iron consumed. Stomach problems, especially gastrointestinal disorders which cause stomach inflammation may affect iron absorbing capacity of the body. Crohn’s disease or Celiac disease is one of the major causes of depleted ferritin levels as these diseases lead to malabsorption of iron.

Vitamin C promotes absorption of iron in the body. Pregnant and breastfeeding women, athletes (for example, distance runners and cyclists who require more oxygen), smokers, burn victims, those diagnosed with anemia or those who have recently undergone a surgery or chemotherapy should include more vitamin C (more than the recommended dietary allowance) in their diet. Without sufficient vitamin C in their diet, they may have to suffer from low iron. The ferritin levels may drop and may lead to health problems.

Alcohol abuse, long-term digestive tract bleeding (blood loss due to ulcers), under active thyroid or hypothyroidism, gastric bleeding due to excessive consumption of drugs like aspirin, steroids or non steroidal anti-inflammatory medication, various types of infections, heavy menstrual bleeding (especially in premenopausal women), intravascular hemolysis (premature breakdown of red blood cells), inflammatory bowel disease, liver diseases like hepatitis or serious conditions such as cancer of the esophagus, stomach or colon can lower the amount of ferritin in the body.

Causes of insufficient ferritin in children include iron deficiency anemia, diet lacking in iron, infections, thalassemia, vitamin B12 deficiency (due to strictly vegetarian diet), lead poisoning, cancer or other chronic diseases. Breastfeeding women should consult a pediatrician for how to supplement breast milk. Use of a low iron formula may lower the levels of ferritin. Most commonly, by drinking too much milk, babies develop ferritin deficiency symptoms like pale skin, weakness and increased irritability. Regular cow’s milk is not an iron rich complete food. In fact, it can affect the iron absorption capacity of the intestines and the child’s body may not be able to absorb iron from other sources. It is also noticed that excessive milk can cause your child to lose small amounts of blood through stool. Low ferritin is the main cause of anemia which may result in behavioral and learning problems, lack of concentration and other health problems.

A ferritin test is ordered to check iron levels in the body. In case of scarcity of iron, the body won’t be able to produce hemoglobin, the main component of red blood cells which helps them carry oxygen to cells/organs. Adults may experience fatigue, increased irritability, frequent headache, dizziness, brittle nails, pale skin, tired eyes, low sex drive, rapid heart rate, and shortness of breath as the symptoms of low ferritin. Including iron rich foods in diet can help raise ferritin levels. Chicken liver, lentils, kidney, lima and navy beans, beef chuck, dark meat turkey, light meat turkey and chicken legs, iron fortified cereals, eggs, green leafy vegetables like spinach, collard greens, kale; wheat germ, whole grain breads and cereals, raisins, and molasses are some examples of high iron foods. But you need to have patience, as ferritin levels won’t be improved instantly. I hope this article brings to your notice that most of the low ferritin causes can be eliminated by planning your diet carefully and by improving your eating habits.