Mercury poisoning is caused due to over exposure to mercury in some form. It may result into many unrelated diseases. Let us have a look at symptoms of mercury poisoning. 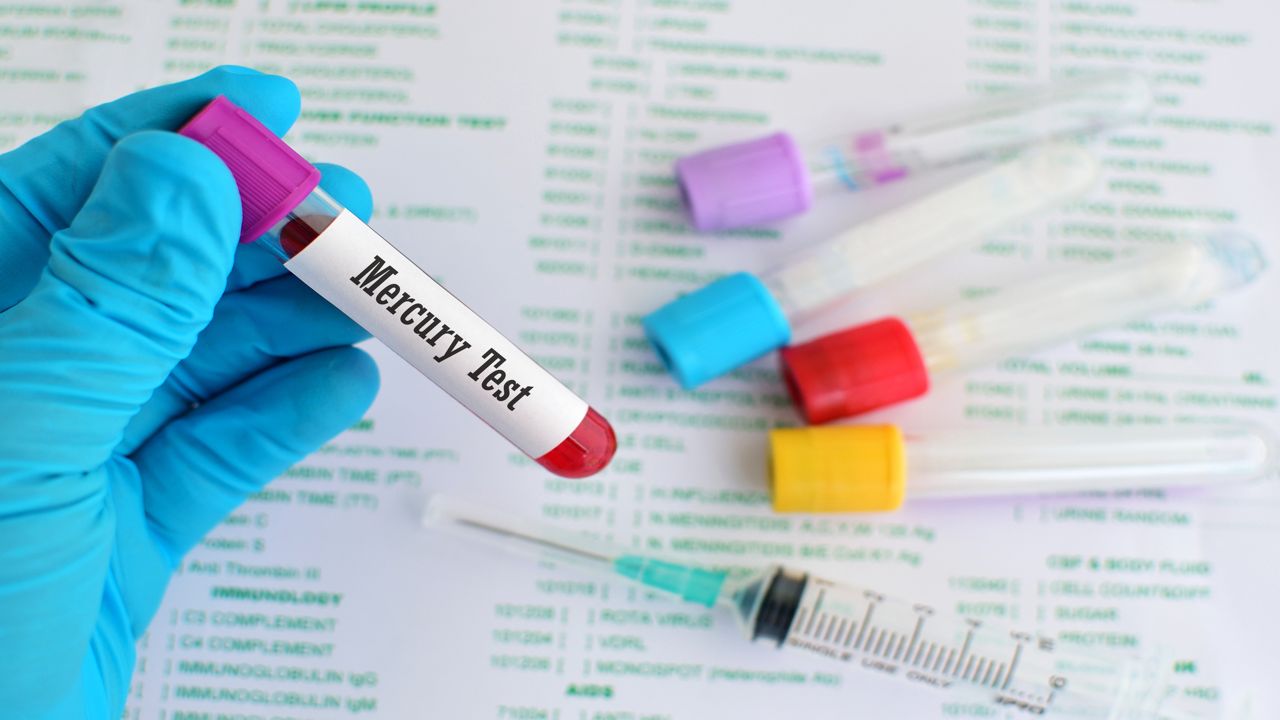 Mercury poisoning is caused due to over exposure to mercury in some form. It may result into many unrelated diseases. Let us have a look at symptoms of mercury poisoning.

Mercury is a natural and very poisonous substance which is odorless, colorless and tasteless. Its chemical symbol is Hg. The most commonly found and used compound of mercury is mercuric sulfide (HgS). It is a refined form of cinnabar, and has numerous applications. It is used in paint, batteries and many other industrial and household items. The most well-known use of HgS is in thermometer. It also constitutes for about 50% of the total contents of amalgam dental fillings.

Owing to the large applications of mercury, the chances of exposure to it are also very high. Overexposure to mercury results in a condition named mercury poisoning. The symptoms of this condition are systemic. This means that it does not just affect one part of the body, but it affects every system in the body. In addition to this, mercury poisoning inhibits the function of immune system and therefore the patient will have other diseases as well.

Mercury can affect almost all the parts of your body. It is one of the most toxic and dangerous metal which can cause many diseases. Numerous variable symptoms may delay the treatment, because in the absence of peculiar symptoms, both doctor and patient attempt to cure other possible diseases. Hence, it is a must that you identify certain symptoms that are associated with mercury poisoning especially when you suspect any type of mercury exposure. Following are some of the symptoms which may be observed in case of mercury poisoning.

One must note that mercury poisoning cannot be the only cause of every disorder mentioned above. However, it can certainly lead to some of the above conditions. If you suspect that you were exposed to any form of mercury, then contact a doctor immediately. Early medical intervention will help to control the toxic effect of mercury poisoning. You can contact your local poison control center and ask for their assistance.

Mercury poisoning is the result of too much exposure to mercury. It can be caused by any method which includes mercury for treatment. Amalgam dental fillings is one of the main causes of this condition. Mercury poisoning from fillings may take some time before possible symptoms appear. Other causes are eating fish that have been exposed to mercury in the environment. Industrial and workplace exposure such as in a paint industry or hospital poses a potential threat of mercury poisoning. Even breakage of thermometer at home can cause serious mercury poisoning. The mercury vapors that linger in air can be particularly hazardous.

Exposure to mercury may even occur through cosmetics. There have been several cases of mercury poisoning in the South-West states by a company that sold a beauty cream with calomel  listed as an ingredient. Calomel  is mercurous chloride (HgCl2). This product had mercury levels around 10%. In Germany, there were cases of mercury poisoning through the use of over the counter hair bleaching products that had no warning label concerning the contents. The results were loss of hair and discolored fingernails.

Considering the severity of mercury poisoning, it is a must that you prevent any hazards of mercury exposure. Warn your family about the potential dangers of mercury in household items. Most importantly, guard your kids against accidental mercury exposure. Keep them away from the reach of mercury containing items like thermometers, medical devices, some disinfectants, fluorescent light bulbs, etc. Read the labels before buying any product and look for any mercury warning sign.