Psoriasis is a chronic skin disease characterized by red patches on the skin. There are various treatment options for this disease, ranging from topical creams to oral medication. This article focuses on the methotrexate treatment for psoriasis.

You are here: Home / General Health / Methotrexate Therapy for Psoriasis

Psoriasis is a chronic skin disease characterized by red patches on the skin. There are various treatment options for this disease, ranging from topical creams to oral medication. This article focuses on the methotrexate treatment for psoriasis.

Psoriasis is an autoimmune disease of the skin that mostly affects the nails, joints, scalp, elbows and genitals. The affected skin portion is called psoriatic plaque, which is characterized by excessive production of skin cells, resulting in red, dry patches. Though plaque can occur in any part of the body, it is more common in the elbows and knees. Psoriasis can also affect the fingernails and toenails, which is a condition referred to as psoriatic nail dystrophy. Likewise, psoriasis in the joints is known as psoriatic arthritis. As per statistics, about 10 – 15 percent of psoriasis occur as psoriatic arthritis. Overall, it is estimated that about 2 percent of the world’s population suffer from psoriasis.

The actual cause of psoriasis is not known till date. Medical researchers are of the opinion that both genetic and environmental factors are responsible for the development of psoriasis. An individual with a predisposition to this chronic ailment develops the condition after exposure to stress, excess alcohol and cigarette smoke. Psoriasis and its type are diagnosed based on the skin appearance, affected area and skin biopsy.

The symptoms of psoriasis are recurrent and may vary from mild to severe conditions. In mild cases, the skin appears faint reddish, whereas in severe cases, a thick scaly plaque may cover the whole body. The symptoms may be accompanied with a burning sensation, severe itching and soreness of the skin. The skin may appear cracked and dry that may cause it to bleed. In some patients, the symptoms worsen during winter. Let’s discuss in brief how methotrexate therapy is used to treat psoriasis.

Treatment of psoriasis is decided based on the responses of the patient towards a particular therapy. It also depends upon the affected portion and the extent of severity. After correct diagnosis, the physician may analyze whether the symptoms are manageable with topical ointments or not. If there is no improvement after application of creams and ointments, the patient may be treated with phototherapy and photochemotherapy. Phototherapy refers to treatment of the condition by exposure to light, whereas medication along with phototherapy are practiced in case of photochemotherapy.

If the symptoms remain unchanged after topical treatment and phototherapy, the physician may prescribe potentially toxic medication, which is referred to as systemic treatment. Systemic medication are available as oral pills or administered via injections. Methotrexate therapy is a popular type of systemic treatment, which involves administration of methotrexate pills, an immunosuppressant of folic acid analog. It reduces the responses of the body’s immune system and lowers the production of skin cells, thereby decreasing the chances of inflammation and skin thickening. The methotrexate treatment is also effective in slowing down the progression of psoriatic arthritis.

It is to be noted that this therapy has many potential side effects and risks, which may lead to certain other health complications. The side effects are not significant if the therapy involves administration of pills in lower doses. In case of higher doses, it may result in loss of appetite and stomach pain. As this drug targets the immune system, the body’s natural healing mechanism is disturbed. After prolonged treatment with methotrexate, the body may become more susceptible to infections or infectious diseases. Other side effects of this immunosuppressant drug include a weakened immune system, high blood pressure, abnormal blood glucose level, stomach ulcer and damage of kidney and liver cells.

In order to avoid the long-term health effects of this therapy, physicians usually prescribe rotational therapy. Over here, methotrexate drug is replaced by a less toxic medication after a specific duration (6 months or 12 months). This way, damage to other body parts is reduced. Considering the potential effects, self-administration of this drug is strictly not recommended. Also, it is always advisable to consult a physician about the pros and cons of methotrexate drugs before actually adopting this therapy. 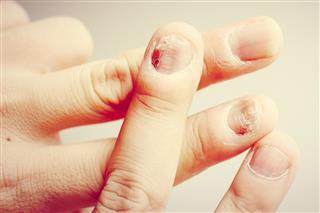 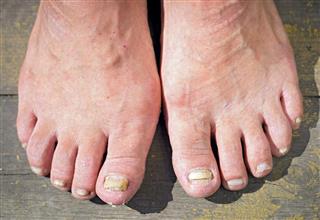