7 Main Causes of Morning Fatigue to Look Out For

Morning fatigue is generally an indication of lack of proper sleep. However, morning fatigue causes are not restricted to sleep problems.

You are here: Home / General Health / 7 Main Causes of Morning Fatigue to Look Out For 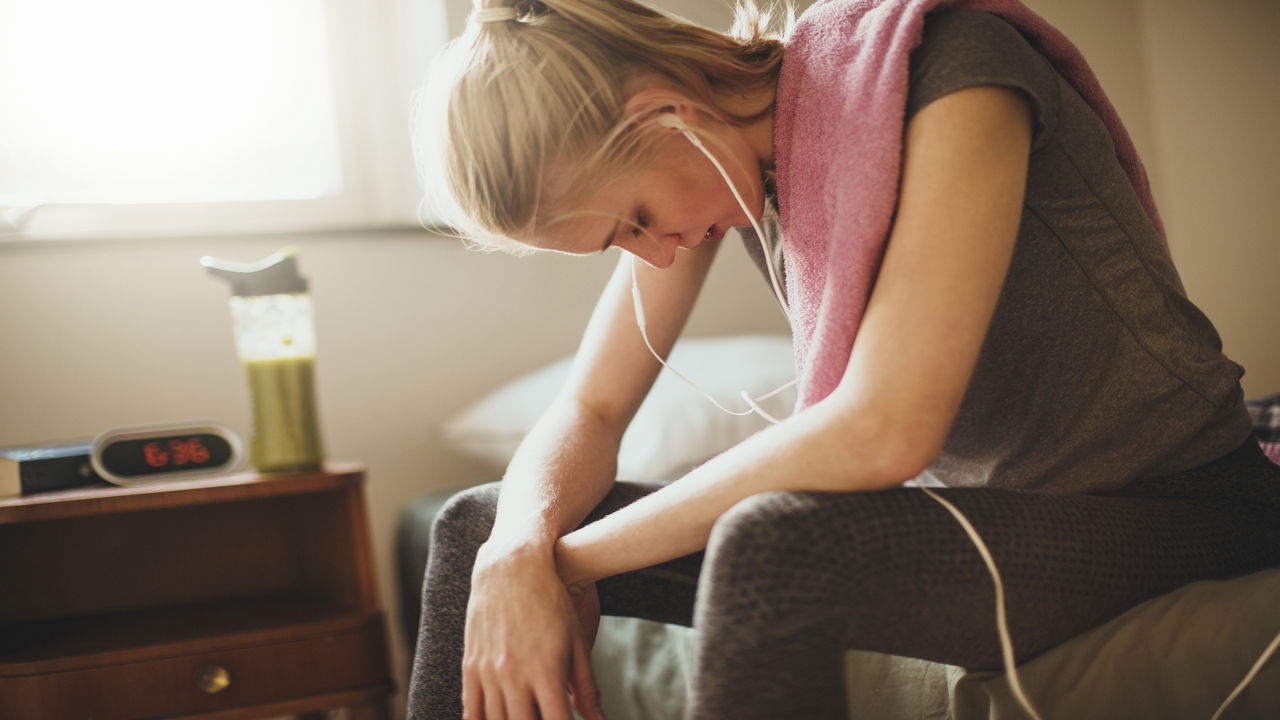 Morning fatigue is generally an indication of lack of proper sleep. However, morning fatigue causes are not restricted to sleep problems.

Feeling tired in the morning? Well, it could be a symptom of morning fatigue. As we all know, fatigue is described as substantial decrease in energy levels, which is commonly experienced after a hard day’s work. This is how the body reacts when one performs a physical activity for a long period of time, without taking rest. However, experiencing fatigue after getting out of bed in the morning, sounds abnormal. This feeling of loss of strength when the sun rises is referred to as morning fatigue.

Pregnancy disturbs normal hormonal balance in the body, which may lead to morning sickness and fatigue. Other causes of extreme morning fatigue are given below:

Poor quality of sleep or inadequate sleep are the main culprits behind morning fatigue. In today’s hectic lifestyle, it is observed that people sleep late at night and get up early to complete the morning chores and reach the office on time. However, this lack of sufficient sleep can take a toll on the health and the first thing a person experiences is fatigue, loss of energy. The person may even find it difficult to move out of the bed and face a hard time completing the day-to-day routine. Today, sleep disorders such as insomnia that result in sleep deprivation, have become a common phenomenon. This can manifest in the form of morning fatigue, poor health and decreased level of alertness.

Diet devoid of essential nutrients like minerals and vitamins can also cause morning fatigue. Feeding the body with essential nutrients is one of the pre-requisites to maintain energy levels throughout the day. Poor nutrition will eventually bring a feeling of lack of energy in the morning.

Binging on alcohol at night and you are sure to wake up in the morning with a hangover. A person showing undesirable effects of consuming too much alcohol that manifest in the morning is said to be suffering from a hangover. A hangover can drive you nuts as it causes terrible headache, muscle aches, dizziness and fatigue. So, the habit of having alcohol regularly at night can leave you in a terrible state of mind in the morning, let alone fatigue.

In Addison’s disease, the adrenal glands found above the kidneys do not work properly, resulting in inadequate production of certain hormones. The adrenal glands release over 40 hormones, each of which carry specific tasks necessary for a healthy living. For instance, the cortisol hormone produced by the adrenal glands help us to effectively deal with stress. The aldosterone hormone helps in maintaining electrolytic balance. Adrenal hormones are also involved in energy synthesis by converting fats and carbohydrates into sugar that acts as body fuel. So, with the onset of adrenal dysfunction, a host of health issues creep in, the most common being morning fatigue. People with Addison’s disease feel extremely tired in the morning due to flagging energy levels. They find it difficult to move out of bed, hence often get up only after 11 A.M.

Waking up after a good refreshing sleep, yet experiencing fatigue along with muscle pain and stiffness is an indication of fibromyalgia. Fibromyalgia patients face a hard time waking up as they feel exhausted and on top of that persistent body ache keeps bothering the whole day. People diagnosed with fibromyalgia often complain about muscle aches all over the body and fatigue after rising in the morning.

It may happen that even after having a good night’s sleep of 7-8 hours, one may feel tired in the morning. This has been attributed to malfunctioning of the thyroid gland. The thyroid gland located in front part of the neck does an important job of producing two hormones. The production of these hormones is essential to regulate normal metabolic rate.

A thyroid condition referred to as hypothyroidism can contribute to morning fatigue. In this condition, the thyroid gland is unable to produce sufficient quantity of hormones, necessary to control metabolic rate. Hypothyroidism that affect millions all over the world, can bring morning fatigue. People suffering from thyroid disease, initially do not experience fatigue after getting up in the morning, but once they start doing their daily routine, sudden onset of fatigue is bound to occur. In such a condition, morning workout seems to be a distant possibility. A significant energy loss is felt, as the person continues doing his daily tasks. Eventually, the person is left with no choice but to take rest.

In this condition, the number of red blood cells (RBCs) in the body are far less than required. RBCs contain hemoglobin which does an important job of transporting oxygen to different parts of the body. Less RBC count than normal, can cause a wide range of side effects that include morning fatigue, chest pain and is accompanied by difficulty in breathing.

People suffering from pre-existing disorders like arthritis, liver problems or diabetes, often complain about decreased energy levels in the morning. Doctors are of the opinion that these health conditions are actually responsible for rapid development of fatigue in the morning.

Correctly identifying the reason of morning fatigue, holds the key to get rid of this tired feeling and to stay active throughout the day. In case of under active thyroid gland, the doctor may prescribe medicines to restore normal functioning of the thyroid, thereby allowing the body to produce the hormone in the normal range. Managing the underlying conditions such as diabetes or arthritis by following a recommended diet and an exercise routine, will help to minimize episodes of morning fatigue.