Malignant growth of plasma cells from the bone marrow is known as myeloma cancer. This article provides information on the life expectancy of the patients diagnosed with myeloma and the factors that influence the life expectancy. Read on....

Malignant growth of plasma cells from the bone marrow is known as myeloma cancer. This article provides information on the life expectancy of the patients diagnosed with myeloma and the factors that influence the life expectancy. Read on…. 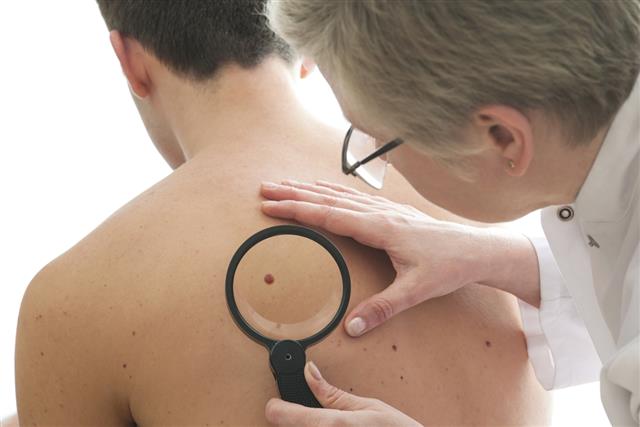 Myeloma is one of the most common forms of hematological malignancies. As you know, both red and white cells are present in the blood. White blood cells fight infection by generating antibodies. Plasma cells (type of white blood cells) are located in the soft central parts of bones. Plasma cell tumors are usually noticed in the hip bones, spine, ribs and skull. As plasma cells become cancerous and multiply abnormally; the body generates large number of antibodies to fight the situation. Abnormal growth of plasma cells seriously affects the production of platelets and red and white blood cells, leaving the patients anemic.

Myeloma thus affects the immune system significantly. Patients often suffer from infections and they may notice abnormal bleeding too. Accumulation of large number of antibodies in the kidneys can cause kidney failure. According to the statistics made available by ‘United States Cancer Statistics’ and ‘Leukemia and Lymphoma Society’, the average age at which myeloma is diagnosed is 70 years (for African-Americans, it is 66).

It has been estimated that currently, more than 69,000 people in the United States are living with, or are in remission from myeloma. The disease is also known as ‘multiple myeloma’ because the tumors are found at multiple areas in the bones. Myeloma cancer life expectancy is estimated after studying various groups of people, according to age, race, sex, stage at which the cancer is detected, how long the patient had the symptoms, etc. One should not use these statistics to predict the life expectancy of a patient. These statistics are to be used as guidelines.

Myeloma causes include family history (genetic disposition, race), age, gender, etc. Chances of developing this type of cancer increase with age. Similarly, men are more likely to suffer from this cancer than women. Certain disorders like MGUS (Monoclonal Gammopathy of Undetermined Significance) can lead to development of the cancer. Some study reports suggest that those who are in agricultural occupations, or those who work in the petroleum, leather and cosmetic industries are more susceptible to this cancer. Overweight or obese people are also at increased risk of developing the disease.

The exact cause of this cancer is yet not known. A blood test, MRI scan, X-ray, urine test, bone marrow sample test (biopsy) can help detect the cancer. As multiple myeloma worsens over time, managing the condition with the help of healthy diet and prompt treatment is very important. Myeloma cancer treatment involves bone marrow transplantation, chemotherapy, antibiotics to control infections, kidney problems and anemia, radiation therapy and transfusions to prevent systemic anemia. Prompt and proper treatment can definitely increase the life expectancy of the patient.

Life expectancy of myeloma patients depends mainly upon the age, race, sex, overall health, the stage (how far the cancer has spread when the cancer is diagnosed), how long the patient has had the symptoms, type of treatment received and how strong the patient is to withstand the treatment. No need to say that a physically and mentally strong patient can have a much extended life expectancy.

Myeloma cancer survival rates are calculated for different purposes by different methods. Various stages of multiple myeloma are decided by the values of serum albumin and serum beta-2 microglobulin in the blood. These levels indicate the degree of proliferation achieved by the cancer cells. The life expectancy for myeloma cancer varies according to the stage of the cancer.

During the first stage of this cancer, patients may have albumin levels greater than or equal to 3.5, but beta-2 globulin levels can be less than 3.5. The median life expectancy for these patients is 62 months after diagnosis, which is the highest.

During the second stage of this cancer, patients may have beta-2 globulin levels between 3.5 and 5.5. The median life expectancy for these patients is 44 months after diagnosis.

During the third stage of the cancer, patients may have beta-2 microglobulin levels greater than or equal to 5.5. The median life expectancy for these patients is 29 months after diagnosis, which is the lowest.

It is safe to conclude that the life expectancy of a patient diagnosed with myeloma mainly depends upon how the cancer responds to stem cell transplants, chemotherapy, thalidomide medications and steroids. Regular medical checkups help detect the cancer at an early stage. Early detection and prompt treatment help increase the life expectancy of cancer patients. Thanks to the researchers and modern technology that the overall five-year survival rate for people (for all races and ethnicity) diagnosed with myeloma has shown a significant improvement over last few decades.