A diseases refers to any condition that causes disruption of the normal functioning of the body. Some diseases are newly developed due to various technological advancements, whereas, there exist a few others which have plagued mankind since ancient times, and continue to do so even today. This post provides a list of all such diseases. 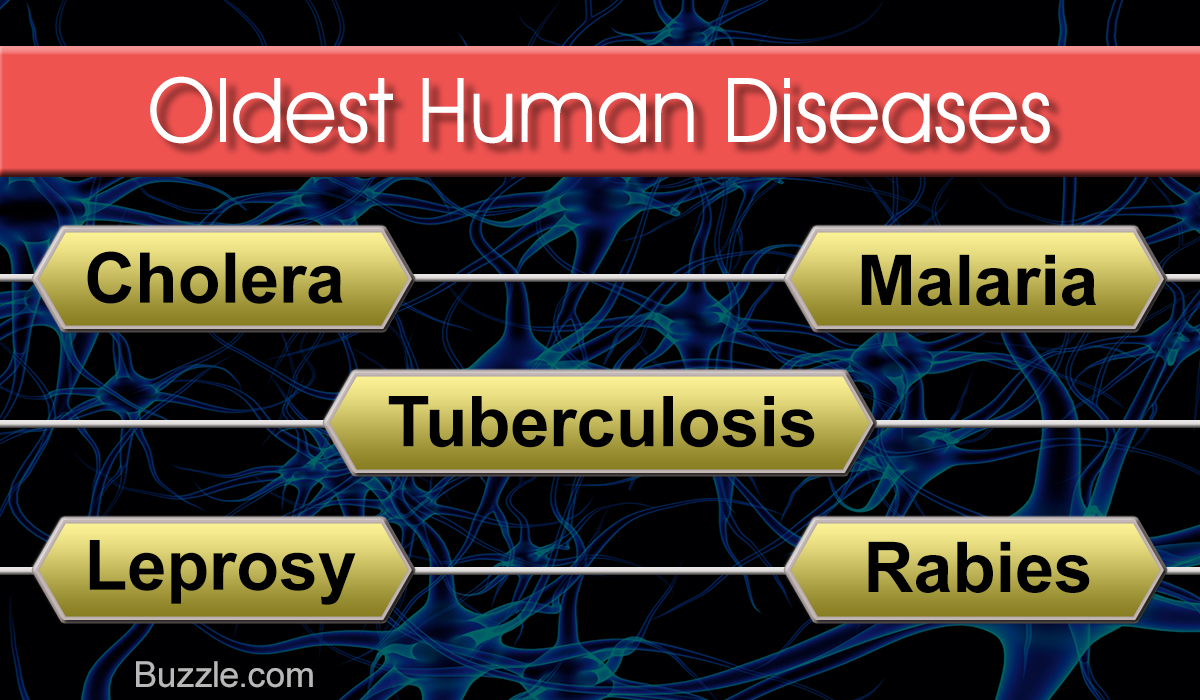 A diseases refers to any condition that causes disruption of the normal functioning of the body. Some diseases are newly developed due to various technological advancements, whereas, there exist a few others which have plagued mankind since ancient times, and continue to do so even today. This post provides a list of all such diseases.

Apart from humans, armadillos are the only animals to show incidences of leprosy.

As a species, humans suffer from a very vast range of health problems that affect the normal functioning of the organs and organ systems. Depending on the causation and effect produced, these problems are called by different terms. An ‘illness’ is the experience of discomfort by the affected individual, in the presence or absence of any problem. It can include lethargy, depression, insomnia, drowsiness, attention deficit, etc. A ‘disease’ is a general term used to refer to a state where normal body functions are affected or altered. A ‘disorder’ refers to a functional disturbance or anomaly in the affected person. It is the combination of biological, social, and psychological effects of the causative agent. It can be further classified into mental, behavioral, physical, and genetic disorders. Finally, a ‘syndrome’ is a cumulative condition that is associated with multiple signs, symptoms, and physical effects. Examples of syndromes include Down syndrome, Roberts syndrome, etc.

While many of these conditions have originated recently due to the drastically changed lifestyle of human beings, there are a few which have been consistently affecting our race since ancient times. Earlier, these conditions were dismissed as being the effect of bad deeds, or the sign of demonic possession. However, advancement in science has made it clear that these disease are clearly due to the infection of the host (human) by a pathogen. While most diseases have been eradicated or curbed by medical interventions, a few continue to affect humans, since they have also adapted and evolved over the course of time in the same way as we have. This adaptability has made it difficult to develop a vaccine or cure against them, but not impossible. If the agent is detected at an early stage, modern medicine is able to cure most diseases. Nevertheless, here are the oldest diseases known to have affected mankind. This list is in no particular order. 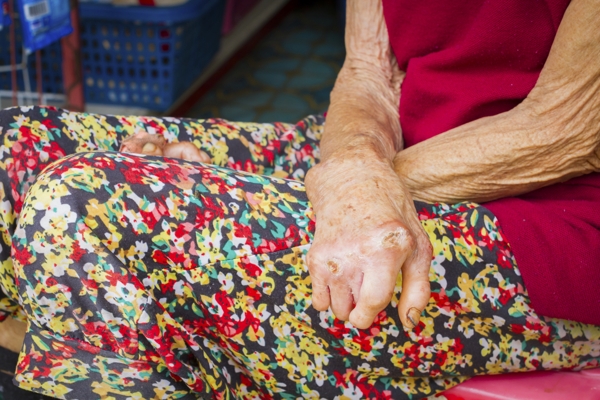 This condition has been prevalent in human population for thousands of years. The earliest archaeological evidence of this disease is a 4,000-year-old skeleton found in India. The earliest record of this condition was found in the writings of Egyptian physicians, dating back to around 1550 BC. People suffering from this disease were often shunned by society, and shipped off to live in colonies inhabited by similarly affected individuals, where they would eventually die. Such colonies were called ‘leper colonies’. Often, people affected with syphilis or psoriasis were misdiagnosed as being affected by leprosy.

This disease is a granulomatous condition of the peripheral nerves and mucosa of the upper respiratory tract. It is accompanied by light and dark skin lesions. If untreated, the affected individuals can experience permanent damage to the skin, nerves, limbs , and even the eyes. Further complications arise due to secondary infections, which result in the loss of sensation in tissues, and even a tissue loss in the extremities of limbs, leading to the fingers and toes to become short and deformed. M. leprae and M. lepromatosis are the causative agents of this disease. However, the exact pathophysiology is yet unknown, but the condition is treatable if detected early. 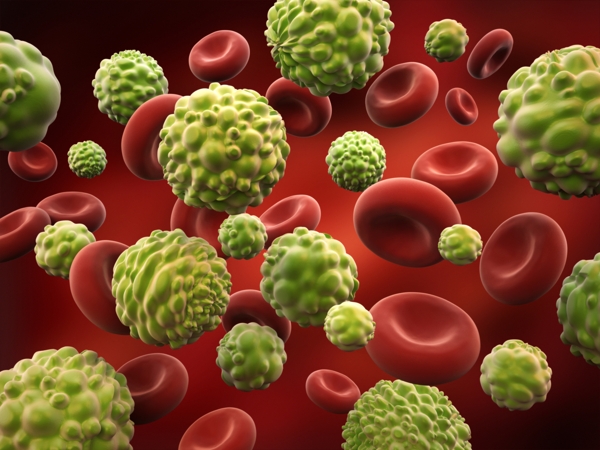 It has manifested itself throughout various populations across history. The earliest evidence of its prevalence can be found in ancient Egypt, where fossilized mummies show the presence of a wide range of cancers. Also, medical texts dating back to 3000 BC describe diseases that are now identified as cancer. Incidences of this disease were thought to be due to excessive bile in the body, and any visible tumors were removed via cauterization.

As we now know, cancer has multiple causes, ranging from genetic mutations to environmental and lifestyle factors, but it is not an infectious disease. Cancer causes the uncontrollable growth of tissue cells, which in turn leads to tumors that disrupt physiological functions. This condition is currently treated with chemotherapy and radiation, but there is no definite cure available. 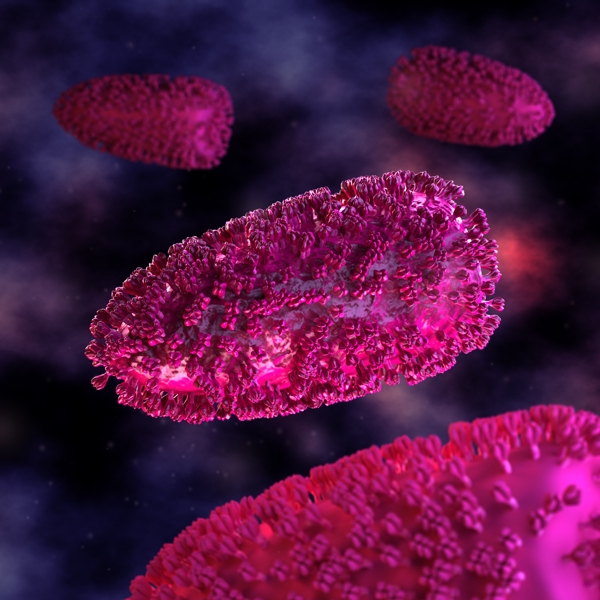 This has been prevalent since 2000 BC, and its first mention is seen in the Mesopotamian Codex of Eshnunna (1930 BC). In ancient times, if one were bitten by a rabid animal, the wound used to be cauterized with the help of a heated metal instrument. Also, in some cases, the attachment of the tongue (lingual frenulum) was thought to cause rabies, and hence, was cut and removed. Fortunately, this practice stopped when the actual cause was discovered.

Rabies is caused by the Lyssavirus genus, in the family Rhabdoviridae. In an infected individual, this virus enters the peripheral nervous system and migrates to the brain via the central nervous system, where it causes encephalitis and other related symptoms, that include anxiety, paralysis, delirium, hallucinations, etc. The condition can be prevented or halted by timely treatment before the onset of the symptoms. However, once the symptoms are exhibited, death is inevitable. 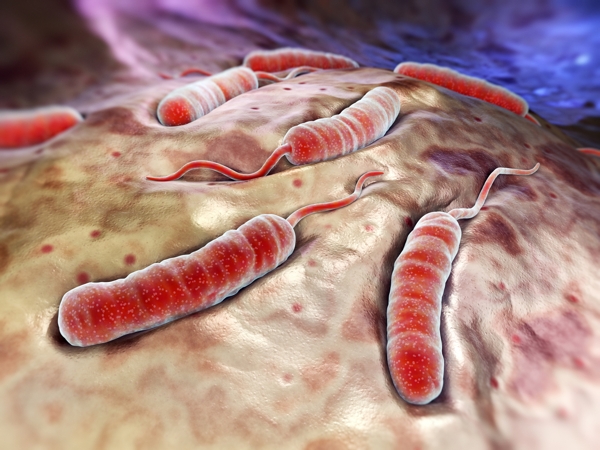 Athenian physician Hippocrates cataloged this disease in 400 BC, but it has been suggested that the disease actually originated before that, along the banks of the Ganges river in India. In earlier times, cholera was highly prevalent, and caused a total of 7 large-scale pandemics across different parts of the world. Today, it has been eliminated from most developed nations, but is still seen in a few developing countries. Its grave consequences has caused it to be labeled as a notifiable disease (its incidence must be notified to the CDC), and it has its own signaling quarantine flag (yellow and black).

This is a water-borne disease caused by intestinal infection of Vibrio cholera. This infection causes the affected individual to experience copious and watery diarrhea, vomiting, muscle cramps, and severe dehydration. It generally occurs in places where water sources are contaminated by fecal matter. The condition can be treated by prescribing zinc supplements, electrolytes, antibiotics, and an increased intake of fluids. If left untreated, the mortality of the affected rises to approximately 50 – 60%, and may even cause an outbreak. 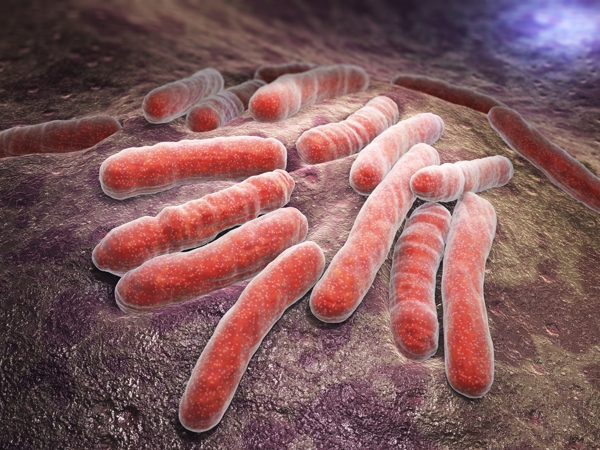 This disease has been around for around 9,000 years. It was found in the skeletal remains of various Egyptian mummies dating back to 3000 BC. Earlier, this condition used to be called consumption, since the progression of the disease consumed the body’s systems. The disease has caused widespread endemics in history, and hence has been declared to be a notifiable disease.

It is caused by Mycobacterium tuberculosis, a small, aerobic, non-motile bacillus. It is highly contagious, and spreads via the sneezing and coughing of affected individuals. On infection, this bacteria causes fever, chills, night sweats, a loss of appetite, fatigue, etc. If it progresses, it leads to erosion of body tissue and bones. Efforts to control this disease have yielded in the development of the bacillus Calmette-Guérin (BCG) vaccine. Also, targeted treatment is effective only in case of early detection, and infection by a non-resistant trait. 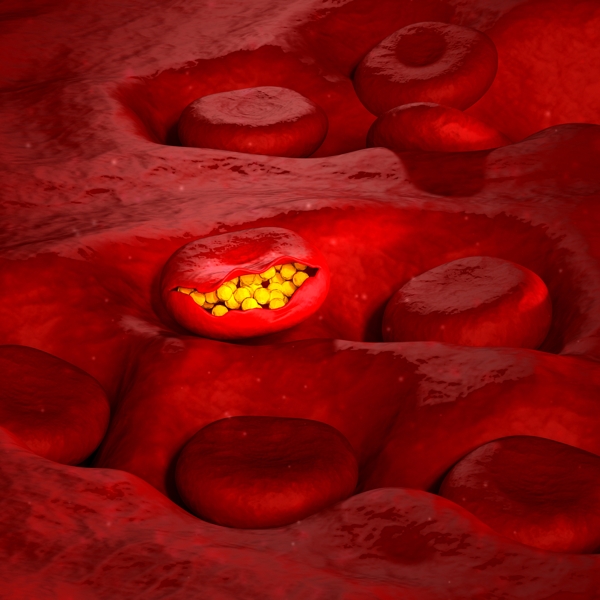 Records of malaria incidence can be found as far back as 2700 BC in China. Due to its high prevalence throughout the Roman empire, it was also known as ‘Roman fever’. Ancient remedies for this condition included the wearing of an amulet around ones neck with inscriptions on it that were the modern-day equivalent of words like abracadabra.

Today, it is common knowledge that malaria is caused due to the infection of Plasmodium falciparum or P. vivax, which occurs when a carrier female Anopheles mosquito bites a person. The infection develops as the parasite completes its life cycle in the human body. Symptoms include septicemia, gastroenteritis, shivering, fever, joint pain, nausea, vomiting, anemia, jaundice, retinal damage, and convulsions. It can be treated by the administration of antimalarials, such as amodiaquine, lumefantrine, or mefloquine, intravenously. 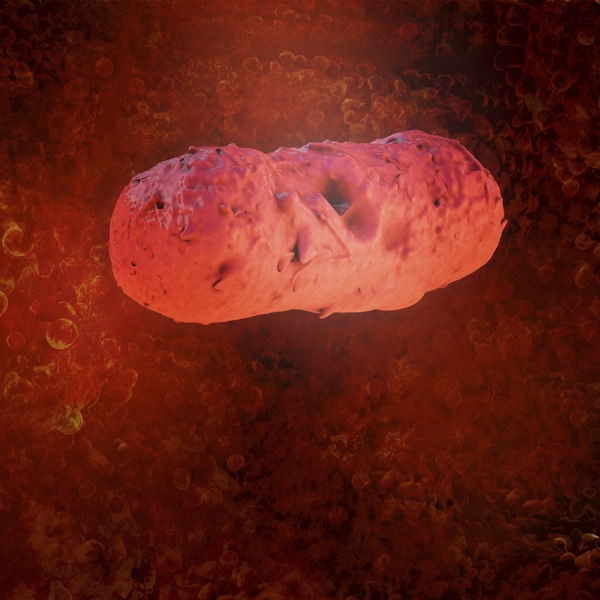 The first recorded incidence of typhoid is the endemic plague of typhoid fever that eliminated one-third of the total population of Athens in 430 BC. This was confirmed when scientists later compared the DNA sequence of the causative bacterium with the DNA taken from the dental tissues collected from the burial sites dated to the time of the endemic.

Typhoid is caused by a bacterium Salmonella typhi, that infects a person by the ingestion of contaminated food or water. Infection causes the individual to experience abdominal pain, constipation, abnormally high fever, headaches, weakness, diarrhea, vomiting, disorientation, etc. It is usually treated by prescribing antibiotics like ampicillin, chloramphenicol, trimethoprim-sulfamethoxazole, amoxicillin, and ciprofloxacin. 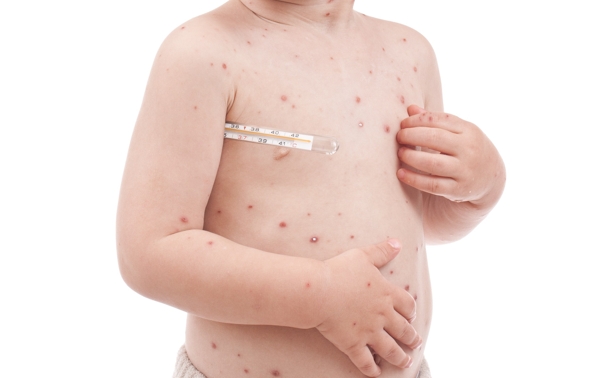 Evidence of smallpox can be seen in medical writings from India (1500 BC), mummy of Ramses V (1145 BC), and records found in China (1122 BC). Its high and widespread prevalence has led to the existence of multiple deities of smallpox across various religions; for example, the God Sopona from the Yoruba religion, and the Goddess Sitala Mata from Hinduism.

The disease has now been completely eradicated globally, which was made possible due to the development of an effective vaccine by Edward Jenner. It is caused due to the inhalation of the airborne variola virus. It is highly contagious, and causes initial flu-like symptoms, that are later followed with the formation of reddish lesions on the mucous membranes of the mouth, tongue, palate, and later spreads to the skin where it forms the characteristic macules associated with this disease. These macules appear all over the body, and form scabs. The disease leads to considerable loss of platelets, and decrease in the immune health, giving rise to secondary infections that culminate in sepsis.

Thankfully, modern medicine and advanced biological research has made it possible to overcome or at least subdue the prevalence of most of these diseases. They no longer prove as fatal as they did in ancient times. Despite having established a modicum of control over these diseases, other new and challenging diseases like AIDS and Ebola continue to affect humans, and claim numerous lives.

Whole30 Lunch: Easy Ideas to Keep You on Track

What are the Real Blue Light Effects on Our Bodies?