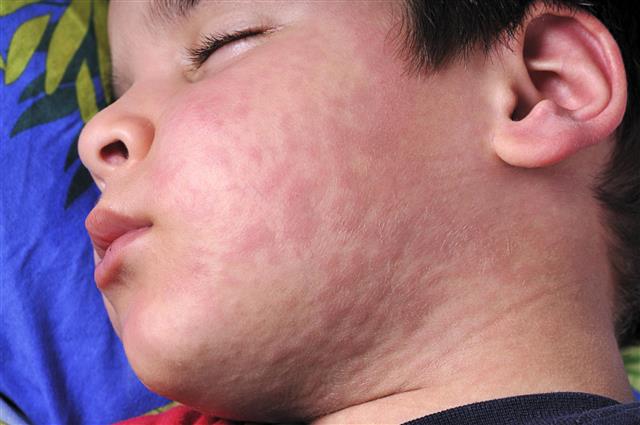 Most rare diseases are chronic, serious, and progressive. However, as they occur sporadically, there exist very few reported cases worldwide.

This is the rarest disease in the world with just one patient diagnosed with the condition. The symptoms of this disease were noticed after the affected boy was diagnosed with leukoencephalopathy (brain white matter disease) and peripheral neuropathy. The patient had elevated levels of the polyols D-arabitol, ribitol, and erythritol in his SPECT profile. This disorder (RPI deficiency) was caused by mutations in the pentose phosphate pathway enzyme ribose-5-phosphate isomerase A (RPIA) gene.

The Apert syndrome is a genetic disorder and it is congenital (present at birth). Only one in 65,000 to 88,000 babies is born with Apert syndrome. The disorder is characterized by the malformed skull, face, hands, and feet. The head is usually long, and the forehead is quite large. The fingers or toes are fused together (often called ‘mitten hands’) and some patients also show synechia. Wide-set bulging eyes, fusion of two or more nails of the digits, hearing loss, short stature, severe under-development of the mid-face (sunken middle face), frequent sinus /ear infections, poor intellectual development, soft spot on the newborn’s skull, etc., are some of the main symptoms of Apert syndrome. This disease progresses slowly. The disorder is caused by one of two changes in the FGFR2 gene that lead to craniosynostosis (early closing of the skull resulting in abnormal skull and facial growth) and other problems.

This is also a rare genetic disorder. The Bloom syndrome (BLM) or Bloom-Torre-Machacek syndrome is characterized by low birth weight and length, short stature, and sun-sensitive skin changes. People born with this disorder develop a facial rash due to an exposure to sun. The rash looks like a butterfly shaped patch of red skin on the cheeks. These patients also have distinctive facial features, micrognathia of mandible (jaw grows a lot during puberty), high-pitched voice, dilated blood vessels (not only in skin but also in the eyes), prominent nose and ear, etc. There are many more symptoms associated with this disease like diabetes, infertility in males (women generally have reduced fertility and experience early menopause), chronic obstructive lung disease (COPD), learning disabilities, etc. The bloom syndrome life expectancy is about 27 years. These patients have an increased risk of cancer.

This is a very rare degenerative neurological (brain) disorder. The symptoms of this disease include dementia, memory loss, hallucinations, anxiety, depression, difficulty swallowing/speaking, blurred vision, inability to think properly, jerky movements, insomnia, and changes in personality. This is a progressive disease that causes death of nerve cells of the brain. It is an incurable fatal disease. While Alzheimer’s disease progresses slowly, Creutzfeldt-Jakob disease progresses quite rapidly. It is estimated that one case of Creutzfeldt-Jakob disease is diagnosed per million people each year, mostly in older adults.

This is a rare congenital disorder, named after Hans Zellweger, who researched on this disorder. This is an autosomal recessive disorder that is caused by mutation of genes. It causes impairment of multiple organ system due to accumulation of lipids. Most patients do not survive beyond the age of one. The Zellweger spectrum is a group of conditions called Zellweger syndrome, neonatal adrenoleukodystrophy (NALD), and infantile Refsum disease. Zellweger syndrome is the most severe form of the Zellweger spectrum. It is also known as cerebrohepatorenal syndrome, and is characterized by reduction or absence of functional peroxisomes (organelles present in all eukaryotic cells) in the cells of an individual and impaired brain development. This usually leads to a progressive loss of hearing and vision. Children are born with craniofacial abnormalities and low muscle tone. They may not be able to eat, and they may suffer from vision problems, seizures, apnea, etc.

To date, about seven thousand rare diseases have been discovered, and new diseases are regularly described in medical literature. The rare diseases list presented below is not a complete list. Some of the most prominent diseases are mentioned in the following lists.

This was all about rare diseases list and symptoms. Hope the above information on very rare disorders has helped you learn a bit about the different diseases and disorders that are rare but life-threatening.