Though not as aggressive as yellowjackets, red wasps may also sting, when threatened. This article provides some information about the treatment for red wasp stings. 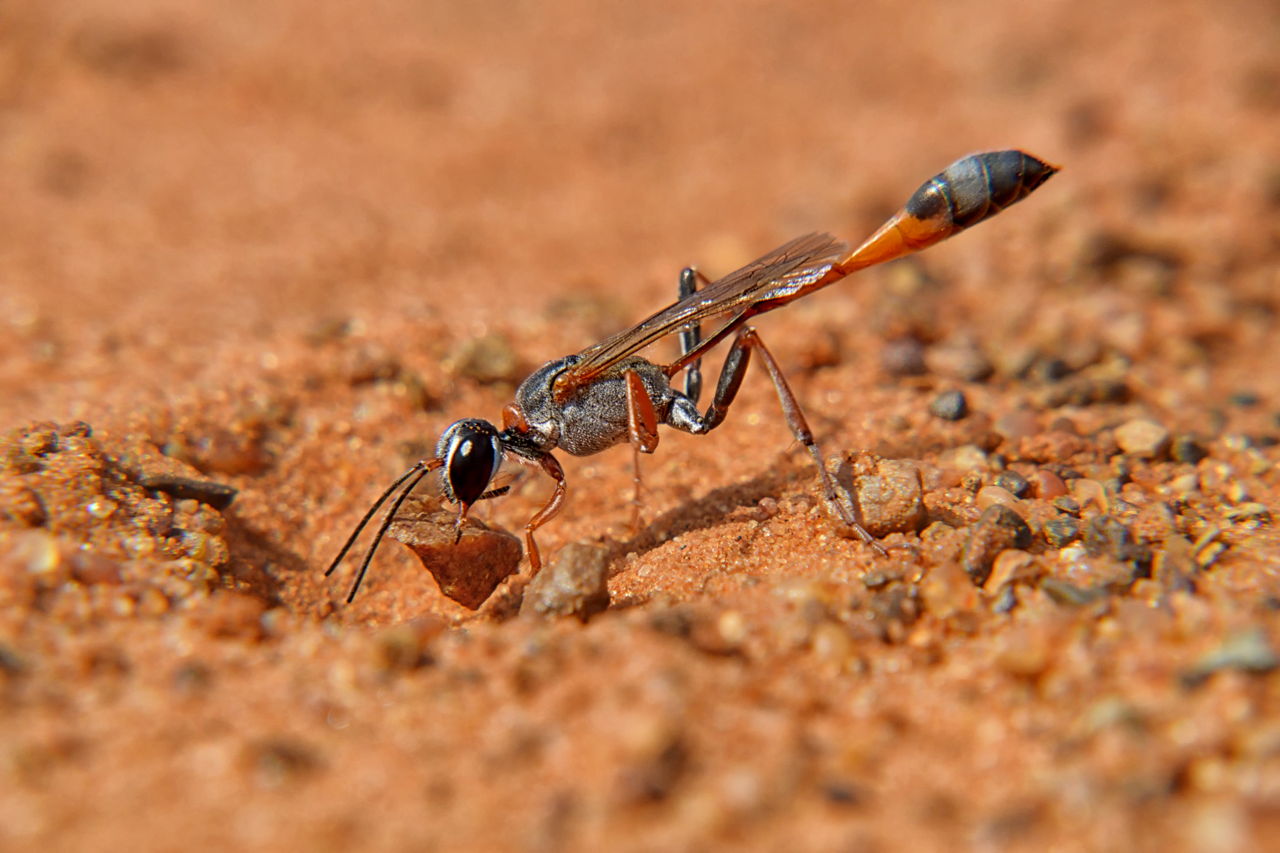 Though not as aggressive as yellowjackets, red wasps may also sting, when threatened. This article provides some information about the treatment for red wasp stings.

Red wasps are true paper wasps that belong to the subfamily Polistinae and the genus Polistes. Hornets and yellowjackets of the subfamily Vespinae are sometimes categorized as paper wasps, as they too make nests with papery material. Unlike hornets and yellowjackets that are said to be very aggressive; paper wasps attack humans or animals only when they are threatened or if their nests are disturbed. However, red wasps are found to be little bit aggressive, as compared to other paper wasps. Even the stings inflicted by these wasps can be more painful.

The red wasp is a type of paper wasp that is often seen as a summertime pest. The name is derived from its body that has a rusty-red color. The most commonly found species are Polistes carolina and Polistes perplexus. These wasps can be identified with their red-colored bodies and slender black wings. Red wasps build large nests with a papery material. Their nests are usually dome-shaped, with many cells (including the brood-rearing ones) that open downwards.

Usually, red wasp nests are gigantic with around 3000 to 5000 members. They are highly protective of their nests, and may attack anybody posing a threat. These wasps are interested in feeding on sugary food and caterpillar. They are often found to feed from the discarded wrappers of sweet food items. However, red wasps are stinging insects that can inflict painful stings that may cause anaphylactic reactions in people with allergies.

In case of a red wasp sting, the first and foremost thing to do is to remove the stinger from the skin. Unlike bees, wasps do not leave the stinger on the victim’s skin. However, this may happen in very rare cases. The stinger can be found as a tiny black dot in the center of the welt, caused by the sting. If the stinger is not visible, use a blunt knife to scrape the surface of the welt. Once the stinger becomes visible, use tweezers to pull it out gently. After that, wash the area with water and soap.

You can relieve the swelling with cold compresses. Application of calamine lotion is good for relief from itching and pain. You may also use 1% hydrocortisone cream for this purpose. Baking soda mixed with water is a very effective wasp sting remedy. The paste must be thick enough to stay on the affected site, till it dries. Those with a history of allergic reactions must consult their doctor, who may prescribe medication, like antihistamines.

Those who are prone to develop serious allergic reactions must seek immediate medical attention. In such people, the symptoms may worsen and lead to anaphylaxis, which is a life-threatening condition. It is advisable for others to consult their physician, if the symptoms worsen or do not subside within a few days.