Renal failure implies a loss of kidney function that may occur rapidly (acute) or progress slowly (chronic). The current article provides a brief account of the symptoms associated with such acute and chronic kidney failure. 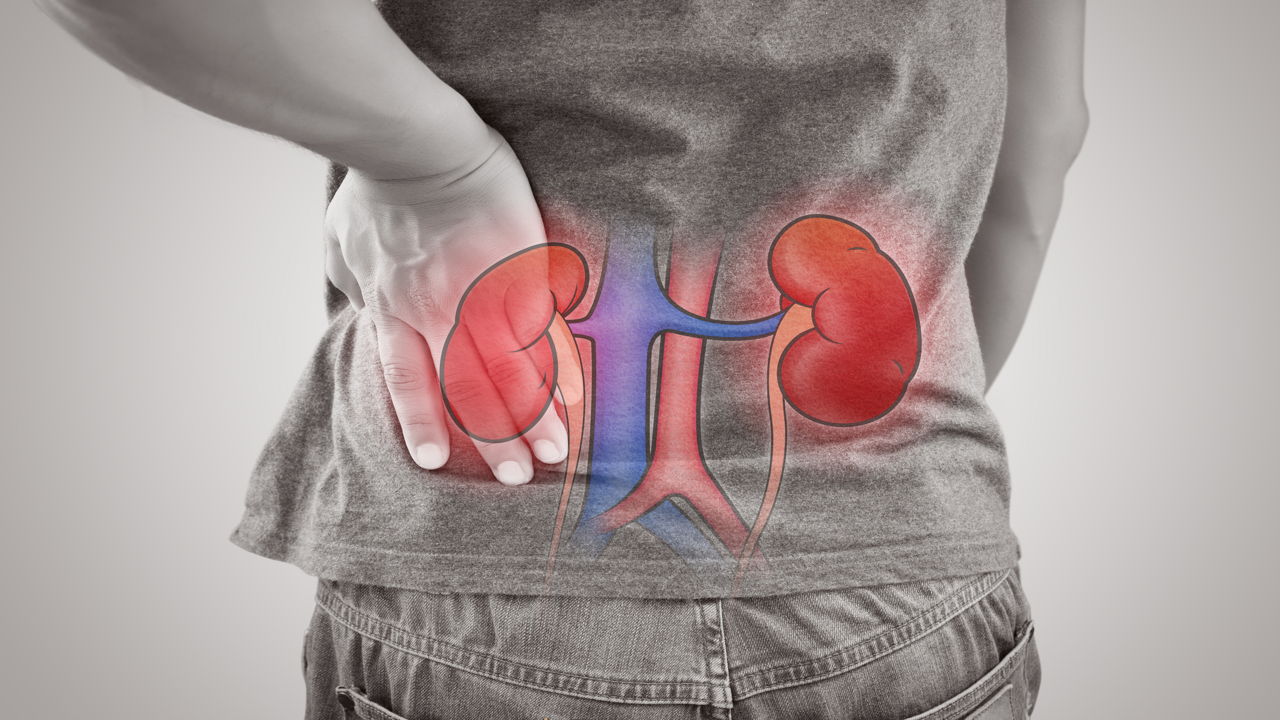 Renal failure implies a loss of kidney function that may occur rapidly (acute) or progress slowly (chronic). The current article provides a brief account of the symptoms associated with such acute and chronic kidney failure.

Individuals with chronic kidney failure may remain asymptomatic, even when the functional capacity of kidneys reduces to as low as 20% of the normal capacity. Hence it is recognized as a ‘Silent Disease‘.

Kidneys are bean-shaped organs located just below the diaphragm, posterior to the other abdominal organs. They serve as the filter house of our body, and are involved in filtering out the wastes, toxic metabolites and excess minerals from blood, further directing their excretion through urine. Kidney (renal) failure is characterized by the loss of this crucial function, and results in the accumulation of metabolites in blood. As a result, the balance of fluids and electrolytes in the body gets disturbed, thereby creating serious health problems.

Renal failure may arise due to trauma, autoimmune disorders, infection, urinary tract blockage, and other kidney diseases. Kidney failure is categorized as acute or chronic, depending on its rate of progression. A sudden loss of kidney function is termed as acute renal failure, whereas a gradual loss of kidney function is called chronic renal failure. Symptoms occurring in both the forms are more or less similar but their intensity varies.

Given below is a list of symptoms common to both the forms, and the specific signs and symptoms associated with each form, followed by a brief account of the consequences of renal failure in the elderly.

Symptoms of Kidney Failure
The symptoms that occur in both acute and chronic kidney failure include:

Vomiting and diarrhea: Accumulation of excessive amounts of urea and other wastes in blood, leads to nausea and vomiting. In individuals with chronic kidney failure, vomiting generally occurs in the morning, whereas those with acute renal failure experience frequent episodes of vomiting within a period of 2-3 days. It is often accompanied with diarrhea.

Dehydration: The excessive loss of fluids through vomiting and diarrhea, leads to dehydration and excessive thirst.

Breathing difficulty: The inability to get rid of excess fluids may lead to fluid accumulation in the lungs, thereby causing shortness of breath. Also, the oxygen-carrying capacity of blood reduces due to increased blood toxicity, leading to heavy breathing.

Bloody stools: In extreme cases, kidney failure may lead to gastric or intestinal bleeding. This is indicated by the presence of blood in stools. Black or tarry stools indicate bleeding in the upper gastrointestinal tract.

Neurological and neuromuscular symptoms: Renal failure leads to an increase in the phosphate levels of blood, which affects the function of peripheral nerves as well as the neuromuscular functions. This causes:

Urinary symptoms: Depending on the exact cause and physiological abnormality, either a reduction or an increase in the urine output and frequency occurs. The prominent urinary signs and symptoms of renal failure are:

Other symptoms: The above health issues collectively lead to the following symptoms.
Symptoms of Acute Kidney Failure
A rapid loss of kidney function within a few days is termed as acute renal failure or acute kidney injury (AKI). It can be the result of kidney injury, acute tubular necrosis (damage of the tubule cells present in kidneys), autoimmune kidney diseases, decreased blood flow to kidneys, hemorrhage, septic shock or even severe dehydration. Kidney stones and blood clots are also one of the etiologies behind sudden kidney failure.

Individuals at risk include those who have a history of diabetes, high blood pressure, heart problems and kidney or liver diseases. Additional symptoms experienced during acute renal failure are:

Symptoms of Chronic Kidney Failure
A gradual loss of kidney function over a period of several years is termed as chronic kidney disease (CKD) or chronic kidney failure. Symptoms are usually very mild, and could go unnoticed for a long time. More often than not, the symptoms are noticed when it is too late, and in a majority of cases very little can be done to reverse the situation.

People who have been diagnosed with medical conditions such as diabetes, lupus, bladder cancer, scleroderma, vasculitis, kidney infection, kidney stones, renal artery stenosis or hypertension are at an increased risk of developing chronic kidney failure. Symptoms experienced in addition to the above mentioned common symptoms include:

In extremely severe cases, the excessive amount of urea is excreted through sweat, giving rise to ‘uremic frost‘ on the face, scalp and legs. Cardiac arrhythmia, stroke and metabolic acidosis due to accumulation of sulfates, phosphates and urea, are some of the complications arising due to chronic renal failure. It may also lead to low levels of vitamin D, since kidneys are the site for formation of active vitamin D (calcitriol) from its precursor molecules. This leads to low bone mineral density (BMD), weakening of bones, increased risk of fractures as well as neurological and endocrine imbalances.

Kidney Failure in the Elderly
Old age is one of the risk factors for kidney dysfunction, owing to an array of age-related anatomical and functional changes in kidneys. With increase in age, the number of nephrons (functional units of kidneys) decreases leading to lowered kidney function.

However, the most common reason for kidney failure in the elderly, is narrowing of renal arteries due to fat deposition on the inner lining of arteries. Symptoms of kidney failure are often accompanied with problems related to cognition and immunity. These include:

Diagnosis
Kidney failure can be confirmed through pathological investigations including blood tests, urinalysis as well as imaging techniques.
» Blood urea nitrogen (BUN) as well as the creatinine levels in blood are indicators of renal health. Creatinine content of blood is used to determine the glomerular filtration rate (GFR), which provides an estimate of kidney function.
» The protein content in urine as well as urine volume measurements help to identify renal failure.
» Abdominal ultrasound is advised to check for reduction in kidney size, which is an indication of chronic renal failure. Other imaging tests such as CT scan or MRI are recommended for detecting the presence of any abnormal growth or blockage.
» Biopsy is performed to check for malignancy, if the imaging tests reveal abnormal growth in kidneys.
Treatment
The treatment approach depends on the precise etiology and physiological status of the patient.
» Symptomatic treatment includes the administration of analgesics and nonsteroidal anti-inflammatory drugs (NSAIDs).
» Diuretics may be prescribed to get rid of the accumulated fluids.
» Certain dietary modifications may be suggested to reduce the further accumulation of toxins. It is recommended to follow a diet containing low amounts of protein, potassium, phosphorus and salt.
» Dialysis and kidney transplant is the last resort for end-stage kidney disease, wherein the functional capacity of kidneys drops below 15%.

Renal failure leads to an excessive accumulation of metabolic wastes, which gives rise to several physiological and neurological symptoms. Final stages of renal failure involve severe complications, and hence an early identification of the condition is extremely essential.