Scarring of the Lungs

As the name suggests, scarring of the lungs is the presence of scars on the lungs. This article explains its symptoms and the course of treatment, in brief. Read on for further details. . . .

You are here: Home / General Health / Scarring of the Lungs

As the name suggests, scarring of the lungs is the presence of scars on the lungs. This article explains its symptoms and the course of treatment, in brief. Read on for further details. . . . 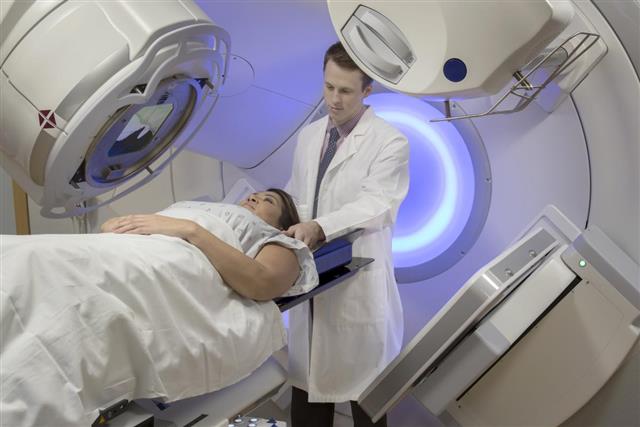 The condition where the scarring of the tissues present in the lungs takes place is called lung scarring. It is similar to the scars on the skin. Many a time, the scars are of permanent nature. The lungs are able to withstand minor scars without causing any adverse effects to the body. There are two different kind of scars: granulomas, and calcified. Different kind of lung infections give rise to granuloma scars. These scars do not have any harmful effects on the body. However, in some cases – if left untreated – it can give rise to calcified scars which can have an ill effect on the body. Scarring of the lungs from pneumonia is also common. Mostly, pneumonia causes calcified scarring. In simple words, pneumonia, and lung infections are a few causes that justify their role in leading to scarring of the lungs. People in their forties and fifties are predominantly affected with this disease. If a particular foreign material does not suit the body, it can result in lung scarring.

Scarring of the lungs is the replacement of lung tissues by fibrous ones, which prevents the inhalation of oxygen. The higher the degree of severity of the condition, greater the difficulty experienced by the victim while breathing. Scarring affects the effective functioning of the lungs. A number of cases have dilated the possibility of lung scars resulting in permanent loss of transportation of oxygen to the lungs. Let’s first look into the symptoms of this lung disease.

Chest Pain
Some people might experience chest pain. Along with pain, it also causes discomfort in the chest, and areas surrounding it. When one engages in an exercise, or even mundane household chores, one may be disturbed by the breathing discomfort caused.

People suffering from this condition might also suffer from cough. In the initial stages, cough will be at a lower level which will then increase as time passes. An important declaration to be made is about the type of cough. It is generally dry, hacking cough that may seem minor; however, the intensity of spasmodic movements would increase with time.

The victim experiences shortness of breath. Similar to cough, in the initial stage, it will be at a minimal level; however, gradually the condition will worsen. Breathlessness occurs predominantly as one ages. However, do not use this as a jacket cover and delay the diagnosis. Report the way you feel to your medical practitioner, so that treatment may begin in the neonatal stages of the condition.

Wheezing is also a commonly observed symptom of scarred lungs. Wheezing may be observed while doing light activities; like, talking, walking, or climbing the stairs. A predominant feature marking the onset of an asthmatic attack, wheezing is a characteristic of breathing with difficulty; however, it is accompanied with whistle-like sounds.

Rapid decrease in weight will be observed in the person suffering from scarred lungs. In the beginning, the person will experience physical discomfort along with loss of appetite. However, in the later stages, a subsequent weight loss will also be observed.

There is an increased sense of exhaustion and fatigue experienced. This is due to the way the lungs are functioning due to the progression of the condition. Thus, as the scarring progresses, the amount of oxygen infused into the blood by the lungs will decrease; thereby, leading to tiredness and exhaustion.

Bulbous development will be observed at the tip of the fingers. In the beginning, it will be mild, but will become prominent, and noticeable as time passes.

Along with the above-mentioned symptoms, night sweats and chills also indicate scarred lungs. Along with these symptoms, inflammation in the lungs is also indicative of its scarring. In case of lung scarring, it is always better to consult a doctor. Proper treatment can be given, only after finding the cause of scarred lungs. Lung transplants, drug treatments, and supplemental oxygen therapy are possible treatments. Scarring of the lungs is not dangerous in the initial stages. However, if the scars become intense, proper treatment is a must.