Side Effects of Mucinex (Guaifenesin)

Mucinex belongs to a class of drugs called expectorants. It is used for easing the symptoms of respiratory tract infections that are characterized by cough. This HealthHearty write-up provides information on the various Mucinex side effects.

You are here: Home / General Health / Side Effects of Mucinex (Guaifenesin) 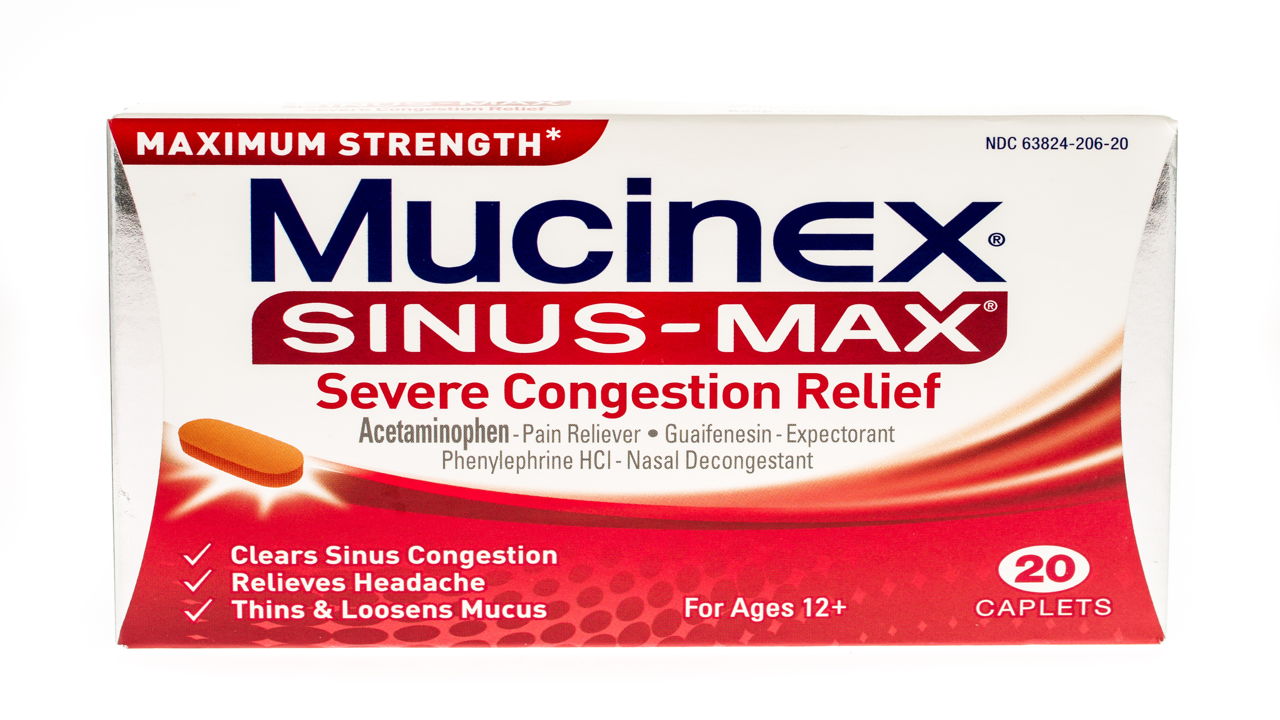 Mucinex belongs to a class of drugs called expectorants. It is used for easing the symptoms of respiratory tract infections that are characterized by cough. This HealthHearty write-up provides information on the various Mucinex side effects.

The therapeutic properties of guaifenesin, which is derived from the guaiacum resin that is extracted from guaiac tree, have been known for several centuries.

The act of coughing is a protective physiologic reflex that helps clear the secretions, microbes, irritants, or foreign particles from the airways. It involves the generation of intrathoracic pressures up to 300 mm Hg against a closed glottis, which is followed by forceful expulsion of air at the velocity of up to 500 miles per hour. Though it is a protective reflex, it can be discomforting, when there is excessive production and buildup of nonproductive cough (dry cough that doesn’t produce sputum). Acute cough is often a symptom of viral respiratory tract infections, and its treatment mostly involves the use of drugs that help thin down mucus (phlegm) in the lungs, thereby making it easier to cough it up. Such drugs are referred to as expectorants. Mucinex is an expectorant that is often used for relieving the symptoms of cough. It is available in the form of a syrup, tablet, capsule, extended-release (long-acting) tablet, and dissolving granules. The main ingredients of Mucinex is guaifenesin, but it might also be used in combination with acetaminophen (fever reducer), dextromethorphan (cough suppressant), phenylephrine (nasal decongestant), or antihistamines. Guaifenesin is the active ingredient of cough syrups and tablets sold under brand names such as Mucinex, Robitussin DAC, Cheratussin DAC, Robitussin AC, Cheratussin AC, Benylin, Buckley’s, DayQuil Mucus Control, etc.

It is believed that guaifenesin works by reducing the viscosity of phlegm, thereby facilitating the passage of respiratory tract secretions. Basically, it can make cough productive. With the thinning or loosening of phlegm, the hairlike cilia are able to carry the secretions upward. Thereafter, the phlegm can be easily coughed out. Since certain formulations of Mucinex also contain antihistamines, its use might prove beneficial in relieving the symptoms of allergic rhinitis. As this drug contains acetaminophen (fever reducer), dextromethorphan (cough suppressant), and phenylephrine (nasal decongestant), it will also help in relieving some of the symptoms of respiratory tract infections. There are different formulations of Mucinex that can help in alleviating the following symptoms:

Though this drug can help in thinning down mucus, it will not treat the underlying cause of excessive phlegm. Therefore, one must consult a doctor, if cough is accompanied by other untoward symptoms. Moreover, this drug might also be associated with certain side effects.

Contraindications and Side Effects of Mucinex

Mucinex is an over-the-counter drug, which means that it is available without prescription. Thus, it is extremely important to be aware about the cases wherein it is contraindicated.

The medication should not be given to a child below the age of 4 years. Caution has to be exercised in case the drug would be given to a child between the age of 4 to 11 years. If Mucinex or any other combination product that contains guaifenesin is given to a child, the package label must be read carefully to ensure that it is the right product for a child of that age. Drugs that are meant for adults should not be given to children, unless the label states that both children and adults can take the drug. As in case of any drug, make sure that you inform your healthcare provider about any medication that you are taking currently.

Inform your healthcare provider if:

It is extremely essential that Mucinex is taken as directed. While the dissolving granules, tablets, capsules, and syrup are taken with or without food every 4 hours, the extended-release tablet is usually taken with or without food every 12 hours. Don’t increase or decrease the dosage on your own. If you are taking the syrup, use the measuring spoon or cup that came with the medication to measure the dose.

If you are taking the extended-release tablets, swallow them whole with a glass of water. The tablets must not be crushed. Do not break or chew them. For the dissolving granules, the contents of the packet have to be emptied on to the tongue and swallowed.

Many people who take this medication may not experience any side effects. However, in some cases adverse effects might be felt. Some of the side effects of guaifenesin include:

However, it is believed that nausea and vomiting can be avoided, if Mucinex tablets are taken with meals. Staying hydrated will also help in alleviating dry mouth and lowering the risk of kidney stones that is associated with the prolonged use of guaifenesin.

Do not take this drug, if you are allergic to any of the ingredients used in the drug. Though the likelihood of anyone developing a serious allergic reaction is unlikely, medical help must be sought at the earliest, if one develops a life-threatening allergic reaction that is characterized by the following symptoms: