In most cases, smelly urine causes have been linked to inadequate water intake and minor infections such as UTI and vaginitis. In rare cases, stinky pee can be due to serious issues such as liver failure and phenylketonuria. 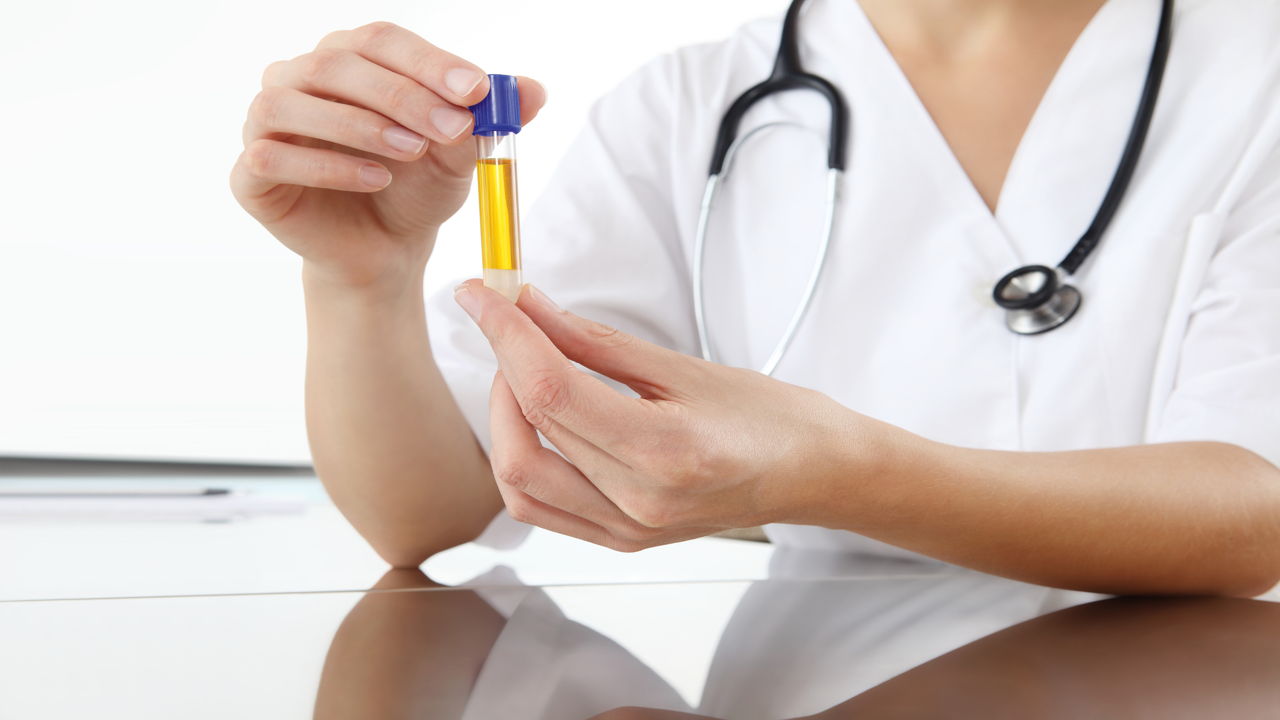 In most cases, smelly urine causes have been linked to inadequate water intake and minor infections such as UTI and vaginitis. In rare cases, stinky pee can be due to serious issues such as liver failure and phenylketonuria.

A strong sulfur smelling urine has been linked to intake of asparagus.

Urine odor speaks volume about your health. Generally, the smell that the urine produces is tolerable. Doctors say that healthy people pass a clear and nearly odorless urine. A bad smelling urine is embarrassing and can be the onset of an infection.

The urinary system primarily consists of the kidneys (place where blood is filtered to form urine), bladder (storage area for urine), ureters (two tubes that transport urine from the kidneys to the bladder) and urethra (tube that carries urine from the bladder for elimination). Smelly urine may indicate that something is wrong with any of the urinary organs. It is discussed below:

UTI is a bacterial infection that can affect any part of urinary system but usually the bladder and the urethra are the most common sites of infection. Bladder inflammation associated with UTI is referred to as cystitis. UTI is more common in women due to their anatomy. The prevalence of UTI in the fairer sex has made it the leading cause of smelly urine in females.

Symptoms: Burning sensation while urinating, passing cloudy urine that emanates a strong unpleasant odor are the hallmarks of a urinary tract infection (UTI). If the infection aggravates and reaches the kidneys, it can raise the body temperature and cause night sweats and chills.

Treatment: As UTI is due to proliferation of bacteria in the urinary tract, short or long antibiotic course of amoxicillin may be prescribed depending upon the severity of the infection. Usually, the duration of antibiotic course varies from 3 to 10 days.

Women complaining about smelly urine might actually be suffering from vaginitis, a condition that typically causes swelling of the vagina. Vaginitis is usually the outcome of bacterial or a fungal (yeast) infection. Although these micro-organisms already exist in the vagina, trouble begins when their population increases beyond a certain threshold. In simple words, vaginitis is the side effect of too much growth of pathogens inside the vagina. In vaginitis, every trip to the washroom is extremely unpleasant as one has to bear the bad or foul-smelling odor of the urine.

Treatment: Treatment will vary according to the type of infection. The commonly prescribed antibiotic for bacterial vaginosis is metronidazole, that is available in both oral and topical form. Yeast vaginitis is treated with antifungal creams such as Monistat. Rarely, do doctors recommended oral antifungals like fluconazole, as they are generally used for stubborn yeast infection. Sugar promotes proliferation of fungus, hence avoid foods high in sugar, until the infection has resolved.

Smelly urine odor in men has often been attributed to prostatitis, a condition that is typically marked by the inflammation of the prostate gland. This walnut-shaped gland found only in males, just below the urinary bladder does an important job of maintaining sperm quality. Although, bacterial infection can lead to this urological condition, most cases of prostatitis are nonbacterial and the underlying cause often remains undiagnosed.

Symptoms: Discomfort in the pelvic region followed by pain while urinating is often reported by patients. The symptoms are severe in acute bacterial prostatitis, and the patient may also suffer from low to high grade fever, chills and nausea. Urinary urgency and having to urinate frequently is commonly observed in acute form of prostatitis.

Treatment: A bacterial infection of prostatitis is treated with antibiotics. Usually, the antibiotic treatment is given orally for about a month. However, severe cases may require intravenous administration of antibiotics.

Presence of kidney stones can also lead to production of stinky cloudy pee. Crystallized deposits form in the kidneys due to disturbances in urine composition. When proportion of calcium and oxalate in urine increases beyond a certain level, crystals begin to form. The crystallized matter separates from the urine and stays in the kidneys, eventually forming stones over time.

Symptoms: Besides urine smelling horrible, there is a drastic change in urine color but more importantly, the person experiences pain in the lower back and groin area. These painful symptoms are usually experienced when the stone moves out of the kidneys and gets trapped in the ureters.

Treatment: Drinking plenty of water everyday is the first line of treatment, which often work to get rid of stones. Painkillers such as acetaminophen may also help to relieve discomfort associated with kidney stones.

Insufficient fluid intake decreases volume of urine and makes it highly concentrated. When intake of water is less, there is a drastic change in the color and smell of urine. Concentrated urine has a strong smell similar to ammonia. A strong ammonia smell from the urine is an indication that the person is not drinking sufficient water.

Beverages like coffee that are popular all over the world can also change the smell of urine from nearly odorless to foul-smelling. However, one or two medium cups of coffee won’t change urine odor. Those who have the habit of consuming 5-6 cups of coffee are the ones who complain about smelly urine. Many have reported urine odor similar to coffee after drinking this caffeinated beverage. Basically, coffee has diuretic properties, which means it stimulates fluid loss by increasing the urinary rate. This excess urine production often leads to dehydration, giving a strong smelly odor to urine.

Antibiotics used for treating bacterial infections are known to influence urine odor. So, those put on antibiotics such as amoxicillin or ciprofloxacin even for a short while are unlikely to pee odorless urine. Most patients taking antibiotics complain about drastic sudden change in urine odor which is strong and some refer it as yeasty smell. Doctors often prescribe dietary multivitamin supplements for various medical conditions. However, these supplements can actually bring about a change in the urine odor.

Urine giving out a bad smell can also be a sign of liver failure, which means the liver is unable to carry out its functions efficiently. For instance, foul-smelling darkened urine could mean that the person is suffering from a liver disease. It is observed that a yellowish-green colored pigment (bilirubin) is processed by the liver and only a miniscule amount of bilirubin combines with urine. However, if the liver is not working correctly, too much bilirubin escapes into the urine, giving it a distinct dark amber color. Apart from change in urine color, the odor during urination is horribly smelly.

Phenylketonuria is an inborn metabolic disorder in which the body loses its capability to breakdown an amino acid (protein) referred to as phenylalanine. With the metabolism of phenylalanine taking a backseat, its concentration in the blood and urine increases. In such circumstances, the urine is said to be emitting a strong, foul, musty or mousy smell.

People suffering from diabetes pass urine that has an abnormal smell. This is because diabetics have high blood sugar levels. This excess sugar often gets passed down to the urine, giving it a characteristic sweet smell. Smelly urine is often regarded as a symptom of diabetes. People with untreated or mismanaged diabetes in which diet restrictions are not being followed, pee that smells excessively sweet.

Including certain foodstuffs in the diet can also cause smelly urine. Although asparagus is rich in nutrients and a healthy choice, including this vegetable in the diet can result into foul-smelling urine. The breakdown of asparagus in our body releases sulfur containing compounds that causes urine to produce a bad smell. Apart from sulfur-scented pee, eating asparagus may lead to bad breath and foul-smelling flatulence.

Many times, it is observed that pregnant women suffer from “smelly urine”, the main reason being urinary tract infections. Pregnancy is one of the primary factors responsible for causing UTI in women. No wonder when pregnant women pee, their urine smells bad.