Spinal Muscular Atrophy, SMA for short, is a genetically transmitted disease, which can result in the progressive weakening and degeneration of muscles. This HealthHearty article presents to you, the various types of this disease and the treatment options available for the same. 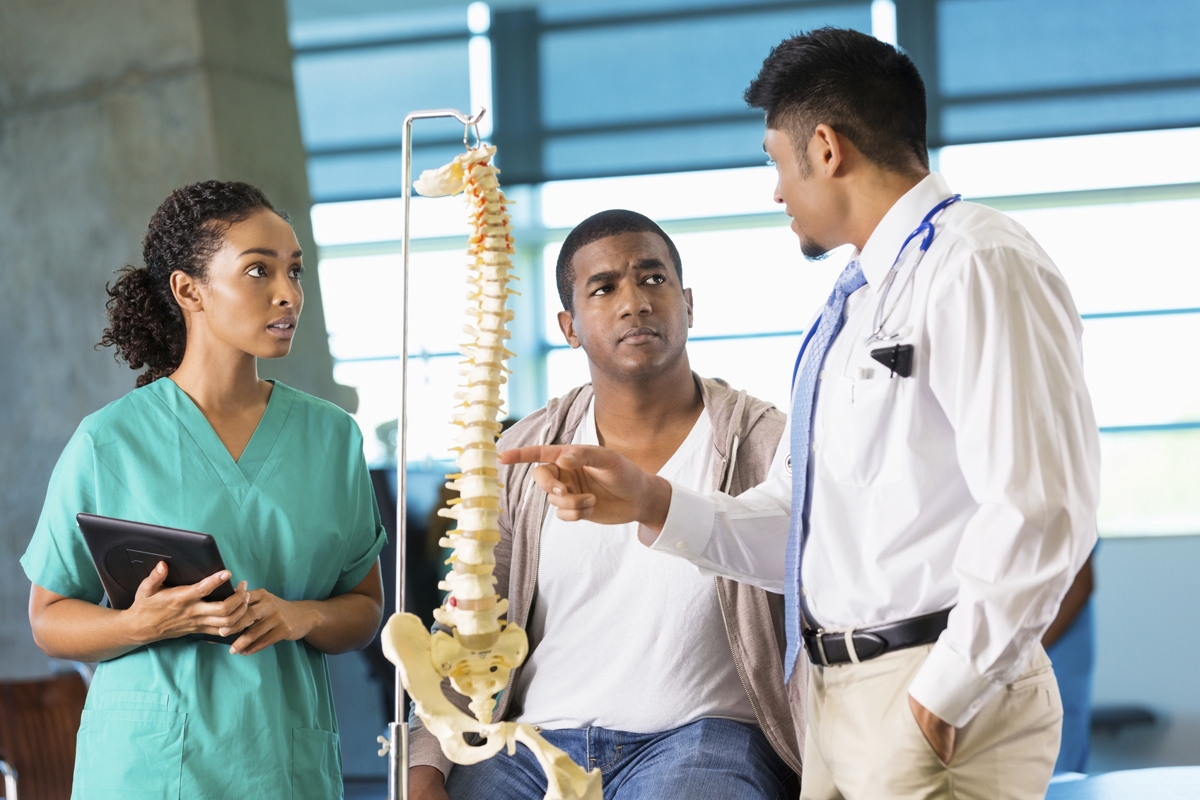 Spinal Muscular Atrophy, SMA for short, is a genetically transmitted disease, which can result in the progressive weakening and degeneration of muscles. This HealthHearty article presents to you, the various types of this disease and the treatment options available for the same.

Spinal Muscular Atrophy is a genetically transmitted condition that affects the nerve cells in the spinal cord, which are known as motor neurons. These neurons send nerve impulses to the voluntary muscles, which are the ones that are in our control, such as in the legs and arms. As the neurons get affected and are lost, it results in the weakening and degeneration of muscles, which can affect breathing, walking, swallowing, crawling, and neck and head control, and ultimately lead to death.

Since spinal muscular atrophy is a genetically transmitted disease, it has a tendency of running in families. Parents may not have any symptoms and yet carry the gene. In case, the disease runs in the family, it is important to avail of genetic counseling.

There are 4 types of this condition, which are classified according to the severity of the symptoms and the age at which it develops. Type I, Type II, and Type III SMA, develop during childhood, while Type IV SMA occurs in adulthood with the symptoms generally manifesting themselves around 35 years of age.

This is the most acute type of the disease and is also referred to as Werdnig Hoffman disease. It can occur from, before the child is born – wherein, it can be noticed by some mothers, because of a lessening of movement by the fetus during the last months of the pregnancy, up to six months of age.

The children affected by this type of disease, generally have difficulty in swallowing and breathing, and require support, to be able to sit up, as they grow older.

This can occur from 6 months to 18 months of age, and is the intermediate variety of the disease.

The children affected with this type of SMA need help while walking or standing, as they grow older.

Also referred to as Kugelberg Welander disease, this is the least acute variant of the disease, which occurs between 18 months and 17 years of age.

While those affected by this type, can walk or stand without needing any help initially, they later lose the ability to do so.

This is generally the milder variation of the disease, which occurs in adulthood. There is a variant type of adult SMA, known as Spinal-bulbar muscular atrophy or Kennedy’s syndrome, which develops only in males, generally around 20-40 years of age.

The symptoms of this type of the disease, generally range from mild to moderate, which can include twitching, tremor, and weakness of the muscles.

Currently, this disorder has no cure, and neither there is any treatment, which can rectify the affected motor neurons or reverse the process of muscular weakening caused by atrophy. Therefore, the treatment, basically, is focused on alleviating the symptoms and providing supportive care.

Breathing techniques and respiratory exercises can help in reducing the risk of chest infections as well as their effects, in case they do occur. Those who have breathing problems can be provided with various ways to assist their ventilation, like oxygen, via a mouthpiece or mask, for as long as they require it. These come in various types, which can be removed easily for talking, drinking, eating, or, when normal breathing is possible.

A gastronomy tube, which is a tube that can be attached to the abdomen, can be used for feeding children, who are not able to swallow.

Physiotherapy can help in improving the posture and also, slow down the onset of scoliosis, which is an abnormal lateral curvature of the vertebral column. A corset or back brace can also help in supporting the affected child in a particular position in an effort to provide direction to the spine as it develops. A spine-straightening surgery, known as spinal fusion, can be performed as a permanent method of treating spinal curvature.

Advice can be availed from an occupational therapist about the equipment and techniques of an exercise routine that can be done at home, which can help in maintaining muscular strength in order to delay the wastage of muscle, help in increasing respiratory function, prevent the muscles from shortening, and maintain the mobility of the joints.

Also, laboratory experiments are being conducted on a number of drugs, that could help SMA patients, such as rilozule, hydroxyurea, valproic acid, and butyrates. Also, currently gene therapy is also being tested, which involves replacing the defective genes with the normal ones.