Stage IV pancreatic cancer is the deadliest form of cancer. Chemotherapy and surgical treatments are mostly futile and decrease the quality of life for the patient. Read on to know more about stage 4 if this dreaded cancer.

Stage IV pancreatic cancer is the deadliest form of cancer. Chemotherapy and surgical treatments are mostly futile and decrease the quality of life for the patient. Read on to know more about stage 4 if this dreaded cancer. 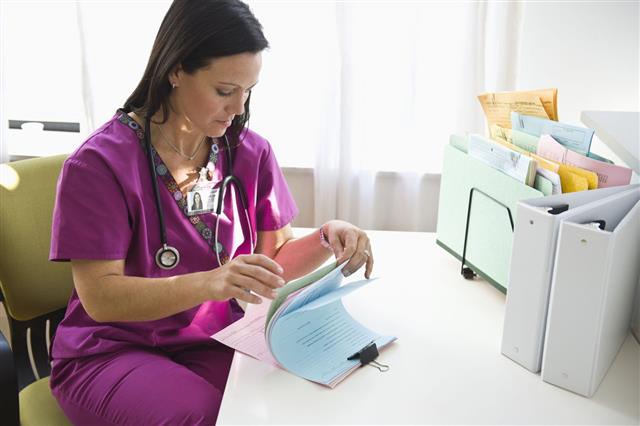 Pancreatic cancer is the cancer of the pancreas. Pancreas is a large organ that lies horizontally behind the stomach. Pancreas secrete digestive juices and hormones that regulate the metabolism of sugars. When the cells of pancreas develop genetic mutations, it leads to uncontrollable growth of cells. These cells continue to live even after the normal cells die and these accumulated cells form a tumor. Pancreatic cancer is seldom detected in its early stages. The symptoms do not appear until the cancer has reached its advanced stage. Many medical practitioners have difficulty in detection of cancer in the first stage to contain its spread. Stage 4 is the most dangerous stage, where it can even lead to death.

The fourth most common cause for death is pancreatic cancer. This cancer is known to have poor prognosis. The survival rate is 25% for 1-year and just 6% for 5-year, in case of metastatic cancer. The localized cancer has better survival rate at approximately 20% for 5-year. In stage IV cancer, the tumor is no longer localized and spreads to other parts like the stomach, spleen, and bowel. It can also spread to distant organs like lungs and liver. Stage IV pancreatic cancer is divided into two groups:

Stage IVA
It is locally confined, involving adjacent organs and blood vessels. This causes difficulty in surgically removing the cancer. This stage is known as localized or locally advanced stage.
Stage IVB
The cancer spreads to distant organs. This stage is also known as metastatic stage.

As mentioned earlier, symptoms appear when the disease has reached its advanced stage. It is therefore known as a ‘silent killer‘. Symptoms if any exhibited are varied and nonspecific in nature. These symptoms include:

The risk factors that increase a persons chances of suffering from cancer of the pancreas are:

The doctor may recommend the following tests if he suspects cancer in the pancreas:

Ultrasound
High frequency sound waves help create images of the pancreas. It helps determine if there is any blockage in the bile system and the blockage area is identified.

CT Scan
This test is recommended for people who have sudden, unexplained weight loss and abdominal pain. CT scans reveal, blockage of bile or pancreatic ducts or evidence of cancer spread beyond the pancreas.

Biopsy
A small sample of the pancreas is obtained and checked under the microscope to be sure of pancreatic cancer.

Liver function test
This test is used to find a combination of results that indicate obstruction in the bile duct.

The aim of treating pancreatic cancer is controlling the symptoms and pain due to the abnormal growth of cells. Patients may undergo palliative surgeries and doctors may try to relieve symptoms of jaundice, pain, nausea and vomiting due to bile duct blockage.

The palliative surgeries include:

People suffering from stage IV pancreatic cancer often suffer from immense, unbearable pain. To ease the pain doctors often carry out surgeries to cut off few nerves that carry pain sensations. Doctors inject alcohol into the area around certain nerves in the abdomen to block the feeling of pain. Morphine, opioid and narcotics are given to relieve the pain. Acetaminophen and non-steroidal anti-inflammatory drugs are also prescribed to ease the pain. Many patients are advised radiation therapy to shrink the tumor, thus relieving some of the pain.

Stage 4 pancreatic cancer is a very dangerous disease. The life expectancy is considerably low. Not only the patient, but his entire family goes through a tough time. People often go through stages of denial and disbelief. The person who is dying has to face not only the physical pain and the constant thought of death, but also see his loved ones suffering. If any person you know is facing this terminal cancer, extend your full support and make their last days worthwhile. Never lose hope till the end or it will be very difficult for the sufferer to spend their last days.