Symptoms of Acid Reflux in Infants

Acid reflux or gastroesphageal reflux disease (GERD) is a medical condition which occurs not only in adults, but also in small babies and young children. Let us take a look at some pediatric symptoms of acid reflux.

You are here: Home / General Health / Symptoms of Acid Reflux in Infants 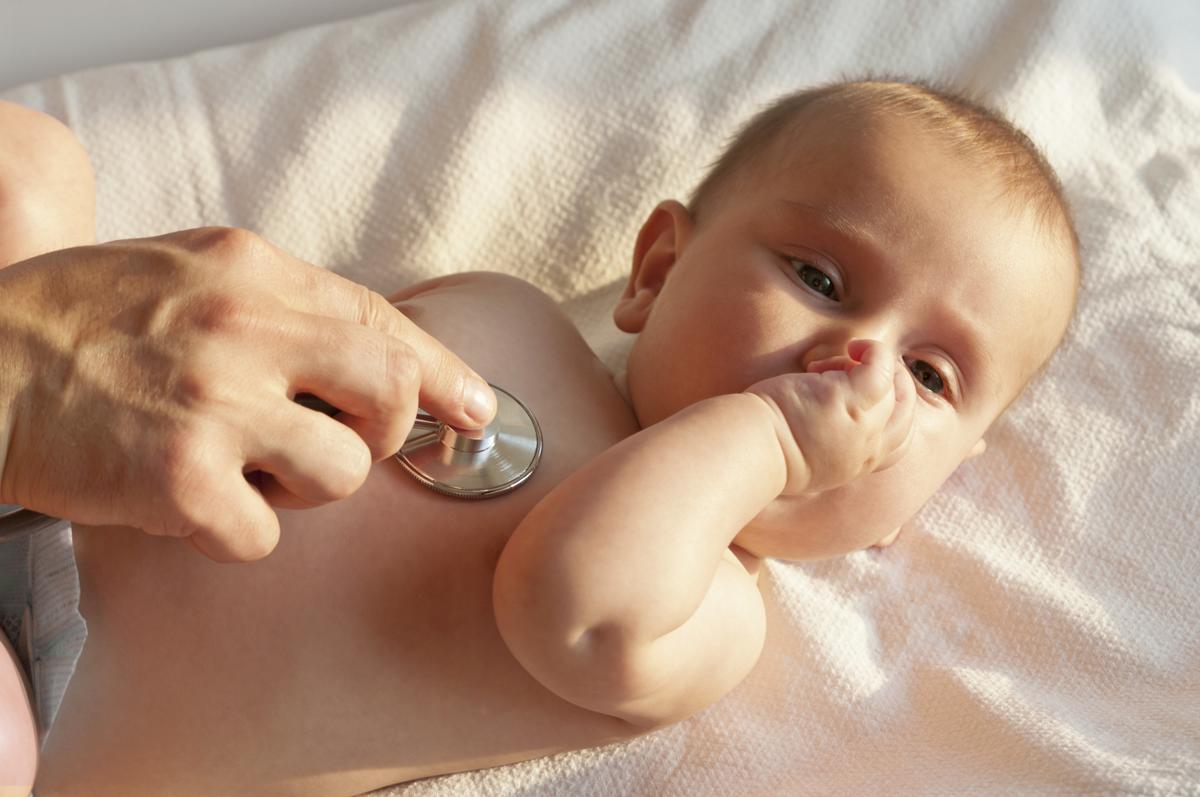 Acid reflux or gastroesphageal reflux disease (GERD) is a medical condition which occurs not only in adults, but also in small babies and young children. Let us take a look at some pediatric symptoms of acid reflux.

Almost all babies are known to spit after having their meals. When infants consume food or milk, it goes through the esophagus to reach the stomach. At the end of the esophagus is a small valve known as the lower esophageal sphincter which opens to let out the food into the intestine and then closes. In infants, this valve opens to let out gas from the body. Along with gas, small amount of stomach fluids and acid may also come up. Although this is normal in babies, when they start vomiting frequently, it may be due to acid reflux or GERD.

Acid reflux mainly occurs because the digestive system of infants is not fully developed. This is actually quite normal and it usually goes away within 12-18 months, without causing much problems to the health of the infant. However, in some babies acid reflux may occur because they have some muscle, heart or neurological problems. Sometimes, acid reflux can be caused due to overfeeding the baby or due to the intake of certain medications.

As infants cannot communicate their discomfort to their parents verbally, it becomes the responsibility of the parents to observe whether their baby is showing any signs or symptoms of acid reflux.

The most common symptom of acid reflux in infants is frequent vomiting. One may notice that the infant starts spitting up or vomiting, within an hour after feeding. Severe cases of acid reflux may see excessive and forceful vomiting. Parents may also notice the presence of blood in the vomit, stool and spit of the infant.

Babies are known to cry, when they feel pain or some kind or irritation. When infants have GERD, they may experience stomach or chest pain and sometimes, heartburn too. Due to this, they may go into bouts of crying quite often. They may also not be able to sleep properly and may wake up suddenly and cry constantly. It is also seen that infants cough and hiccup frequently, and also may have bad breath.

Another sign of acid reflux is that infants may refuse food or milk. They may cry while feeding, which may lead to choking. It has also been observed that some infants who have this disease may lose weight.

Sometimes, acid reflux can also give rise to respiratory problems and the infant may frequently be found with a runny nose, noisy breathing, sinus or ear infections, pneumonia, wheezing, asthma, bronchitis, etc. Due to the discomfort caused by the acid reflux, they may become ill-tempered, fussy and constantly cling to their parents.

If parents find any of these symptoms in their infant, it would be advisable to take the child to the doctor. In normal cases, the doctor diagnoses acid reflux just by knowing the symptoms. However, some infants may have to go through tests, to determine the severity of their condition. Some of the tests that are commonly administrated to determine acid reflux or GERD in children are X-ray, pathological tests, esophageal pH monitoring and upper endoscopy.

Normally, infants with mild acid reflux do not need any treatment and it disappears as the baby grows. However, infants with moderate and severe acid reflux can be given different types of treatment. They may be given medications, like acid blockers, antacid, acid suppressors, etc. Some changes in the child’s lifestyle may also be introduced to cure the child. Parents should never lay the infant in a straight position, rather the baby’s head should always be kept in a raised position with the help of a pillow. Other than that, the infant should be kept in an upright position until thirty minutes after being fed. Taking little extra care will definitely relieve and cure your baby from the discomfort caused by acid reflux.