Although seemingly far-fetched, the idea that a vast portion of the human population may be under the control of a mind-controlling parasite is gradually gaining traction in the scientific community. Let us take a closer look at the link between the cat parasite T.gondii, and the way it might be influencing human culture.

You are here: Home / General Health / The Link Between Cat Parasite And Human Culture

Although seemingly far-fetched, the idea that a vast portion of the human population may be under the control of a mind-controlling parasite is gradually gaining traction in the scientific community. Let us take a closer look at the link between the cat parasite T.gondii, and the way it might be influencing human culture.

A flatworm called the green-banded broodsac, is known to infect gastropods such as snails. Under the influence of the parasite, the snails expose themselves to birds and get eaten, where the worms reproduce in the bird’s intestines. Their eggs are released in the feces, which are eaten by snails, starting the cycle all over again.

The idea that brain-parasites are able to control human behavior is a disturbing thought. Until recently, this concept was strictly left in the realm of science-fiction. However, with advances in medical research, scientists now believe that such a situation is not only possible, but is actually occurring on a large-scale across the world. For the purpose of studying this phenomenon, the parasite that we are going to focus on is Toxoplasma gondii, a species of protozoa, which is primarily found in the body of cats.

Why Toxoplasma gondii is Such a Big Deal

Most species of parasites have adapted and specialized themselves to such an extent that, they are effective in only one kind of host. However, T. gondii does not have such limitations, and almost all kinds of mammals can be infected by it. The weird thing is that around 65% of the human population in the world is estimated to have been infected. However, most people have never heard of T. gondii before, which could make it a hidden threat on a global scale.

Although, the parasite can affect all kinds of mammals, the cat is its preferred host. This is because the protozoa has to reproduce asexually in other animals, which is an energy-consuming and slow process. However, in the intestine of a cat, T.gondii can reproduce sexually very easily, producing millions of eggs in a short period of time, which are deposited in the cat’s feces. From here, the parasite can enter the bodies of other hosts, through drinking water, unwashed vegetables, uncooked meats of infected animals, etc. Let us now study how the parasite infects a host’s body.

Although the protozoa species is usually benign, in rare cases, people with a weak immune system can also risk death upon infection. But most people never come to know that they have been infected. In fact, when researchers first tried to study the parasite, they found it difficult to find any trace of the protozoa at all. This was because, T.gondii hide themselves inside the dendritic immune cells of the host’s body.

The primary function of dendritic cells is to capture harmful foreign bodies and transport them to the lymphoid nodes, where the immune system decides whether to destroy the dendritic cell along with the contaminant, or to let it be. However, in the case of T. gondii, the parasite somehow stops the dendritic cells from destroying themselves, and directs them to move around the body, somewhat similar to a person taking a cab ride around the city. Since they are hidden inside immune cells, they can travel to any part of the body unopposed. Such is their ability to spread, that they could easily overcome our bodies and kill us. But killing the host is counterproductive to their growth. These parasites have a different objective instead.

Safe within the dendritic cell armor, the parasites easily bypass the potent defense systems of the brain, after which they start to reproduce asexually, affecting our memories, personality, and behavior in ways which are not understood fully as yet. If the T.gondii was inside the body of a cat, it would make its way to their intestines to start reproduction. However, in any other host, its objective is to get to a cat.
Studies on infected rats have shown some astounding results. Rats and mice normally fear open spaces, unusual foods, and cats. However, after being infected, rats no longer show any fear of cats, while the other fears remain intact. In fact, infected rats are now attracted to the scent of cats, and actively seek out their natural enemies. This way they expose themselves to danger, often getting eaten by cats, fulfilling the parasites aim, to get to a cat’s intestine, where it can reproduce sexually. But is it possible that these parasites are similarly affecting the behavior of infected humans? 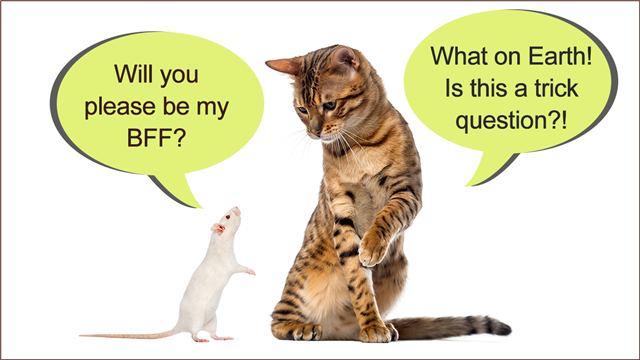 Research on the effects of T. gondii in humans was not initiated until very recently. So, how the parasite affects human behavior is not completely understood as yet. However, since 1992, a series of studies have been conducted by the Charles University in Prague. The subjects tested included hundreds of students and faculty members, military recruits, blood donors, pregnant women, and toxoplasmosis patients. Through these studies, certain observations have been made, which can give us a general idea as to the behavioral changes in people who have been infected: 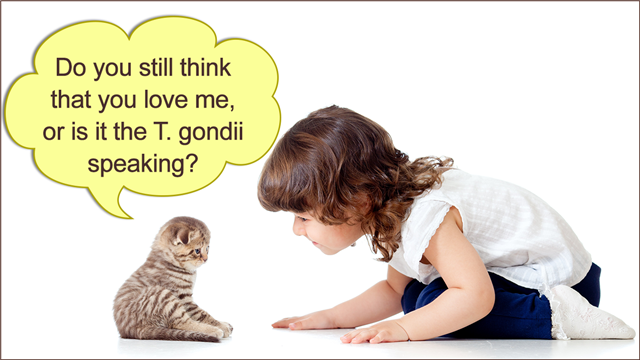 This behavior can be attributed to the changed levels of hormones such as dopamine and GABA in the infected person’s system. Obviously, a lot more research has to be done before these indications are proven conclusively. However, if the cat parasite really affects human personality, and if over 60% of the people on earth are already infected, could the parasite actually be affecting human cultures on a global scale?

The idea behind the thought is that the culture in a particular region comes from the aggregate personalities of the people in the area. To find out if Toxoplasma gondii infection can affect entire human populations, psychologists have been studying personality traits of infected people across different geographical locations of the world, for years.

The prevalence of infection in a population depends on factors such as climate and diet, which is why there is a significant difference in infection rates between various countries. The preliminary results of these studies show some interesting results. For example, almost every country with a high prevalence of toxoplasmosis also has a high proportion of neurotic individuals in the population. However, again there is no concrete evidence for the involvement of the cat parasite in the difference of cultures of different countries like China and France. We will not know until mores studies are conducted.

One occasionally comes across a person who is obsessed with hoarding a number of cats in their home, completely convinced that their feline companions would not survive without them. Can this behavior be attributed to real love for the animal or is it the insidious work of a parasite in their brains? Is the T. gondii affecting people like it affected the rats? If you are a cat lover, and these questions disturb you, there are certain precautions to be taken to protect against the cat parasite.

T. gondii is a fascinating species for researchers around the world, and further studies on their effects on the human psyche are undertaken everyday. However, until we don’t have a complete understanding, it is best to just stay safe.