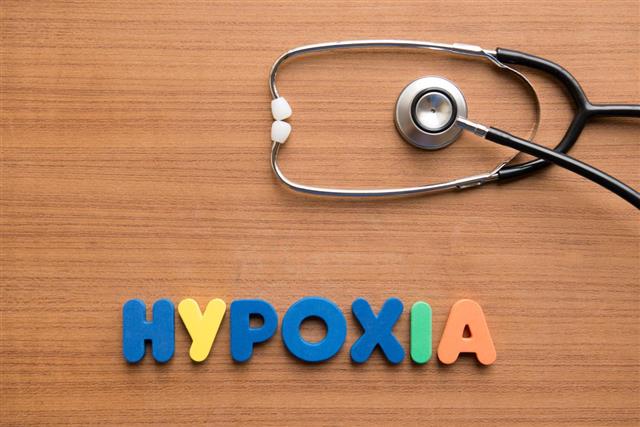 The human brain needs a constant supply of oxygen, and when the brain cells are starved of oxygen, they start dying as early as four minutes after the oxygen supply is cut off.

Anoxia and hypoxia are closely-related terms. Anoxia results from a complete lack of oxygen supply, whereas hypoxia is said to occur when there’s a lack of adequate supply of oxygen. A person is diagnosed with cerebral anoxia or an anoxic brain injury when there is a complete lack of oxygen supply to the brain. Due to the close connection between these two conditions, injuries wherein the blood supply to the brain is disrupted, are sometimes referred to as hypoxic-anoxic brain injuries (HAI).

Timely treatment is extremely essential as the likelihood of brain damage increases with every minute. Loss of cognitive function and memory deficits are often linked to the delay in administering treatment. Difficulty in talking, short-term memory loss, visual disturbances, movement disorders, and unconsciousness are some of the symptoms of an anoxic brain injury.

In the event of an anoxic brain injury, certain diagnostic procedures or imaging studies are commonly conducted for assessing the extent of damage caused by disruption of the oxygen supply. These include:

The extent of brain damage depends on the duration for which the brain is deprived of oxygen, and the time for which the person remains unconscious. The treatment and prognosis depend on the reason behind an anoxic episode, and also the severity of the anoxic episode. Some of the contributing factors for an anoxic brain injury are given below:

Once the doctors have gathered information about the nature of the incident that caused the injury, they can decide what needs to be done. The treatment can be divided into two phases. The first phase involves the treatment of the cause of lowered oxygen supply to the brain, and the second phase addresses the rehabilitation of the patient.

Long periods of unconsciousness may lead to brain death, which refers to a condition when the brain stops working altogether. To avoid this, patients are kept on ventilators to maintain the normal level of oxygen. The most suitable treatment option is decided on the basis of the underlying cause.

➞ The aim is to restore the supply of oxygen to lower the risk of brain damage. Restoring the heartbeat and blood pressure to normalcy is also essential.

➞ In severe cases, the patient is immediately admitted to the ICU. Administration of drugs and oxygen therapy is an integral part of the treatment. The affected individual is put on a ventilator, with intensive care support so as to improve his/her chances of survival, and minimize the risk of brain damage.

➞ The treatment approach could depend on the underlying cause. For instance, if the cause of anoxic brain injury is a blood clot, then doctors aim at the dissolution of the blood clot.

➞ Medication that is administered may also vary, depending on the signs exhibited by the patient. Steroids might be given for treating or preventing swelling of the brain. Barbiturates, which are a type of depressants, might be administered to suppress the activity of the entire nervous system. If the blood supply to the brain was cut off due to carbon monoxide poisoning, hyperbaric oxygen treatment might be recommended.

➞ At times, therapeutic hypothermia may be recommended. In this procedure, the patient’s core temperature is brought down to 32 – 34°C. The logic behind this medically-induced cooling procedure is that cooling may decrease the oxygen and energy requirements of brain cells, thereby speeding up the healing.

The blood supply to the brain can get disrupted due to anemic anoxia (blood’s inability to carry enough oxygen), toxic anoxia (presence of toxins such as carbon monoxide), stagnant anoxia (slow peripheral circulation due to stroke, heart attack, shock, etc.), or anoxic anoxia (insufficient oxygen in the environment). Whatever be the cause, the treatment for anoxic brain injury must be started as soon as possible. The prognosis of this condition depends on the duration for which the oxygen supply to the brain is restricted. If the brain is deprived of oxygen for a long period, it may lead to cognitive and memory deficits. The longer someone remains unconscious, the greater is the likelihood of death or brain death. Full or meaningful recovery might be possible in cases where the patient lost consciousness for a very brief period.