The type 1 diabetes is a chronic ailment, in which the pancreas produces little or no insulin hormone. This article deals with the symptoms, diagnosis, treatment, and probable complications of type 1 diabetes. 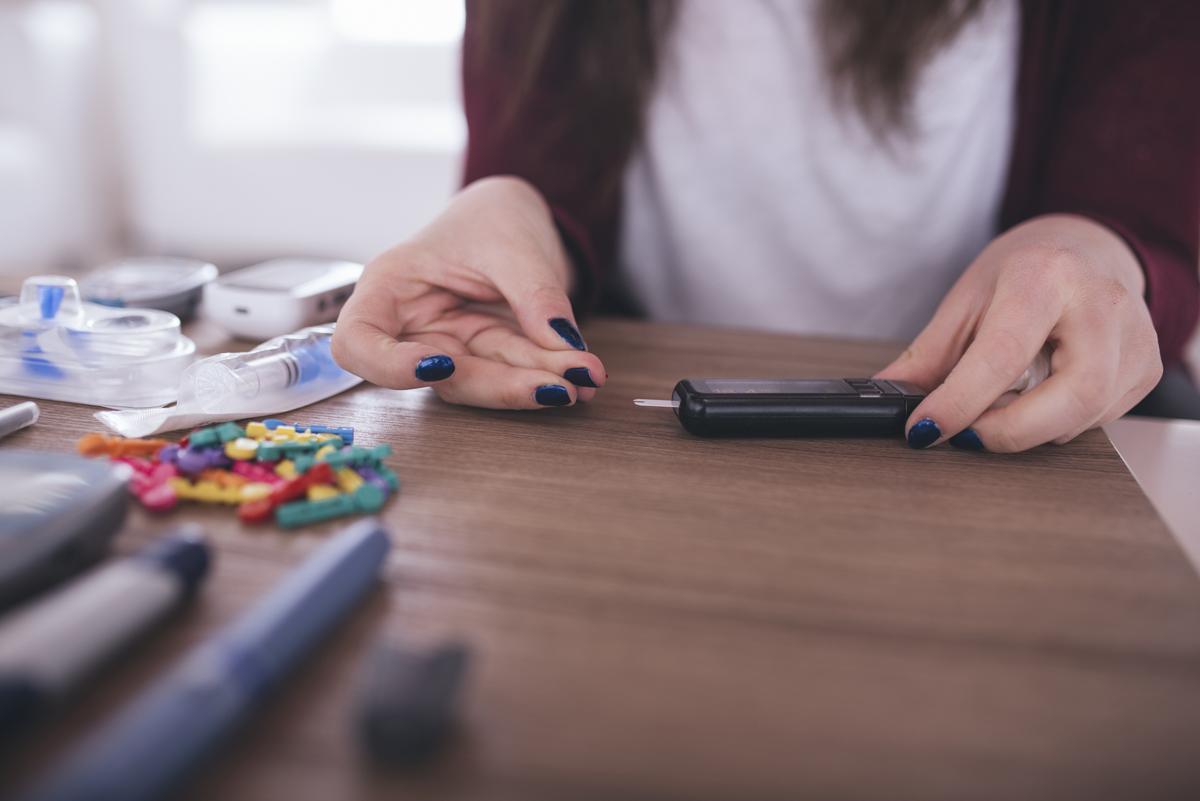 The type 1 diabetes is a chronic ailment, in which the pancreas produces little or no insulin hormone. This article deals with the symptoms, diagnosis, treatment, and probable complications of type 1 diabetes.

Diabetes is a metabolic disorder, characterized by higher blood sugar (glucose) level. Also called diabetes mellitus, it is caused when the body either doesn’t produce insulin or use this hormone improperly. Insulin is secreted by the pancreas and is required for the breakdown of sugar, starches, and other carbohydrate forms to release energy. It also induces the body cells to take up glucose from the blood for performing normal functions. In other words, insulin controls the normal blood sugar levels of the body.

Diabetes itself is a chronic autoimmune disease, accompanied with the abnormal metabolism of glucose by the body. What happens in the type 1 diabetes is, the beta cells of the pancreas (responsible for the production of insulin hormone) are damaged. In such a case, the beta cells do not function properly and insulin secretion is impaired. When the body doesn’t secrete or use insulin properly as it should, the cells start utilizing proteins and fats for energy production. Overall, body metabolism gets disturbed, resulting in various symptoms.

This type of diabetes is again classified into two types – immune-mediated and idiopathic. In the former case, the body’s immune system destroys or attempts to destroy the beta cells of the pancreas. On the other hand, the exact cause of idiopathic type is not known. Majority of the type 1 diabetes cases are reported to be immune-mediated type. With reference to the disease onset age and etiology, type 1 diabetes is also referred to as childhood, juvenile or insulin-dependent diabetes. Previously it was thought that this form of diabetes affected only children, hence the name juvenile or childhood diabetes. However, it is proved to be wrong and it affects people of all ages.

The etiology of insulin-dependent diabetes is not confirmed as yet. However, medical experts are of the opinion that both genetic and environmental factors are responsible for causing this form of diabetes. People diagnosed with type 1 diabetes experience different symptoms of which high sugar level in the bloodstream is exhibited by all afflicted patients. Let’s see some of the common signs and symptoms associated with this chronic disease.

A patient with type 1 diabetes experiences the urge for frequent urination or production of an abnormally large volume of urine. Polyuria along with the presence of high level of sugar in the urine are the early signs of an undiagnosed diabetes. The volume of urine output for an adult person suffering from polyuria would be at least 2.5 liters over 24 hours.

A type 1 diabetic drinks a large amount of fluids. Since the blood contains excess sugar and draws fluid from the surrounding tissues due to osmosis, the patient feels thirstier. In addition, polydipsia is directly related to polyuria. As a result of polyuria, the body loses large volume of fluid resulting in dehydration. Thus, the patient feels thirsty and he/she drinks large volume of fluid to compensate the lost fluid.

Since patients of insulin-dependent diabetes suffer from polyuria, they get dehydrated and feel tired all the time. Also, due to the absence of insulin, most of the sugar from the blood is excreted in the urine. This leaves the body cells without any energy source. Thus, patient experiences increased weakness even without performing strenuous activities.

Type 1 diabetics tend to lose more weight than those having other types of diabetes (type 2 diabetes and gestational diabetes). This is due to the excretion of abnormally large volume of fluid along with sugar in the urine. So, even if a regular diet plan is follwed, the patient notices a significant reduction in the weight value.

Blurred Vision and Other Symptoms

Excess glucose level in the blood affects all the body cells including the eye lenses, which is the outcome of osmosis. Thus, the focus of the retina gets disturbed, leading to blurred vision. Other notable signs of type 1 diabetes include nausea, vomiting, slow healing of wounds, and increased risk to infections.

Early diagnosis of this metabolic disorder is very difficult. In fact, many people having insulin-dependent diabetes remain ignorant of their condition. This is because the symptoms of diabetes are similar to other medical conditions, thereby adding confusion. Several tests and routine examination are to be taken for identification of diabetes. Diagnosis is done, if the blood test results show higher sugar level in comparison to normal sugar level. In general, blood glucose level of 100 milligrams per deciliter (mg/dL) is considered normal. The following are tests conducted for diagnosis of type 1 diabetes.

Analysis of urine is one of the several tests performed for diagnosis of diabetes. Over here, the physical, chemical, and microscopic examination of urine is carried out. The urine sample is tested for presence of ketones and glucose, which result from the breakdown of fats. If there is presence of high glucose in the urine sample, it indicates a high chance of type 1 diabetes. However, urine analysis alone is not reliable for diagnosing diabetes.

Random blood glucose test is done at any time of the day (without fasting) to measure the amount of glucose in the blood sample. Results may vary depending upon the intake of food and fluids before the test. The normal results would be 70 – 130 mg/dL before meals and less than 180 mg/dL after meals. However, diabetes is suspected if the blood sugar level is higher than 200 mg/dL.

Note: The urine and blood test results may vary slightly for different laboratories. For any confusion, discuss with you physician or a qualified specialist.

This form of diabetes is treated by giving external insulin, along with diet management, lifestyle changes, and regular monitoring of blood sugar. Insulin hormone can be provided externally by injecting insulin or by continuous subcutaneous insulin infusion therapy (insulin pump). In the course of type 1 diabetes treatment, sugar level of the bloodstream is checked on a regular basis. Nowadays, a medical instrument for determining blood glucose levels called glucose meter or glucometer is available, with which one can check blood glucose at home without visiting a clinic.

Type 1 diabetes treatment may vary from one person to another, depending upon the age, health condition, medical history, and severity of the disease. If left untreated, it can lead to health complications such as diabetic coma and diabetic ketoacidosis (DKA). DKA is a serious complication of insulin deficiency, wherein the production of stress hormones such as cortisol is increased significantly. Other diabetes related health complications include eye problems, kidney failure, limb amputation, and heart diseases. Recent studies reveal that diabetes is one of the leading causes of adult blindness.

A person who is obese and have a family history of diabetes should be more careful. Though treatment is available, there is no permanent cure for diabetes. At present, insulin treatment is recommended and may be continued for some time, until a better treatment or a cure is discovered. Despite all these, a person with type 1 diabetes can certainly stay healthy by following a diabetic diet, performing regular exercise, and controlling blood sugar level.