Uses and Side Effects of Naproxen

Placed in the category of nonsteroidal anti-inflammatory drugs, naproxen is often prescribed for treating fever, swelling, or stiffness. This HealthHearty write-up provides information on the uses and side effects of naproxen.

You are here: Home / General Health / Uses and Side Effects of Naproxen 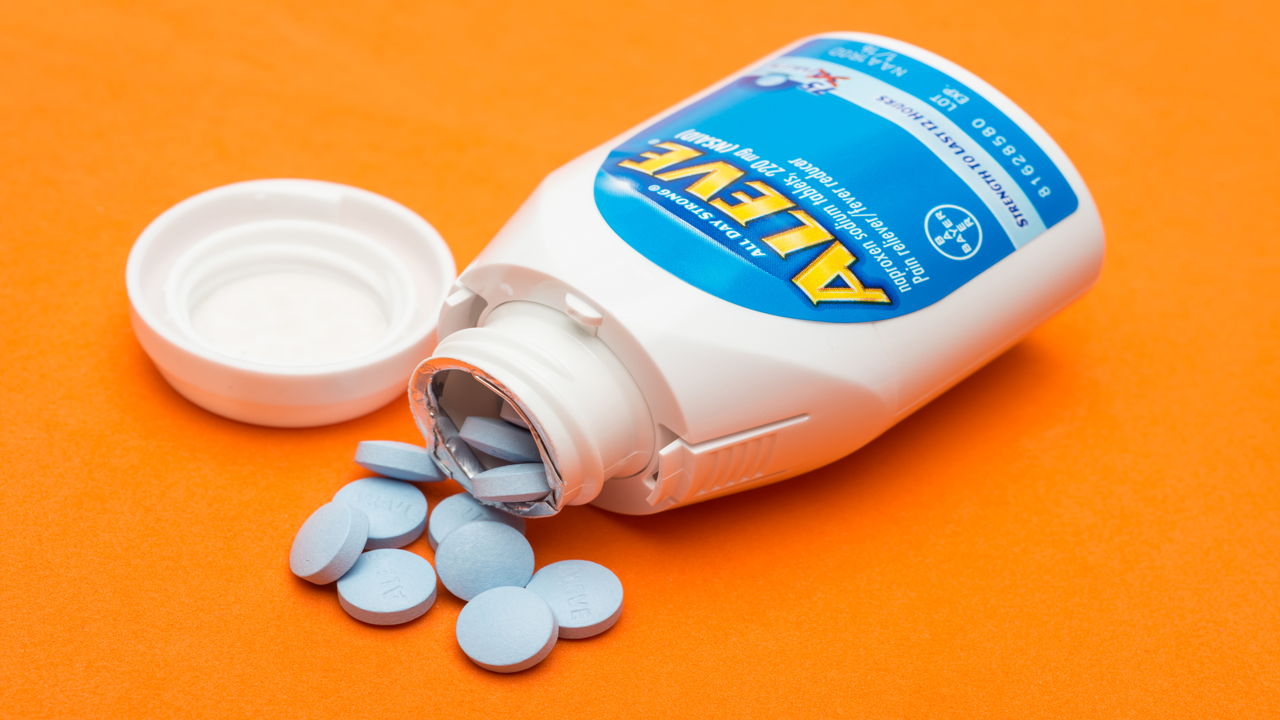 Placed in the category of nonsteroidal anti-inflammatory drugs, naproxen is often prescribed for treating fever, swelling, or stiffness. This HealthHearty write-up provides information on the uses and side effects of naproxen.

Marketed under brand names such as Naprelan, Naprosyn, Anaprox, Aleve, Aflaxen, etc., naproxen is a derivative of proprionic acid. It is related to the arylacetic acid group of NSAIDs. As the name suggests, nonsteroidal anti-inflammatory drugs such as naproxen (Naprosyn, Anaprox), ibuprofen (Advil, Motrin) and ketoprofen (Orudis KT, Actron) help reduce inflammation. Basically, they inhibit the production of prostaglandins, which are chemicals that are responsible for causing inflammation in the body. Inflammation is often a part of the healing process, but it can give rise to a host of symptoms such as pain, fever, swelling, etc. Like the other NSAIDs, naproxen also reduces inflammation, thereby providing relief. It is often prescribed for treating conditions that are characterized by inflammation. Besides being an analgesic, it also has antipyretic properties, which means that it can be taken to treat fever. It is available in the form of suspension tablets, enteric coated tablets, extended release tablets, and liquid-filled capsules.

What is Naproxen Used For?

Inflammation is the immune system’s response to an injury or infection. It facilitates tissue repair and helps speed up the healing process. However, it can give rise to unpleasant symptoms. Under such circumstances, doctors prescribe nonsteroidal anti-inflammatory drugs for providing relief from such symptoms. Naproxen or other NSAIDs work by inhibiting or blocking cyclooxygenase (COX-1 and COX-2) enzymes that are responsible for the production of prostaglandins. More often than not, naproxen is prescribed for the following conditions:

While naproxen tablets and suspension are prescribed for the treatment of certain types of arthritis, bursitis, tendinitis, or pain experienced during menstruation, nonprescription naproxen is used as a painkiller and antipyretic for reducing fever and relieving mild pain due to headaches, muscle aches, backache, toothache, menstrual periods, common cold, etc. It is often prescribed for long-term use in case of individuals who are at a greater risk of developing cardiovascular complications. Unlike other NSAIDs, it is less likely to cause such complications.

Though the reduction in the production of prostaglandins due to naproxen usage helps alleviate fever, pain, or swelling, there can be adverse drug interactions. Therefore, this drug is contraindicated under certain circumstances. Therefore, inform your healthcare provider if:

Inform the healthcare provider, if you are taking the following drugs:

Some of the serious side effects include:

Seek medical help immediately, in case of a severe allergic reaction that causes the following symptoms:

✦ Hives
✦ Swelling of the lips, tongue, throat, or the face
✦ Difficulty breathing or swallowing

It is extremely important to take the drug as per the prescribed dosage. While the extended-release tablets are usually taken once a day, the delayed-release tablets and suspension are usually taken twice a day by individuals affected by arthritis. The tablets and suspension are usually taken every 8 hours for gout, and every 6 to 8 hours as needed for pain. While prescription naproxen should be taken at the same time daily, nonprescription naproxen tablet and the gelatin-coated tablet can be taken every 8-12 hours with a glass of water, or as needed. It must be noted that untoward effects can occur in the event of an overdose. The symptoms of an overdose might include:

On a concluding note, naproxen has been linked to the risk of gastrointestinal bleeding due to the reduced production of prostaglandins. In order to reduce the risk of bleeding, naproxen might be given with a proton-pump inhibitor (a drug that reduces the production of stomach acid), especially in case the patient has an existing stomach ulcer or there’s a greater possibility of developing an ulcer while on NSAIDs. This drug must be stored in a cool, dry place, where it is out of the reach of children. If you forget to take a dose, take it as soon as possible. However, don’t double the dose to make up for the missed one. Do inform your healthcare provider about co-existing medical conditions or the drugs/nutritional supplements that you are taking. Seek medical assistance at the earliest, if you experience severe side effects.